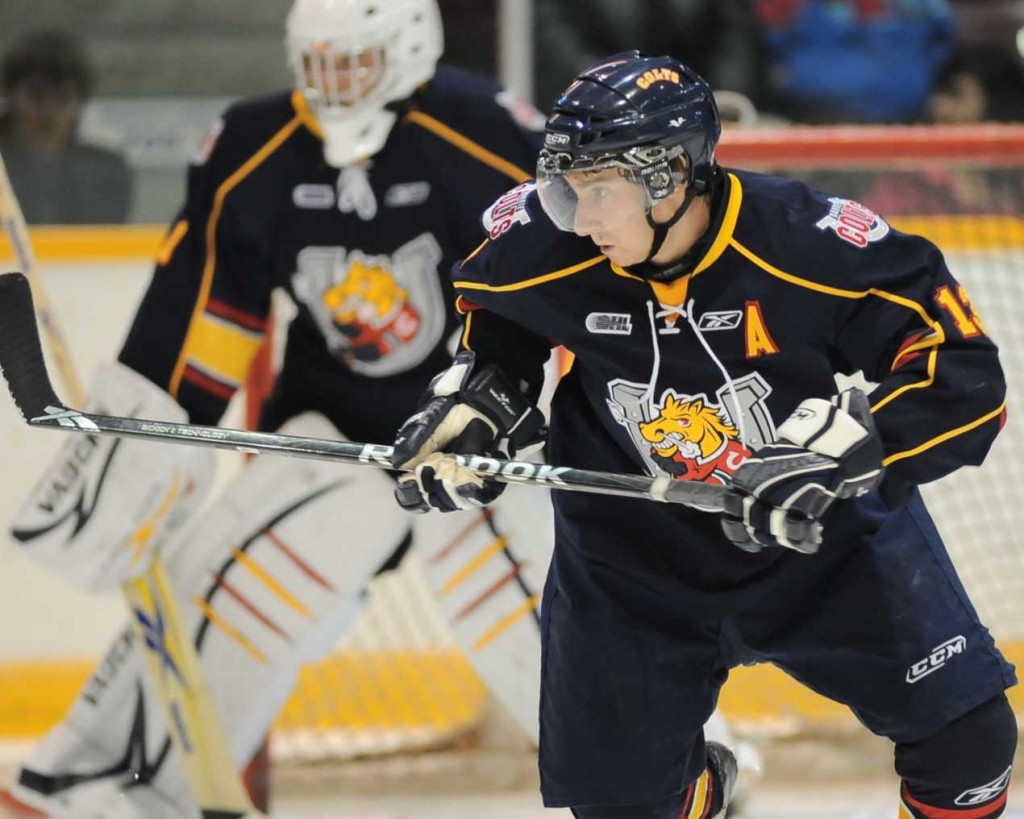 Clint Windsor got the nod in goal for the Colts for the second straight game Saturday night in Barrie.

The Colts got a great effort from Windsor Friday night in Sudbury but fell to the Wolves 3-2 for their second loss of the weekend.  On Thursday night Barrie dropped another one-goal game to the Owen Sound Attack 5-4.

Saturday night the Windsor Spitfires made their only stop of the season to the BMC and extended their win streak to five games.  They have not lost since adding former Colt Taylor Carnevale who now has two goals and four assists since joining the Spitfires, after scoring the game’s first goal early tonight.

Stephen Johnston set up Carnevale at 3:36 of the first period to make it 1-0, it was the only goal of the opening period.

Ryan Ellis would score short-handed 2:21 in to the second period to give Windsor a two-goal lead.  Just 1:45 later Mark Scheifele scored his 11th from Colin Behenna to cut the lead in half.

The Colts were able to tie the game on their second 5 on 3 advantage of the period when Dylan Smoskowitz, who was honoured earlier in the night with the Colts Education Award, scored his 12th from Steven Beyers and Matt Ashman.

The shots after two periods were 25-24 in favour of Windsor, with the scored locked at two.

Windsor would pull away in the third on Ellis’ second of the game which would hold up as the game-winner.

John Cullen stopped 23 shots and records the win, while Clint Windsor stopped 35 of 39 shots in a losing cause.