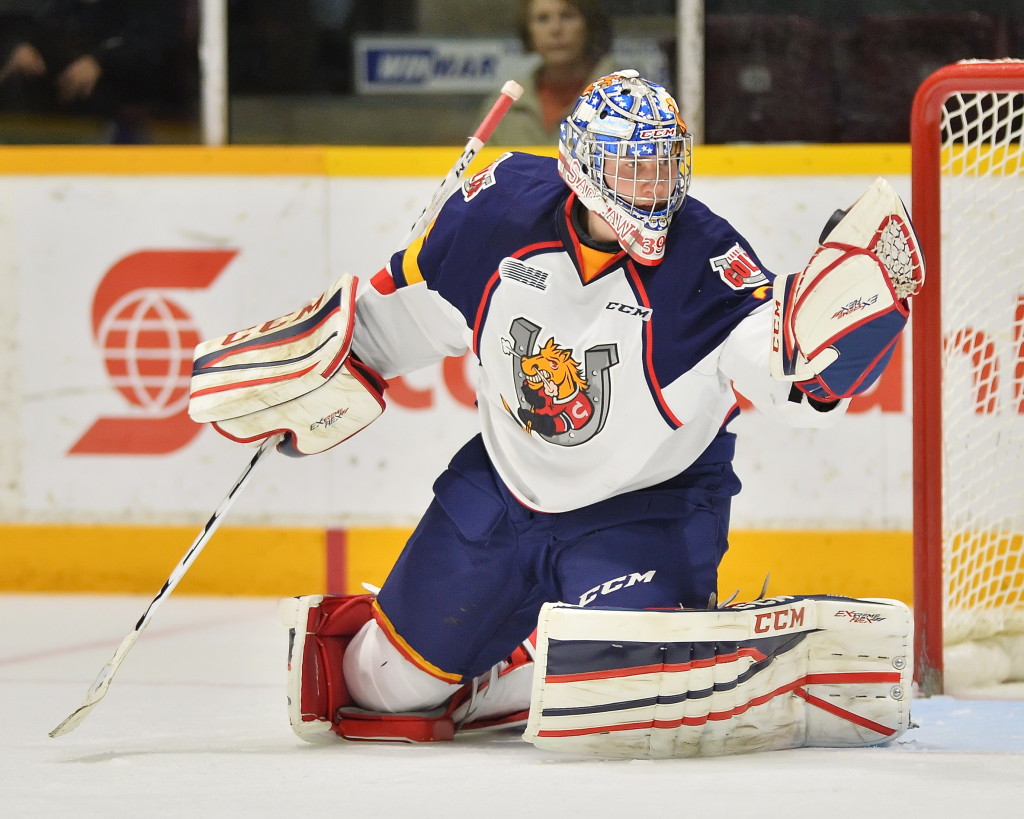 For the second time this season, the Colts faced the Windsor Spitfires. The preview time these two teams met, the Colts got the best of the Spits, winning 3-1 in Barrie. Coming in to the game, the Colts are 8-2 in their last 10, while the Spits were 4-5-1-0, holding down the 5th spot in the Western Conference.

With two of the top teams in the league going at it, both having accumulated 72 points on the season thus far, it was bound to be a close game.

In Thursday night’s matchup, the Spits would find the back of the net first and would never find themselves down in the game, grabbing a 4-2 win. Dylan Sadowy and Kevin Labanc scored for the Colts in the loss, with Justin Scott, Andrew Mangiapane and Julius Nattinen recorded the assists.

Only five minutes later the Colts would tie it up when Sadowy notched his 35th goal of the season. Scott got the puck to Sadowy who cut through the Spitfires zone and fired a shot that deflected top shelf.

The second period would see chances at either end, but it was the Colts who would net the first one of the period. 8:38 into the period, Nattinen kept the puck in the Colts zone, getting it to Mangiapane breaking through the slot. At that time, Labanc was going towards the front of the net, and Mangiapane fed him on the doorstep. Labanc’s goal was his 35th of the season, extended his league leading point total to 107.

Then, with just under eight minutes to go in the second period, the Spits would once again grab the lead. Logan Brown would carry it into the Colts zone, show some patience and zig and zag through the slot before firing it home for his 13th goal of the season. Christian Fisher and Brendan Lemieux earned the assists for the Spits on the 3-2 go-ahead goal.

The second period would finish with the Spits up a goal, as well as outshooting the Colts 26-11 through 40 minutes.

Despite their best efforts, the Colts weren’t able to come back from being down one goal. In the last minute, after the Colts pulled Ovsjannikov for the extra attacker, Brendan Lemieux would intercept a Colts play and break down to the empty net. Lemieux hit the post but then gathered the puck and put it into the empty net to extend the Spits lead to 4-2.

That would be how the game would end as the Colts fell for the 19th time of the season. The Colts were unable get anything going on their power play chances on the night, while they held the Spitfires to 1 for 5 on their power play opportunities. Ovsjannikov stopped 30 of the 34 shots that he faced on the night, and Spits goalie Mario Culina shut the door on 18 of the 20 shots the Colts fired his way.

The Colts are back in action Friday night as they travel to take on the Sarnia Sting. Saturday night the Colts return to the BMC for a big divional matchup against the Mississauga Steelheads. For tickets to that game, please visit the BMC Box Office or www.ticketbreak.com.