SCHEIFELE TO MAKE A RUN FOR THE CALDER CUP 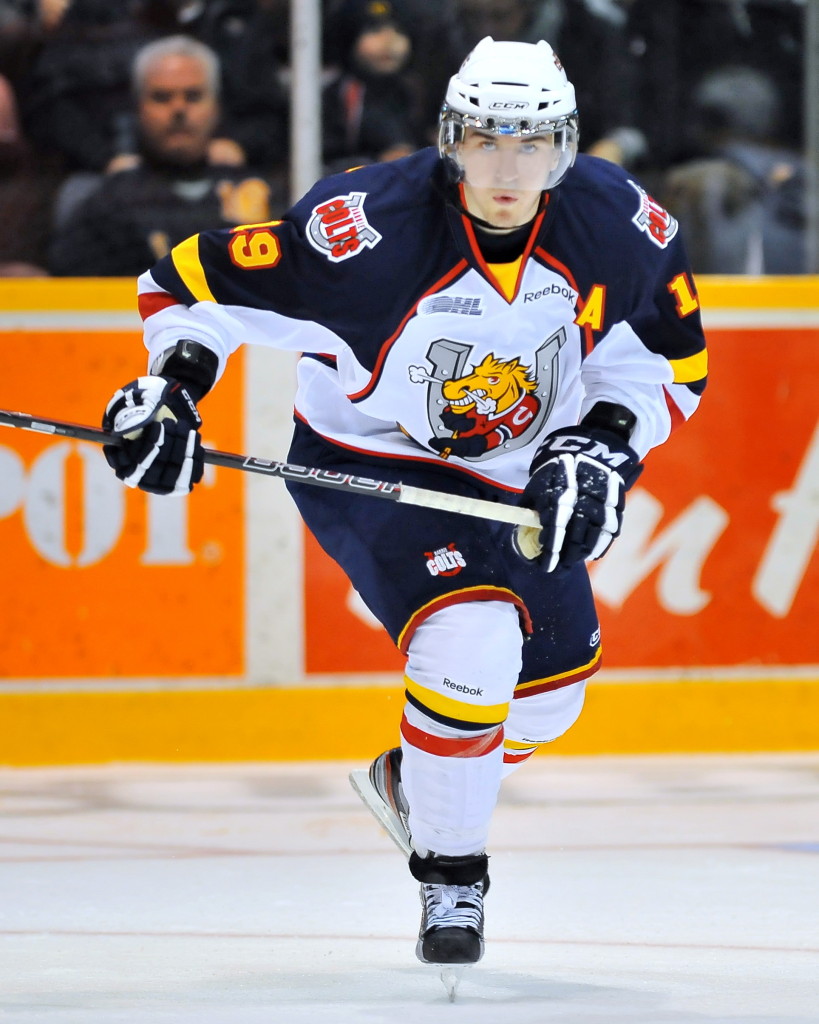 Barrie Colts forward Mark Scheifele and the St. John’s IceCaps have been eliminated in the conference finals of the 2012 Calder Cup playoffs.

The IceCaps scored just two goals in four games against the Norfolk Admirals who swept the IceCaps en route to the Calder Cup finals.

Scheifele finished the post-season with one assist and two penalty minutes in ten games played after the Winnipeg Jets assigned the 19 year-old forward to their American Hockey League affiliate.

Scheifele made his AHL debut in round one and picked up his only point in game four of their opening round series against the Syracuse Crunch.

After taking care of the Crunch in six games, St. John’s disposed of the Wilkes Barre-Scranton Penguins in seven games.  Playoff Brackets.

Scheifele started the season with the Jets and played seven regular season games after leading the club in pre-season scoring.

The Kitchener native scored one goal for Winnipeg against the Toronto Maple Leafs on October 19th, before being shipped back to Barrie where he joined the Colts.

Scheifele scored 23 goals and 40 assists for 63 points in 47 games this season with Barrie.  In the post-season the center had 12 points in 13 games, as the Colts were eliminated in the seventh game of the Eastern Conference semi-finals.