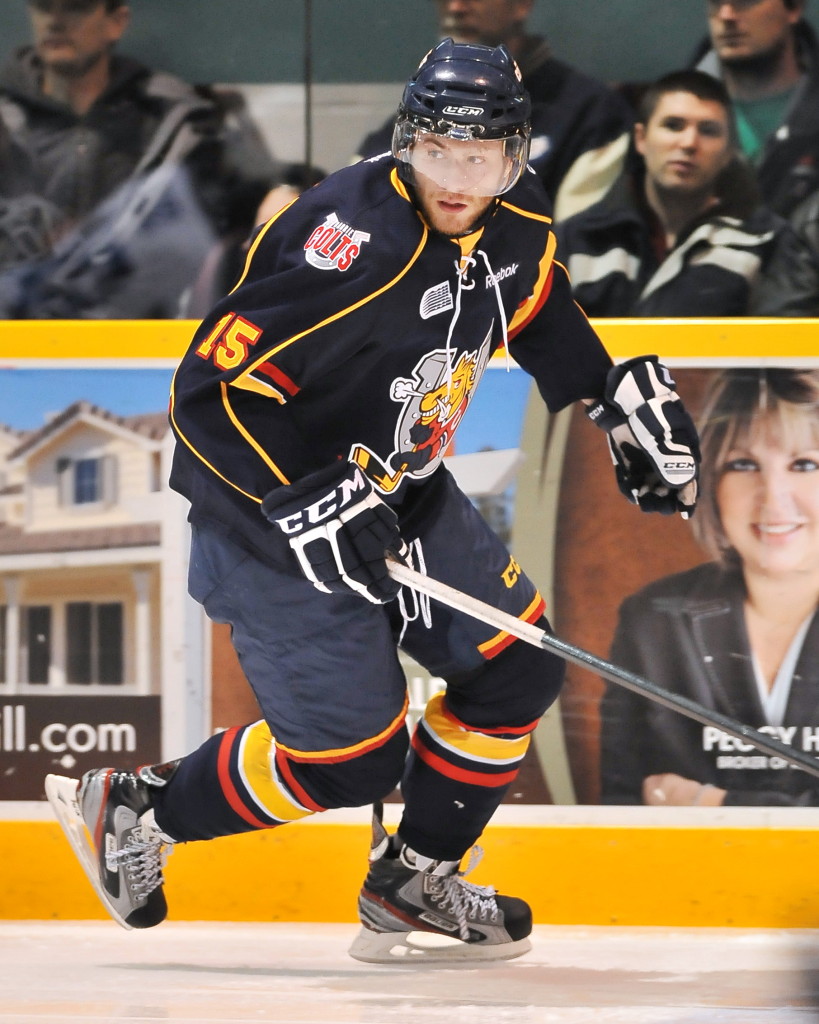 The Ottawa 67`s will live to play another day as they avoid elimination Friday night with a 2-1 home-ice win.  Tyler Toffoli had a goal and an assist, while Petr Mrazek stopped 31 shots for the win.

After a scoreless first period the 67`s got things started in the middle period as Cody Ceci scored his first of the playoffs from Sean Monahan and Tyler Toffoli.  Niederberger wasn`t able to control a rebound that came right to Ceci who one-timed it past the Barrie goal-keeper.

The Colts would equalize the game later in the frame as Daniel Erlich broke out with the puck and wristed a shot towards Petr Mrazek, that somehow found the back of the cage.  Mark Scheifele had the lone assist on Erlich`s third goal in as many games.

Before the period came to a close the 67`s would re-take their lead on a scramble goal that was finally put home by Toffoli with just nine seconds left in the second period.

The 67`s hold the top-rated penalty kill in the playoffs and have yet to allow a power play goal on home ice, as the Colts could not capitalize on five power play opportunities.

Game six will be held in Barrie on Sunday night at 7:30 p.m.