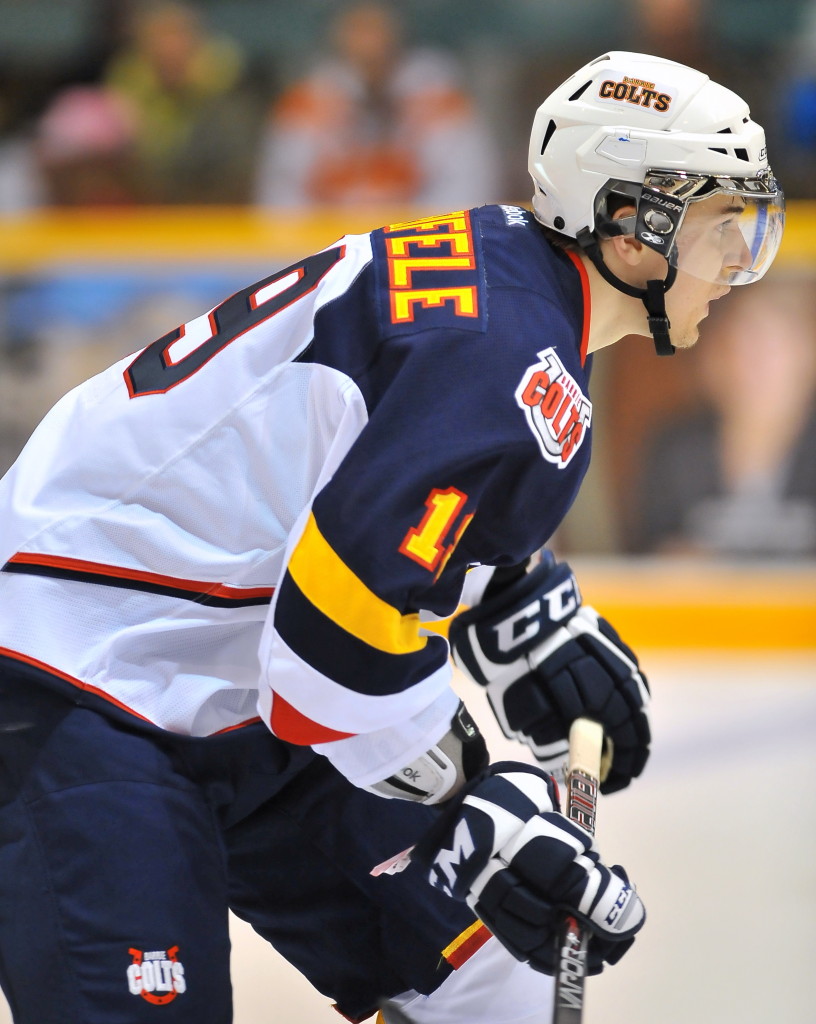 The Barrie Colts season came to a close Tuesday night in Ottawa in what was a wild game seven of the Eastern Conference semi-finals.  The CHL’s most-improved team fell to the 67’s 4-3 in overtime, as Brett Gustavsen scored the game-winner.

Ottawa will now play the Niagara IceDogs in the Eastern finals.

The Colts managed to tie the game with nine seconds to go in a thrilling third period that saw two goals scored in the final 25 seconds.

Barrie opened the scoring just 2:32 in to the game on a Gregg Sutch goal from Steven Beyers, who was playing for just the first time this series.  Sutch snapped a shot over the shoulder of Petr Mrazek for the only goal of the opening period.

Dalton Smith was a physical presence all night long and would tie the game in the second period with help from Tyler Graovac and Marc Zanetti.

Josh MacDonald looked to have the winner when he rushed down the right wing and beat Mrazek to the far side at the 8:49 mark of the third period.  The 67’s, however, would score less than four minutes later to tie the game at two.

Cody Ceci beat Mathias Niederberger with his second of the playoffs to tie the game at two, and give the Ottawa crowd a bit of life with under eight minutes to go.

A Colts too many men penalty gave the 67’s a chance to win it late in the third period and Sean Monahan would score for Ottawa with just 25 seconds to go.

Barrie put all hands on deck for the final 25 seconds and got the puck inside the Ottawa zone where Mark Scheifele batted the puck out of the air to tie the game with nine seconds left on the clock.

In overtime Gustavsen gathered the puck along the boards, spun and fired a quick, sharp-angled shot towards Niederberger that fooled Barrie’s hero of the series.  Niederberger was spectacular all series and in game seven, where he was named the second star.