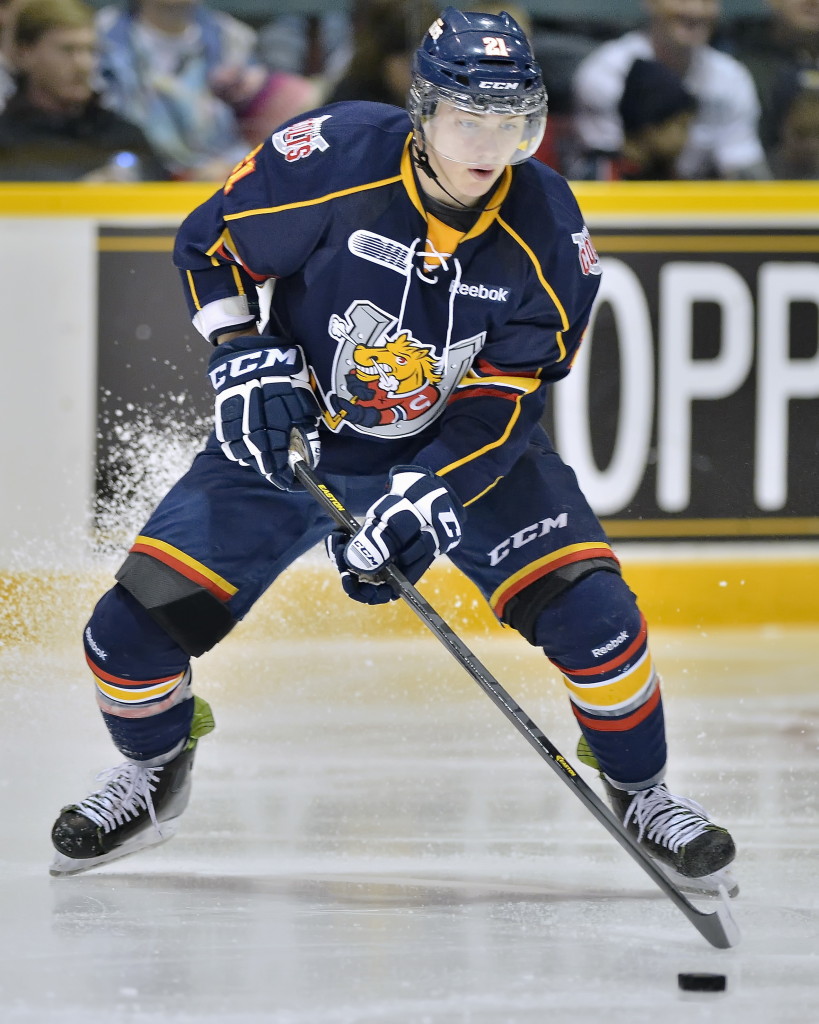 The Barrie Colts and Belleville Bulls met up for Game 4 of the Eastern Conference Finals with Barrie up 2-1 in the series heading into the matchup. For the second straight game, overtime was needed to determine the winner and the Barrie Colts prevailed as Brendan Lemieux scored the game winner to give the Colts a 4-3 win and a commanding 3-1 series lead.

Garrett Hooey opened up the scoring at 5:02 of the first period for the Belleville Bulls to give them a quick 1-0 lead with Michael Curtis collecting the assist on the play. However, the Colts responded as Mark Scheifele scored to tie the game at 1-1. He picked up a rebound from an Anthony Camara wrist shot and he tucked it by Bulls goaltender, Malcolm Subban.

The Colts continued their excellent play on special teams as they capitalized on the power play to make the score 2-1. Aaron Ekblad notched his fifth goal of the playoffs with forwards, Zach Hall and Anthony Camara getting the assists on the goal. Ekblad now has collected at least one point in seven straight playoff games.

The second period displayed a lot of physical hockey with several body checks being committed by both sides. Tempers flared as Colts forward, Andreas Athanasiou and Bulls defenceman, Jordan Subban got in a spirited tilt, which saw the two sides exchange several punches in what was an exciting fight.

There was one goal scored in the second period as forward Brendan Gaunce of the Bulls finished off a nice cycling play to tie the game 2-2. Graovac made a nice pass to find Gaunce open in the slot and he beat Colts goaltender, Mathias Niederberger on a low wrist shot.

The Colts restored their lead in the third period with Hall scoring just 52 seconds into the period. However, the Bulls tied the game up again as Alan Quine scored off the rush with Daniil Zharkov and Jordan Subban registering the assists.

The game went into overtime and the Colts ended the game quickly as Brendan Lemieux scored at the 5:26 mark of overtime. Lemieux picked up a bouncing puck in the slot and ripped a hard wrist shot by Subban and now the Colts are one win away from advancing to the OHL Finals.

The Barrie Colts will hit the road and try to wrap up the series when they take on the Belleville Bulls on April 26th at the Yardmen Arena. Puck drop is at 7:05p.m.