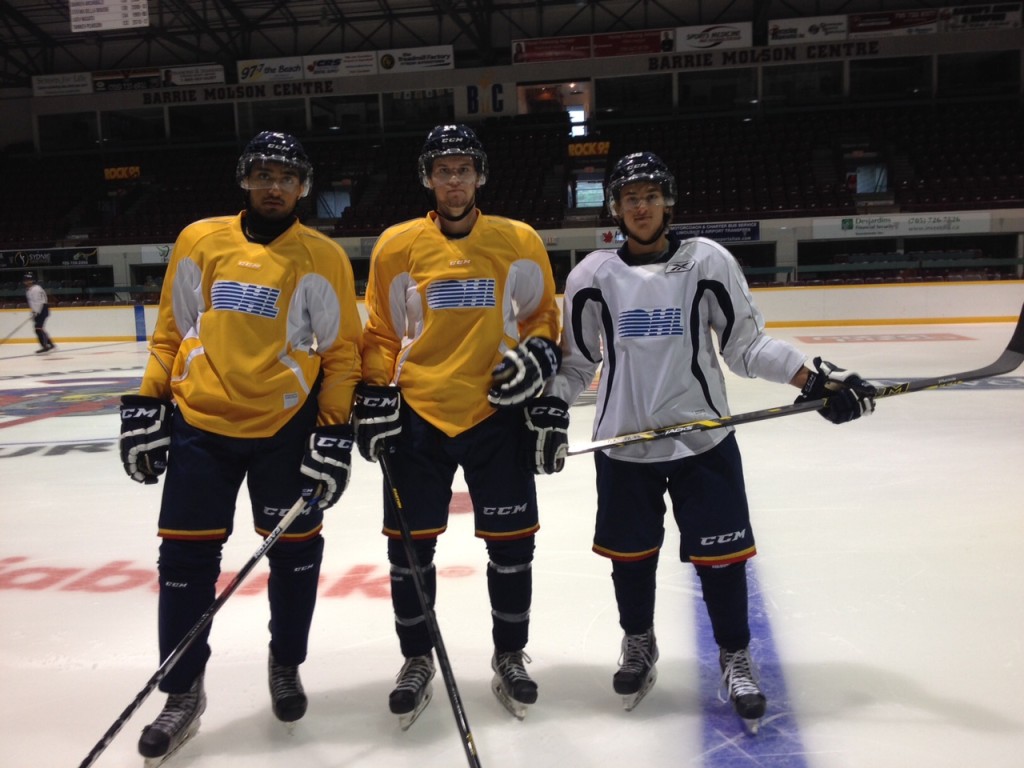 2013 draft pick Kody Gagnon will be a new addition to the Colts blue-line this season. The 6’2” 192lbs defenceman was selected in the 9th round, 175th overall and spent last year with the Lakeshore Canadians Jr. C. In 35 games played, the smooth skating defenceman tallied 9 goals and 12 assists for 21 points.

“Kody is a physically strong kid that skates well and came to training camp determined to make the hockey club. He adds a good skill-set to the back-end and is willing to put in the work to make himself a better hockey player,” said General Manager Jason Ford.

Defenceman Rocky Kaura was originally selected by the Barrie Colts in the 4th round, 63rd overall in 2013. The 6’3” 208lbs Kaura spent last year with the Mississauga Rebels Midget AAA team where he collected 4 assists and 24 penalty minutes in 33 games played.

“Kaura is another physical type defender who brings size to the back-end. He is a hard-working character type of kid, and will bring this element into the dressing room. Rocky is a defensive defenceman that plays a competitive game with grit,” said Ford.

Barrie’s 6th round pick from 2014, forward Ben Hawerchuk has also committed to the Colts. Hawerchuk spent last season with the Toronto Titans Minor Midget AAA team where he registered 12 goals, 7 assists for 19 points in 32 games.

“Ben has developed as a hockey player and improved his skill-set significantly the past few seasons. His game is very tenacious, and is always competing for pucks and positioning. Ben has a strong shot for his age, and will put in the work to get better as he grows older as a player,” added Ford.

The Barrie Colts are currently amidst their pre-season schedule where they remain undefeated at 2-0. The Colts will host Connor McDavid and the Erie Otters Thursday September 4th at the Barrie Molson Centre. Click here for tickets.