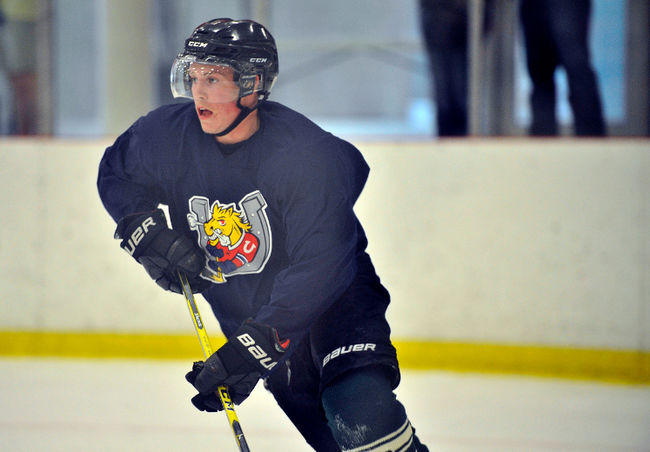 The Barrie Colts selected the London, Ontario native in the 8th round (145th overall) in the 2014 OHL Priority Selection Draft.

“We are excited about the signing of defenceman Justin Murray,” said General Manager Jason Ford. “He had a tremendous year anchoring the blue-line for the London Nationals Jr. B program.”

“I am proud to be apart of the Barrie Colts organization and I can’t wait to make the jump to the OHL,” said Justin Murray.

The 6’0”, 180lbs defenceman appeared in 49 games with the Nationals last year recording 9 goals and 37 points, ranking him 9th in league scoring amongst all defenceman.

“Justin was a player in the draft that we identified early, and kept a close eye on him,” added Ford. “He manages the puck very well, and is diligent in taking care of his own zone and moving the puck up the ice.”

“Justin is skilled, smart and brings a high compete level to his game shift in and shift out,” said Ford. “He played major minutes this past season, and we feel he is the type of competitor that will get better along the way.”

Murray will enrol with Blyth Academy Barrie to complete his high school education.

The Barrie Colts training camp will be held at the Barrie Molson Centre later this summer beginning on Monday August 31st.