COLTS AND GREYHOUNDS MEET TONIGHT IN THE SOO 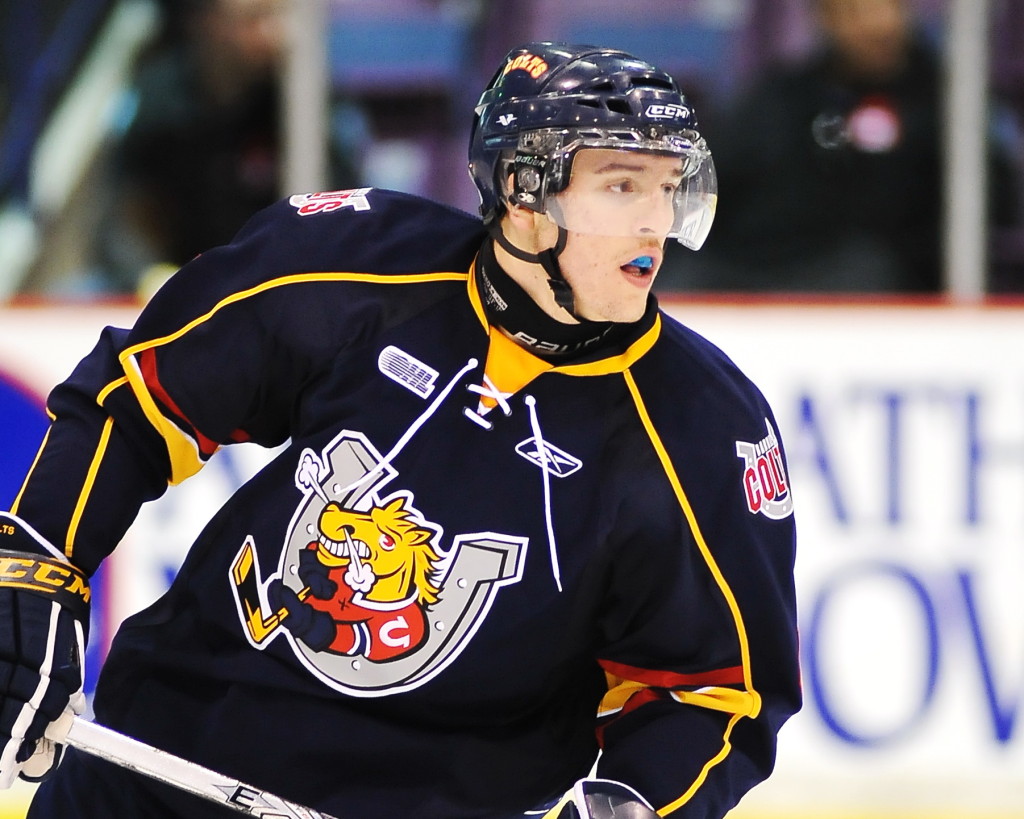 The Sault Ste. Marie Greyhounds scored four times on 19 shots in the third period to lift them past the Barrie Colts 5-2 Friday night.  The Greyhounds sweep the season-series after a 6-5 win in Barrie last Saturday night.

Clint Windsor stopped 14 of 15 shots leading in to the final period before Vern Cooper orchestrated a four-goal outburst for his Greyhounds.  Cooper had a goal and two assists in the first seven minutes of the third and finished with four points all together.

Brett Thompson scored the game-winner at 2:54 of the third and also added an empty-net goal, finishing with two goals and one assist.  Carson Dubchak and Daniel Catenacci also scored for the Soo.

After a scoreless first period the teams traded goals in the middle stanza.  Dubchak opened the scoring at 9:56 and then it was Darren Archibald beating Greyhounds goalie Chris Perugini.  Zach Hall and Petr Beranek assisted on Archibald’s team-leading 17th tally of the year.

The Greyhounds jumped out to a 4-1 lead early in the third period and managed to hold off the Barrie attack until late in the period when Hall scored his second of the season, and first since returning from injury, unassisted.

Barrie has failed to allow fewer than four goals in every game of their current slump.  The Colts sit 12th in league scoring with 92 goals for, but are dead-last in goals against with 138 allowed.

Barrie continues their travels this weekend and will play in Sudbury at 2:00 p.m. on Sunday in the fifth of eight matchups between the rivals.