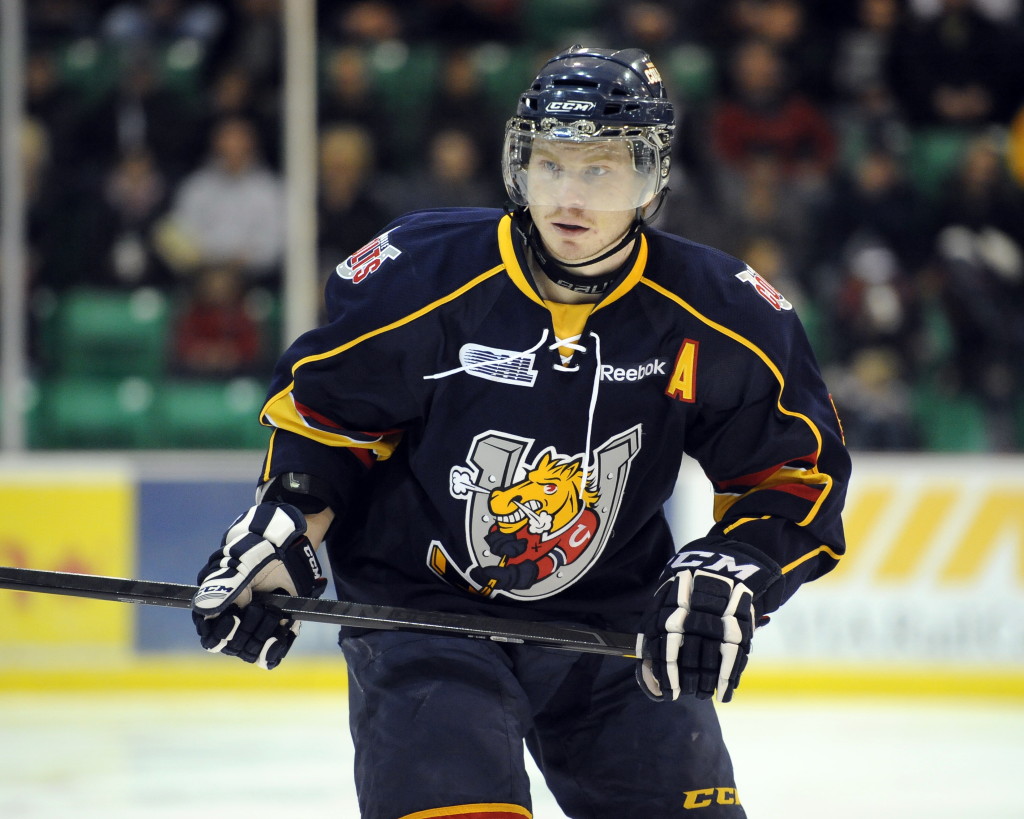 The Barrie Colts will face their first elimination game of the 2012 playoffs Tuesday night when they take on the Ottawa 67’s in game seven of their Eastern Conference semi-final series.

Ottawa has won two straight and have come all the way back from a three games to one deficit to tie the series and force a seventh game in Ottawa.

Petr Mrazek held the Colts to just two goals Sunday night at the BMC and picked up his seventh win of the post-season, matching that of Barrie goalie Mathias Niederberger.

Both goalies will be looking to steal the show in Ottawa and take their club to the Eastern Conference Finals where Niagara awaits the winner.

The Colts are 1-2 in Ottawa in the playoffs and 3-2 overall this season.

Tyler Toffoli leads all skaters in the 2012 playoffs with ten goals in 12 games played.  He has four goals and two assists in six games played here in round two.

Ivan Telegin has 14 points in 12 games to lead the way for Barrie, Mark Scheifele has four goals and seven assists, while Daniel Erlich and Colin Behenna each have seven points.