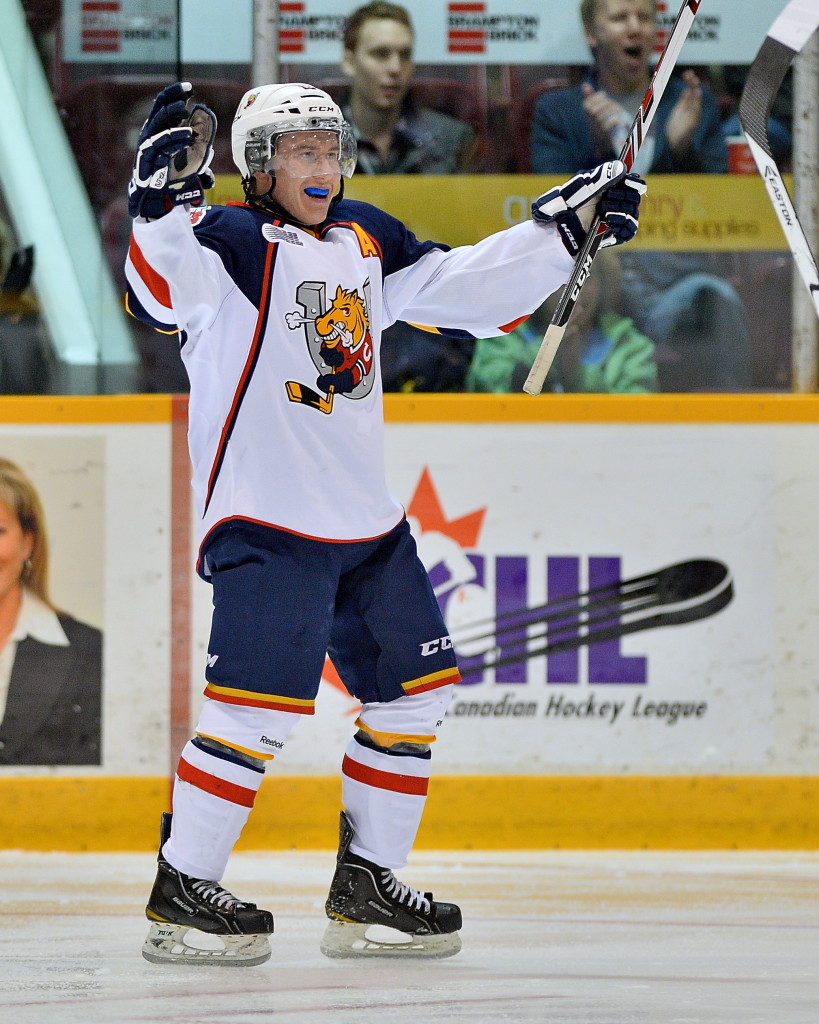 It was a day that Tyson Fawcett won’t soon forget.

On the day of his grandmother’s funeral, Fawcett suited up for his boyhood team, the Barrie Colts, and scored his first career hat-trick.

With four points in all, Fawcett helped lead the Colts to a 7-2 victory over the Owen Sound Attack on Thursday.

“My grandma’s looking over me and the Fawcett family, and our thoughts and prayers are with her,” Fawcett said. “I know she’s looking out for us, so I was happy to get that for her tonight.”

The Barrie native pointed up to the sky after each goal he scored on Thursday, Fawcett’s first game since her passing.

“After every goal I did that for her,” Fawcett said. “That may become my new tradition.”

The Colts had some better-quality chances in the opening period, and it led to them getting the first goal.

Barrie goalie Mackenzie Blackwood sent a pass up to Zach Hall, who in turn, gave it to Andreas Athanasiou.

He split the Attack defence thanks to a clever flick of the puck and then, when in alone, Athanasiou got Owen Sound starter Brandon Hope to commit before beating him on the blocker side.

Blackwood, who picked up his second assist of the season on the play, faced 10 shots in the opening period, but had no difficulty keeping Barrie ahead 1-0 after 20 minutes.

The Colts would take off in the second period, and got things started early.

On Barrie’s next power play, Athanasiou got a return feed from Hall and snapped a shot past the outstretched glove of Hope to give the Colts a 3-0 cushion.

For Athanasiou, it was his 30th goal of the season and ninth in the past four games.

“Guys were doing a lot of things right,” said Colts centre Cordell James. “Our goal-scorers were scoring goals and really helped us win the game.”