Ekblad and Lemieux Named to Canada U-18 Camp 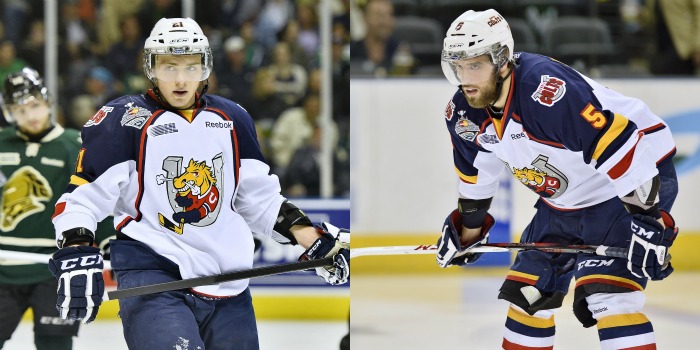 CALGARY, Alta. – Hockey Canada, in partnership with the Canadian Hockey League, announced Thursday the 42 players who have been invited to attend Canada’s National Men’s Summer Under-18 Team selection camp, July 25-29 at the MasterCard Centre in Toronto, Ont.

“These players are the cream of the crop of under-18 talent in Canada, and it’s going to be exciting to see them battle for 22 roster spots,” Jankowski said. “As it is every year, there were some tough decisions to get down to 42, and they will be even tougher decisions to finalize the roster.”

The camp roster includes 15 players from the Ontario Hockey League, 15 from the Western Hockey League and nine from the Quebec Major Junior Hockey League. In total, 39 players (four goaltenders, 13 defencemen and 22 forwards) competed at the 2012 World Under-17 Hockey Challenge, and two players (Sam Bennett and Roland McKeown) helped Canada’s National Men’s Under-18 Team win a gold medal as underagers at the 2013 IIHF Ice Hockey U18 World Championship in Sochi, Russia.

Of the 42 players who have been invited to the selection camp, 22 will be selected for Canada’s National Men’s Summer Under-18 Team, which will play in the 2013 Memorial of Ivan Hlinka tournament, scheduled for Aug. 5-10 in Piestany, Slovakia and Breclav, Czech Republic, a tournament Canada has won five years in a row.