COLTS LEAD 2-1 AFTER THE FIRST 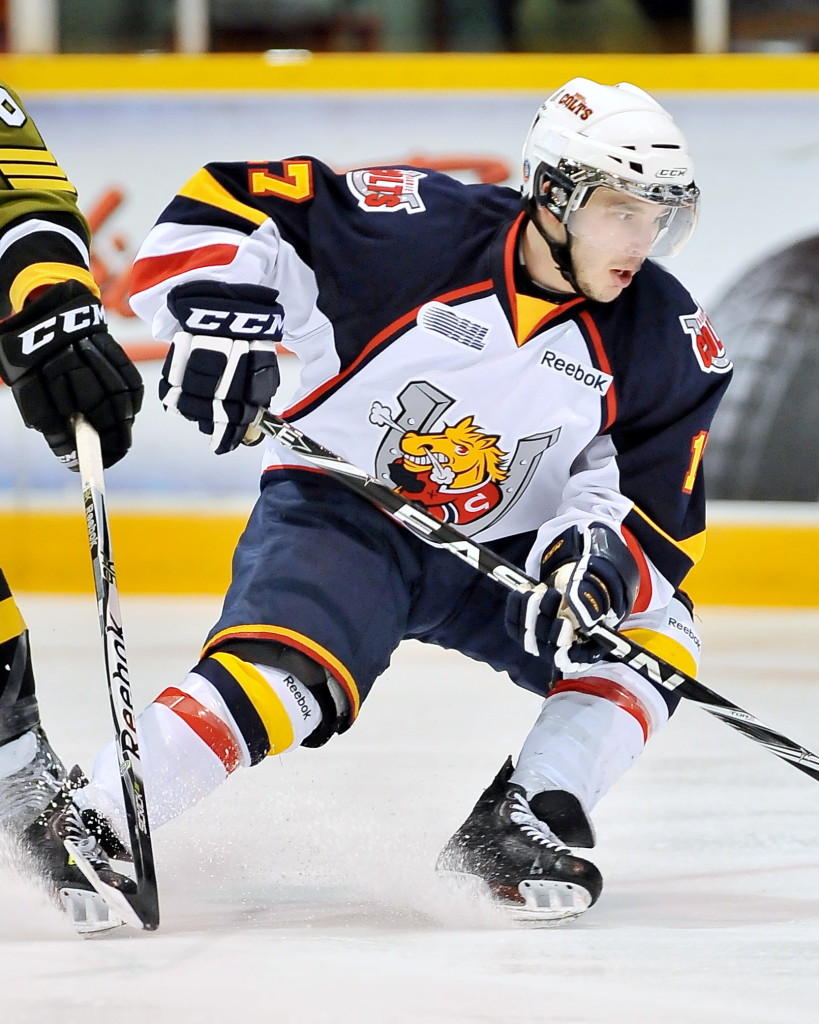 The Barrie Colts and Ottawa 67’s got together Tuesday night for game three of their Eastern Conference semi-final series.

Barrie was riding high after a 3-2 double-overtime victory in Ottawa Sunday afternoon and were looking to take a 2-1 series lead, with game four upcoming on Thursday night.

The Colts got behind early with Norm Ezekiel in the box; Mike Cazzola tried to center a pass and the puck deflected off of Reid McNeill’s stick and through Mathias Niederberger to give the 67’s an early one-goal lead.

Barrie would respond moments later as Daniel Erlich took a pass from Ezekiel and threw it on goal and it squeaked past Petr Mrazek for Erlich’s first of the playoffs.

Barrie would take their first lead of the contest at the 16:08 mark and once again it was Erlich beating Mrazek to make it 2-1.

Josh MacDonald and Anthony Camara hooked up to get the puck to Erlich who would give the Colts a 2-1 lead after the first period.

The Colts extended their lead to two goals in the second period on an Alex Lepkowski goal, with assists going to Josh MacDonald and Erik Bradford.

In the third the 67’s would cut the lead to one goal on an unassisted Marc Zanetti goal.

The Colts did, however, come back with a pair of goals to make it a 5-2 final.

Mark Scheifele finished off a tic-tac-toe passing play from Erlich and Telegin on the power play to make it 4-2.

Josh MacDonald would then score his first of the post-season from Telegin and Scheifele to make the final 5-2.

The Colts were missing Tanner Pearson, Steven Beyers, Zach Hall, Ryan O’Connor and Alex Yuill, who was hurt in game two of this series.