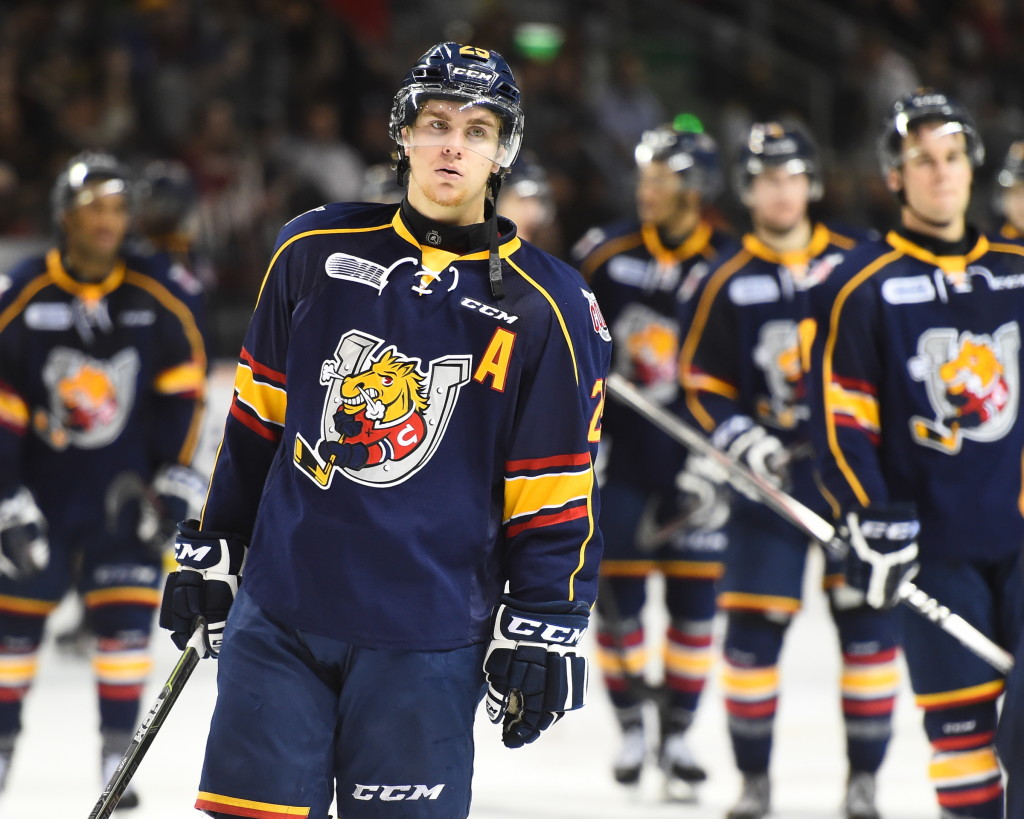 The Barrie Colts visited the Essar Centre for their first and only time this season to face the West Division leading Sault Ste. Marie Greyhounds (13-5-0-0). A slow start for the Colts saw them fall behind early and they were never able to recover as they suffered an 8-3 loss.

Just 16 seconds into the game, Gabe Guertler hit a streaking Sergey Tolchinsky down the right wing before cutting to the slot and beating goaltender Ruan Badenhorst stick side.

The Greyhounds quickly added another marker just 1:14 after opening the scoring with a power play goal from Bryan Moore. Moore found a rebound in close to the Colts net before burying it for his fifth goal of the season.

After a power play goal for the Hounds midway through the first frame, forward Andrew Mangiapane responded for the Colts to bring the game back within two. At 16:08 Mangiapane received a nice feed from Rasmus Andersson to leave him all alone in the slot before going upstairs on netminder Brandon Halverson.

Sault Ste. Marie quickly added another goal before periods end to take a 4-1 lead after the first period.

Another power play goal for the Greyhounds under five minutes into the second period saw goaltender Jordan DeKort come in for relief for Barrie.

At 8:51 with the man advantage, Hounds goaltender Halverson turned the puck over behind his net, which led to Kevin Labanc depositing his fifth goal of the season into the open cage.

Goals by Michael Bunting and Hayden Verbeek increased their lead to 7-2 before the end of the second despite Barrie out shooting the hounds 26-23 after forty minutes.

A goal 36 seconds into the final period all but sealed the victory for the Greyhounds as they skated to the 8-3 win over Barrie. Rookie forward Adrian Carbonara scored for the Colts in the third for his first career OHL goal.

The Barrie Colts will now be off until they host the visiting North Bay Battalion next Saturday November 15th at the Barrie Molson Centre. Click here for tickets.