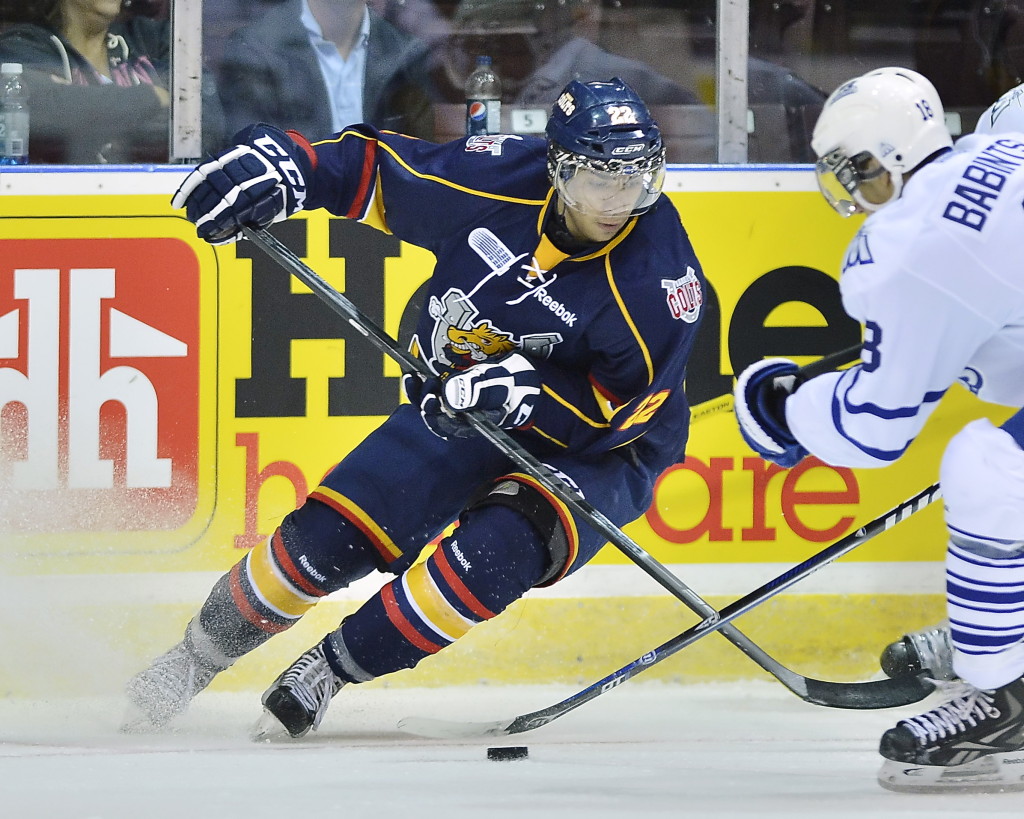 The Barrie Colts took on the Belleville Bulls in a match up of the top two teams in the Eastern Conference at the Barrie Molson Centre. The Colts prevailed in overtime 3 – 2 to close within two points of the first place Bulls.

Within seconds of the opening puck drop, Bulls defenceman, Brady Austin scored to give the Bulls a 1 – 0 lead. His goal came 17 seconds into the period and was scored on the first shot of the game. Despite the Colts out shooting the Bulls 12 – 6 in the first period, the score was 1 – 0 for Belleville after twenty minutes.

In the second period while shorthanded, Mark Scheifele tipped a loose puck and sprung himself on a breakaway. He fired a hard wrist shot by the glove hand of Bulls goaltender, Malcolm Subban to tie the game at 1 – 1. The goal by Scheifele marks his 35th of the season which leads the team.

The Colts then took the lead as Anthony Camara scored with a wrist shot that went off the post and in to give his team a 2 – 1 lead. Colts defenceman, Michael Webster made a nice drop pass in the Bulls zone to set up Camara for the goal.

Belleville responded as Daniil Zharkov scored to tie the game at 2 – 2 as his shot squeaked by a screened Mathias Niederberger. Joseph Cramarossa got the lone assist on the goal.

The Colts and Bulls both played a conservative third period with neither team scoring the go ahead goal. To no surprise this game would need extra time to decide a winner as sixty minutes proved not to be enough for these two clubs.

Midway through overtime Zach Hall would burst into the Bulls zone before getting off a quick shot. The shot was deflected into the corner where Hall would dish it out front to a wide-open Andreas Athanasiou. Athanasiou then made a nice move before going backhand and in past netminder Malcolm Subban. Zach Hall and Mitchell Theoret recorded the assists. For Hall, the assist was the 100th of his career and it also marked his 150th career point in the OHL.

Barrie will quickly return to action on Sunday March 10th to take on the Niagara IceDogs at the Gatorade Garden City Complex. Game time is 2:00.