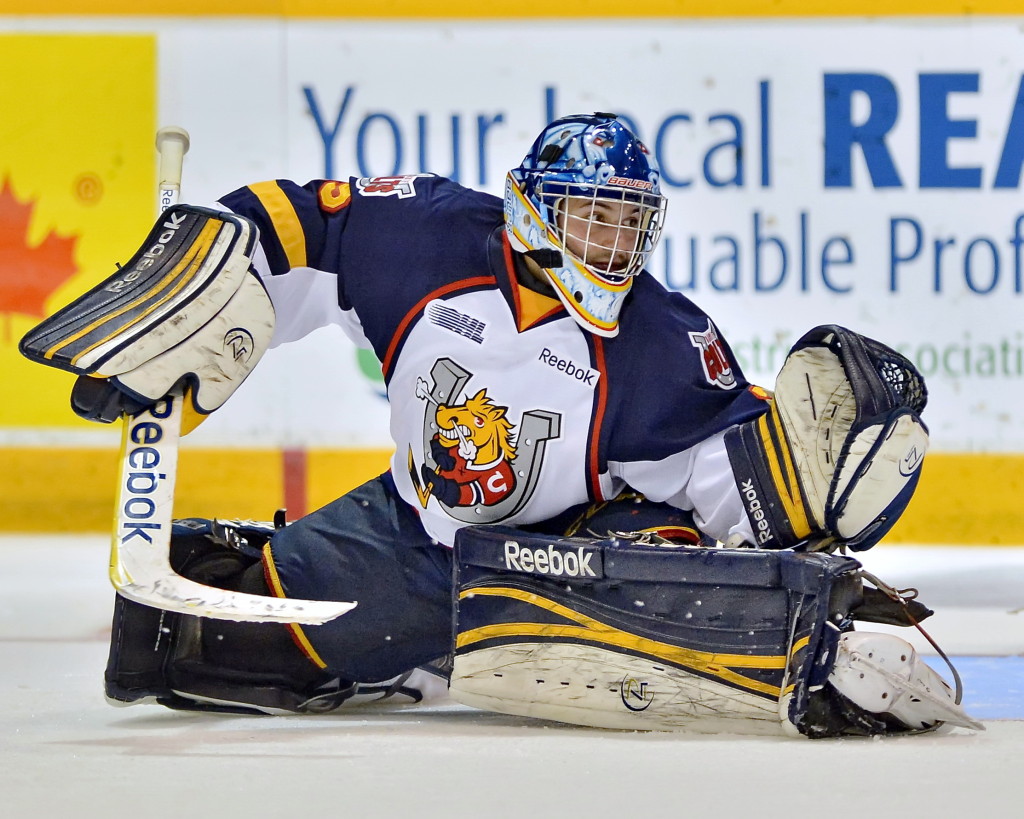 The Barrie Colts and Belleville Bulls took the ice for Game 2 at the Yardmen Arena. After dropping Game 1 by a score of 3-2, the Colts responded well with a 5-0 victory over the Bulls to tie the series at 1-1.

The Colts opened the scoring at 6:01 of the first period as Mark Scheifele scored on the power play, rifling home a shot from the top of the circle to give the Colts a 1-0 lead. Steven Beyers and Aaron Ekblad collected the assists on the goal.

Minutes later, Scheifele scored his second of the game to give the Colts a 2-0 margin over the Bulls. Colts forward, Anthony Camara made a terrific play to set up the goal for Scheifele who was back door and made no mistake putting it home.  The Colts had the edge in shots 13-11 after one period of play.

In the second period, Mitchell Theoret added to the Colts lead on a power play opportunity when his wrist shot from the slot got by Belleville goaltender Malcolm Subban. Beyers made a nice pass on the power play to find an open Theoret in the slot.

The goals kept coming as the Colts scored two more in the period to give them a commanding 5-0 lead through two periods of play. One of those goals came while the Colts were shorthanded. Colts forward, Josh MacDonald scored on a breakaway opportunity as he took the puck from his forehand to his backhand and roofed the puck by Subban.

Steven Beyers scored the Colts fifth goal of the night as Mark Scheifele made a nice pass from behind the Bulls net to find Beyers on the doorstep.

The Colts played a strong defensive game the rest of the way to preserve a 5-0 win over the Bulls. Colts goaltender, Mathias Niederberger had an outstanding night in goal as he made 32 saves to earn his second shutout of the playoffs. Scheifele and Beyers each registered three points on the night. Mitchell Theoret’s power play marker now puts him tied for first in the league with 9 goals while Mark Scheifele is tied for 1st in points with 21.

The Colts will return to the Barrie Molson Centre to take on the Bulls for Games 3 and 4 of the Eastern Conference Finals. Game 3 will take place on Monday April 22nd with puck drop scheduled for 7:30p.m. There are still great seats available. Click here for tickets.