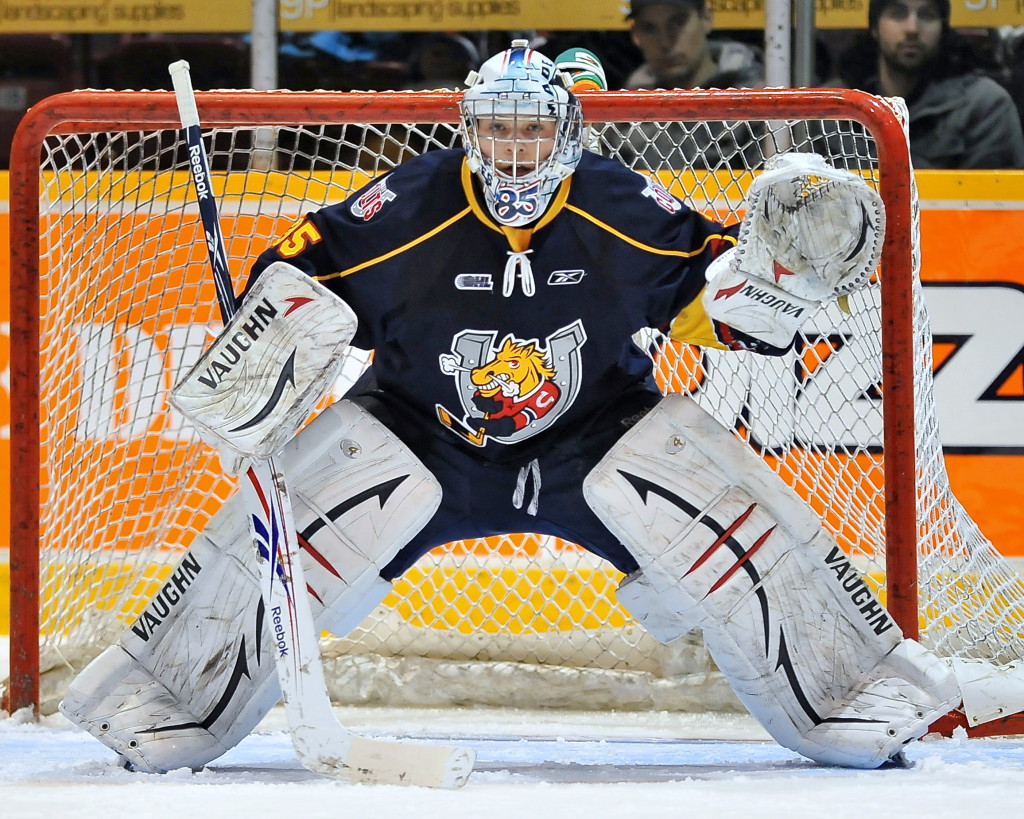 This weekend the Barrie Colts will conclude one of the toughest months they have ever faced.  Barrie is 3-6 in February, a month that sees them play three games in three nights a whopping four times.

On Thursday the Colts host Sarnia, Friday they are in Guelph and Saturday they return home to play Kingston in their sixth straight set of three games in three nights.

Barrie is now ten points behind the Peterborough Petes for the last playoff spot in the Eastern Conference after dropping three in a row last weekend.

One of those losses came at the hands of the Sarnia Sting, another club that finds themselves out of a playoff spot in their respective conference.

The Sting beat Barrie 4-1 on Friday night, as Clint Windsor and the Colts allowed a goal less than a minute in to each period.  The trio of Kerbashian, Galchenyuk and Ritchie combined for all four goals and ten points, as they led the Sting to victory despite being out-shot in each period.

There were four fights and 70 minutes in penalties handed out when these teams clashed a week ago, leading to the highly anticipated rematch Thursday night in Barrie.

On Friday night the Colts make their only trip of the season to Guelph to take on former Colt Stephen Gaskin and the Storm.  It is the first meeting of the year for the two teams who will play again in Barrie on March 3rd.

The Storm have a 13-point lead on the Sting for the eighth playoff spot in the Western Conference and are coming off a 10-4 thumping of the Greyhounds on Family Day.

On Saturday the Colts play their first Eastern Conference opponent in five games as the Kingston Frontenacs come to town.

Barrie is 2-0 against Kingston this season, out-scoring them 13-7.  On their last visit to the BMC the Frontenacs scored six times but still fell to the Colts 8-6.

The Colts and Fronts’ wrap up their season-series March 6th in Kingston.