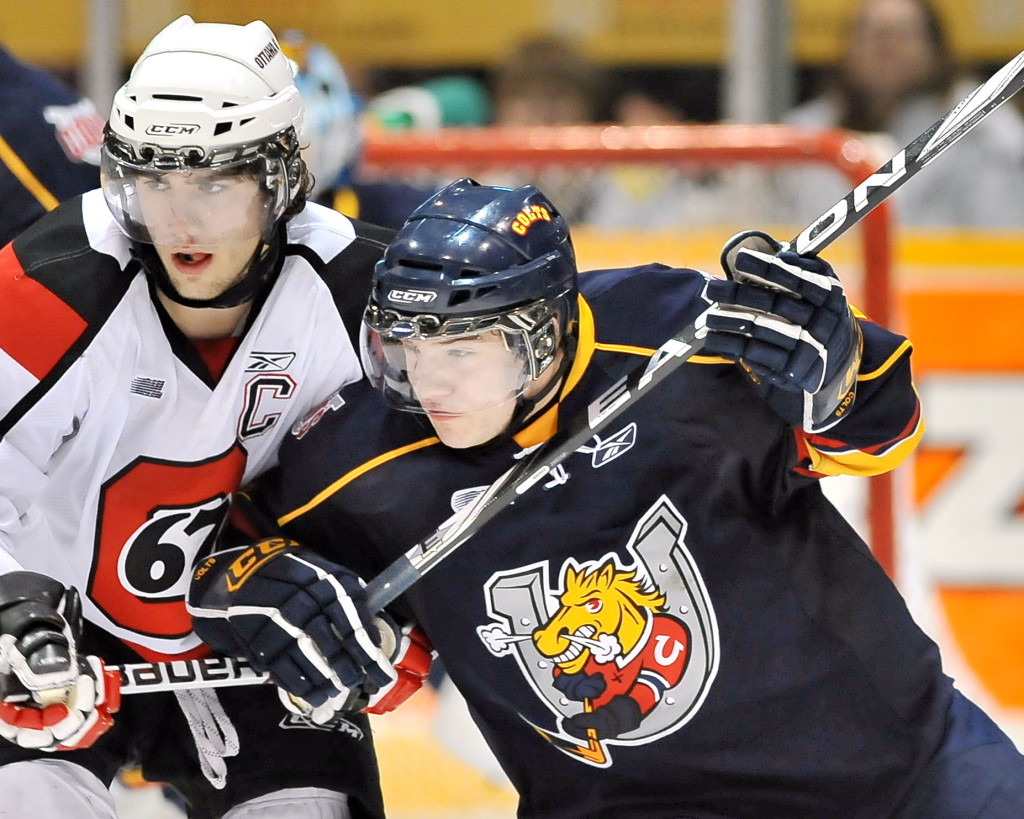 The Barrie Colts remain undefeated through four pre-season games after battling to a 1-1 decision at the Sleeman Centre in Guelph Friday night.  The Colts exhibition record now stands at 3-0-1 with two games left next week before kicking off the regular season at home on September 22nd.

Rookie Alex Fotinos drew the start in goal for Barrie and was rock-solid in his 60 minutes of action.  Guelph forward Cody McNaughton finally solved the second round draft pick in the middle period with a power play goal to give the Storm the first lead of the game.

Brandon Foote started for Guelph and was able to shut-out the Colts through 40 minutes as he looked to give the Storm their second win of the pre-season.

Barrie had five power play opportunities, half of what Guelph had, and were able to capitalize late in the third period when Eric Locke hammered home a rebound with help from Dylan Smoskowitz and Derek Hartwick.

Barrie was without six regulars who are attending NHL camps, and were also minus Colin Behenna on this night.

Barrie hosts the Storm next Thursday and will wrap up the pre-season Friday in Sudbury.