COLTS RALLY LATE, LOSE TO KNIGHTS 3 – 2 IN A SHOOTOUT 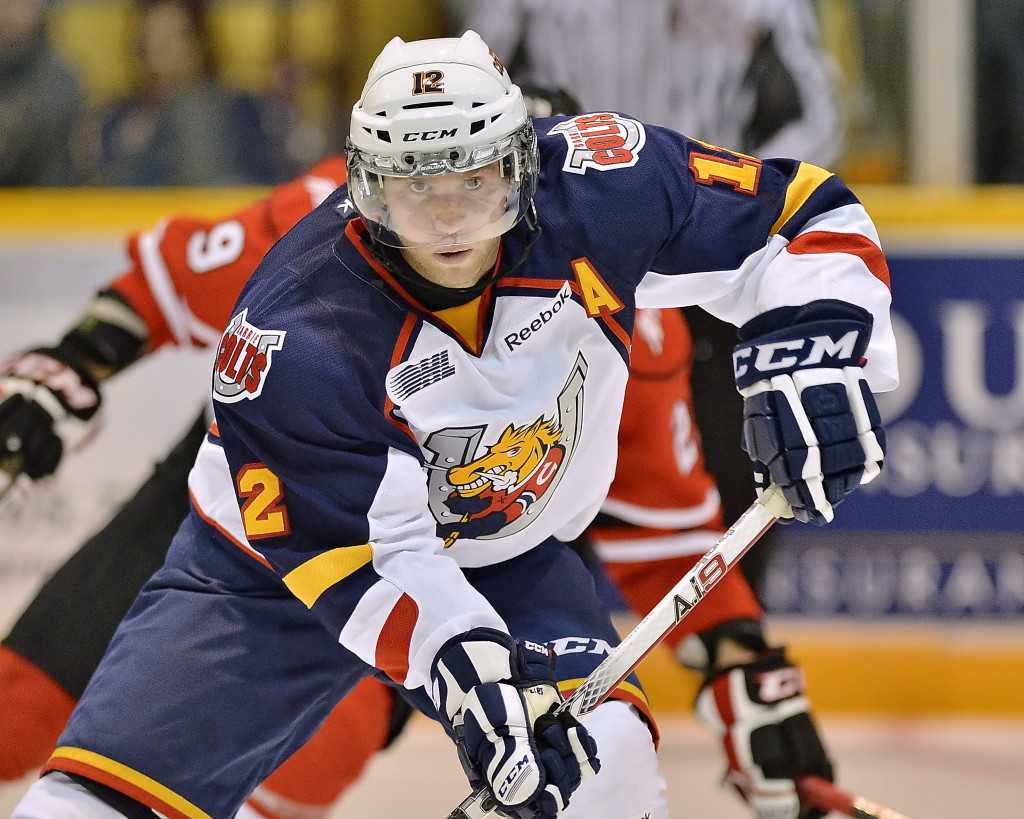 The Barrie Colts and London Knights played in a hard fought battle that needed a shootout to decide the winner.

Just 37 seconds in the London Knights would be assessed a penalty giving the top powerplay an early opportunity. It would be London with the best chance to score on a shorthanded breakaway, where Mathias Niederberger would shut the door keeping the game scoreless. It was an entertaining first period, as both teams were up for this game. The Colts and Knights shared chances but would skate to a scoreless opening frame.

The second period would continue to be a fast paced entertaining game in front of a sold out crowd. London would get on the board first when Kyle Platzer scored at 6:53 assisted by Max Domi and Alex Broadhurst. London would add another goal to go up two nothing late in the period on the powerplay when Knights Josh Anderson scored his third on the year. Alex Broadhurst would pick up his second assist of the game on the play. London would continue to lead 2 – 0 headed into the third period.

Coach Dale Hawerchuk got the Barrie Colts fired up for the third period as they came out and put pressure on London to try and get back into the game. Just 39 seconds into the third period, Anthony Camara would cut the lead to 2 – 1. Camara showed tremendous patience eventually going five hole on Knights goalie Jake Patterson. Just moments later the Colts would get a powerplay chance where they made no mistake. Steven Beyers made a backhand pass to Aaron Ekblad who went top shelf from the blue line to tie the game at two a piece. Zach Hall would pick up the other assist.

The Barrie Colts and London Knights put on a show for the fans but neither team could snag the win in overtime. It would head to a shootout where London Knights Matt Rupert would seal the victory scoring the lone goal. The Colts showed great perseverance battling back to give them self a chance but could not get the win. London is the first team to beat Barrie on home ice this season, but the Colts remain undefeated in regulation in nine straight games.

The Colts will be right back at it tomorrow in Brampton to take on the Battalion at 2:00pm.