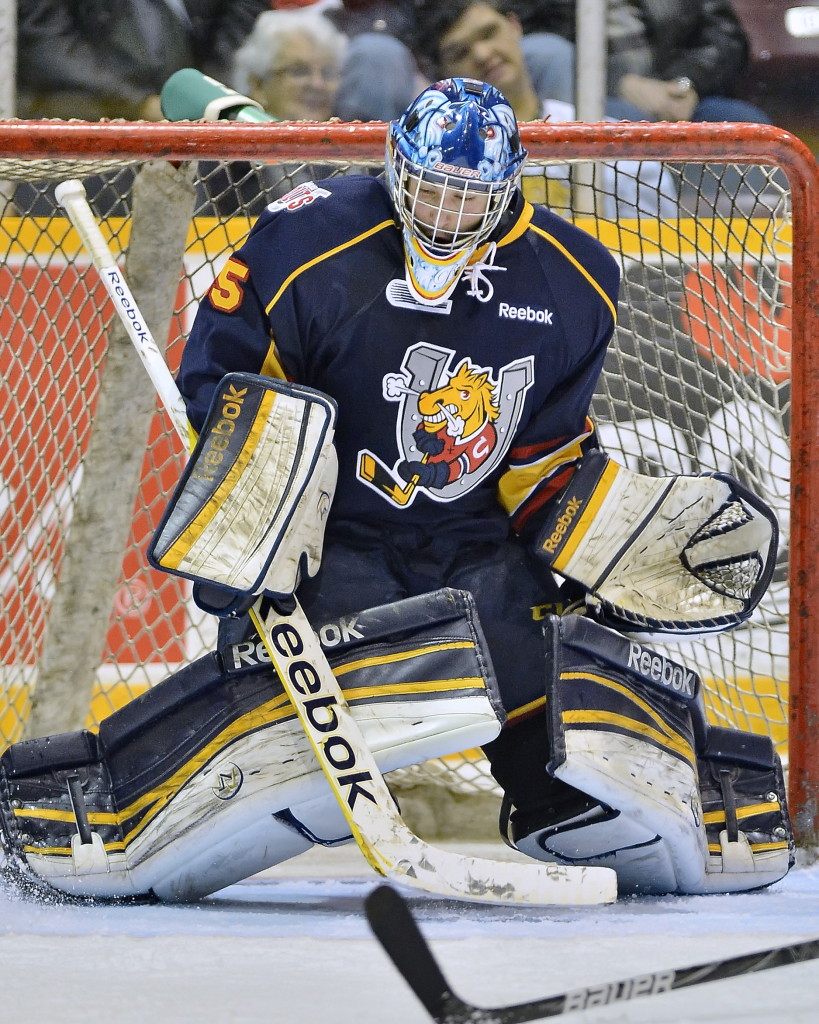 A match-up between the Barrie Colts and Oshawa Generals would need a shootout to decide a winner in a thrilling hockey game on Thursday night.

The Oshawa Generals controlled the pace for most of the first period as they outshot the Colts 13 – 6. Mathias Niederberger was up for the task though, making numerous key saves to keep the game scoreless. With 0.68 seconds left in the first period Erik Bradford would put home his twelfth of the season. Andreas Athanasiou fed the puck out front to Bradford who put it up and over the shoulder of Ken Appleby. The play would be reviewed to see if the puck crossed the line before the clock expired but it was ruled a good goal.

Oshawa’s Michael Dal Colle would get the equalizer just 44 seconds in the second frame. Dal Colle tipped home a point shot that was headed wide of the net from defenceman Matt Petgrave for his eleventh of the season. Geoffrey Schemitsch was also credited with an assist. The Colts would regain the lead just a few minutes later on their first power play chance of the game. Newcomer Jake Dotchin would rip home his first goal as a Barrie Colt from the blue line to put his team back up by one at 2:52 of the second period. Andreas Athanasiou and Aaron Ekblad picked up the assists. At 8:34 Zach Hall would be taken down on a breakaway and was rewarded a penalty shot. Generals netminder Ken Appleby managed to make the stop and kept this game at 2 – 1.

The third period didn’t start much better for the Colts as Oshawa would tie the game at two a piece just 13 seconds in. The Generals broke into the Barrie zone, before Cole Cassels would put one upstairs on Mathias Niederberger. Michael Dal Colle and Geoffrey Schemitsch were credited with the assists. The game would tighten up from then on as neither team wanted to make the next mistake.

Overtime was needed but it would take a shootout to decide this game.

Mathias Niederberger displayed why he is one of the best goaltenders in the league stopping all four Oshawa shooters with ease. Erik Bradford snapped home the game winner low glove side on Appleby to cap off a thrilling victory for the Barrie Colts.

There is little time for the Barrie Colts (29-13-0-1) to celebrate the win as they will head to Sudbury for a matchup against the Wolves on Friday night. Puck drop is 7:35.