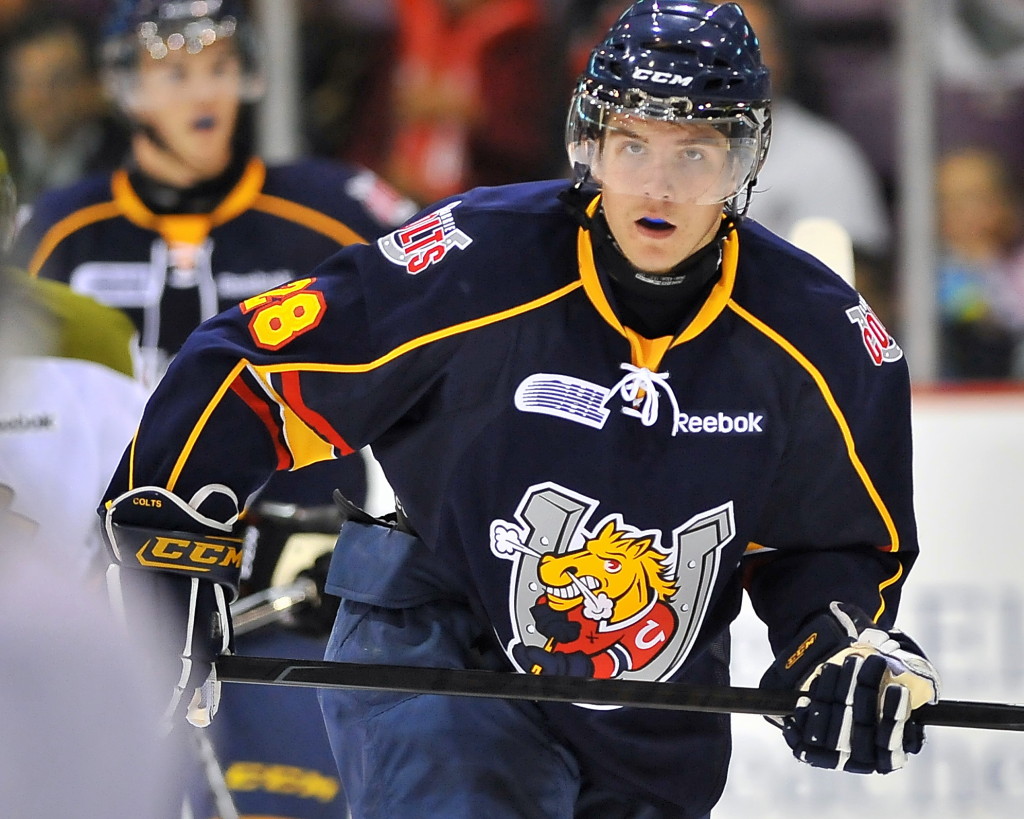 The Barrie Colts got back to their winning ways Saturday night in their only visit of the season to Sault Ste. Marie.

The Colts, fresh off a 3-2 defeat one night prior in Sudbury were taking on a Greyhounds team that beat Kingston 6-4 Friday night.

Sault Ste. Marie took an early lead when Joe Rogalski walked in off the point and fired a shot that deflected in to the top corner past Mathias Niederberger giving the Hounds a 1-0 lead after the power play goal.

Just eleven seconds later the Colts would respond as Victor Terreri gathered a loose puck and beat Matt Murray with a low shot, Erik Bradford picked up the lone assist one night after being cut for 12 stitches.

Barrie would take a lead in to the room after the first period thanks to Aaron Ekblad’s second of the season on a beautiful one-timer that was set up neatly by Zach Hall and Tanner Pearson.

Ekblad was involved once again in the second period when the Colts worked the puck around on the power play and Ekblad found Hall who fired a long pass to a wide open Eric Locke who tapped in the puck to make it 3-1 Barrie.

The Greyhounds did come back with a second period goal to cut the Barrie lead to one after 40 minutes.

Sault Ste. Marie tied the game early in the third as the clubs exchanged third period goals.  Barrie regained their one-goal advantage when the top line combined for a goal at the 10:49 mark of the period.  Pearson put home his eighth from Behenna and Hall.

After Michael Schumacher tied the game for the Greyhounds the top line once again proved to be the heroes as Pearson picked off a pass at the blue line and found Behenna who worked the 2 on 1 to perfection, feeding Hall who scored his league-leading tenth with 62 seconds left in the game.

Niederberger made 25 saves for the win as the Colts come away with a 1-1 record on their road trip and move to 5-3-0-1 on the year.

Zach Hall and Colin Behenna extended their point streaks to nine games as they have tallied a point in each game this season.  Barrie’s top line of Pearson-Hall-Behenna put up nine points and have combined for 24 goals and 68 points so far this year.