Colts Make It 8 Straight With Win Over Storm 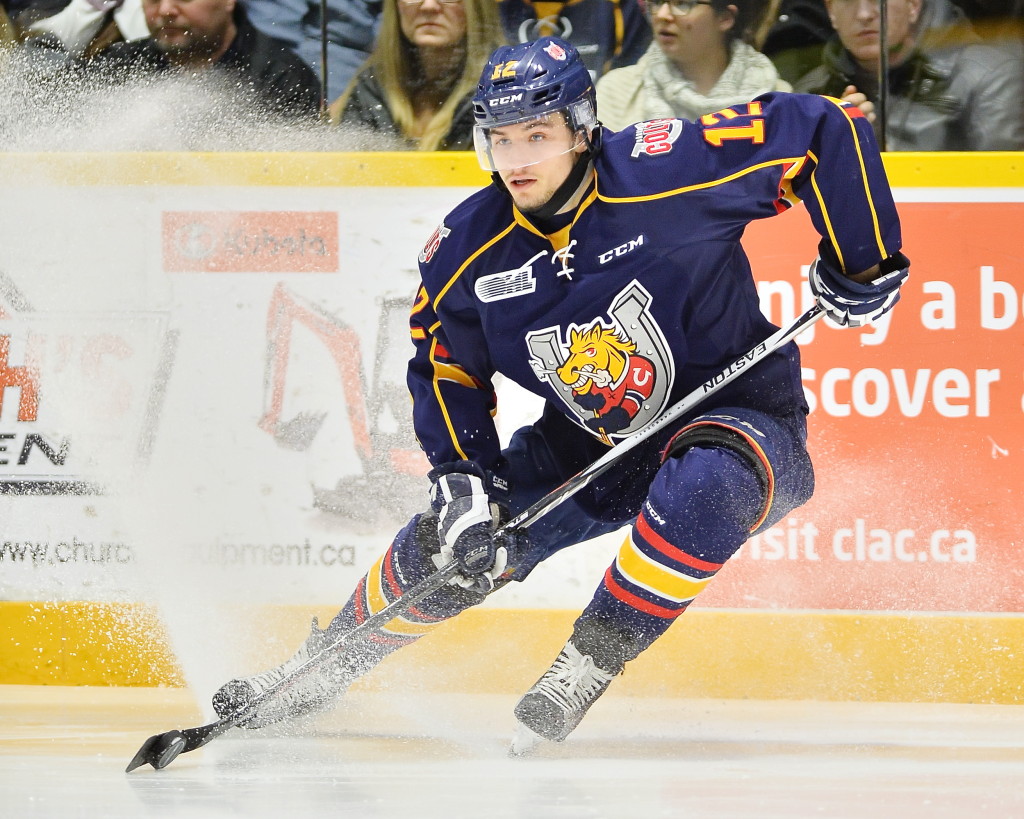 The Colts looked to extend their win streak to 8 games as the Guelph Storm were in town for a Saturday night showdown. Their last matchup took place in Guelph back on January 8th where the Storm took it 5-2. The Colts looked to return the favour as they continue to keep pace with Kingston in pursuit of the top spot in the Eastern Conference.

The Storm would have the best chance to take the lead early in the game when minor penalties from Keigan Goetz and Justin Scott would send the Storm on a 5 on 3 powerplay. However, it would not last long as minors from form Colts Givani Smith and C.J. Garcia would give the Colts a chance to open the scoring but neither Mackenzie Blackwood nor Storm starter Bradley Van Schubert would allow it as they denied everything sent their way.

The Colts would score the lone first period goal as Andrew Mangiapane would receive the Kevin Labanc pass at the top of the circle and fire one under the pad of Van Schubert to give Barrie the 1-0 lead. The tally was Mangiapane’s 37th of the season as Labanc and Julius Nattinen drew the assists.

The second saw the Colts beginning to take control of the game as they generated a significant larger amount of time on attack in the frame. The time of possession would pay off for the Colts as they would extend their lead to two after Mangiapane finished off a three way passing play between him, Labanc and Nattinen for his second of the game and 38th of the season.

The Colts would then make it 3-0 just two minutes after Mangiapane’s second goal as Anthony Stefano would feed Giordano Finoro who snuck behind the Storm defencemen and roofed one past Van Schubert for his third of the year. Stefano and Josh Carrick were credited with the helpers.

Despite some quality chances, the Storm couldn’t get one by Blackwood as the Colts entered the third period up 3-0.

The Storm looked to do what the Colts had done two nights prior to Hamilton and comeback from a third period deficit of three goals. Their quest would start off with optimism as Matt Hotchkiss would pick up the loose puck in front of Blackwood and slide it by the Devils’ prospect for his 9th of the season as Givani Smith and Garrett McFadden recorded the assist.

Minutes after their goal, the Storm looked to build their momentum after Dylan Sadowy was sent off for holding, giving Guelph the man advantage. However, it would be the Colts who made the most of it as they would score two shorthanded goals to put the game out of the reach.

The first would come off the stick of Julius Nattinen as he took the Labanc pass in the slot and fired it over the shoulder of Van Schubert for his 15th of the year as Josh Carrick would also recorded an assist on the play.

Twenty-six seconds after Nattinen’s shorty, Anthony Stefano would make another great pass as he sprung Andrew Mangiapane for a breakaway where he made no mistake faking to his backhand before finishing it off on his forehand. The goal was Mangiapane’s 39th of the year as he recorded his 3rd hat-trick in his last 7 games.

Mackenzie Blackwood and the rest of the team would shut down the Storm as they defeat the 5-1. Blackwood stopped 34 of 35 shots for his 23rd win of the season. Kevin Labanc recorded three assists tonight to become the first player in the OHL to hit the 100 point mark. His 101 points are 8 more than London’s Christian Dvorak, who currently resides in the second. With three goals tonight, Andrew Mangiapane is now just two goals behind Dvorak for the league lead in that category.

Barrie’s next home game takes place on Satruday, February 20th where they will host the Oshawa Generals for their Canadian Mental Health Association (CMHA) game night. Get your tickets now by visiting BMC Box Office or visiting www.ticketbreak.com.