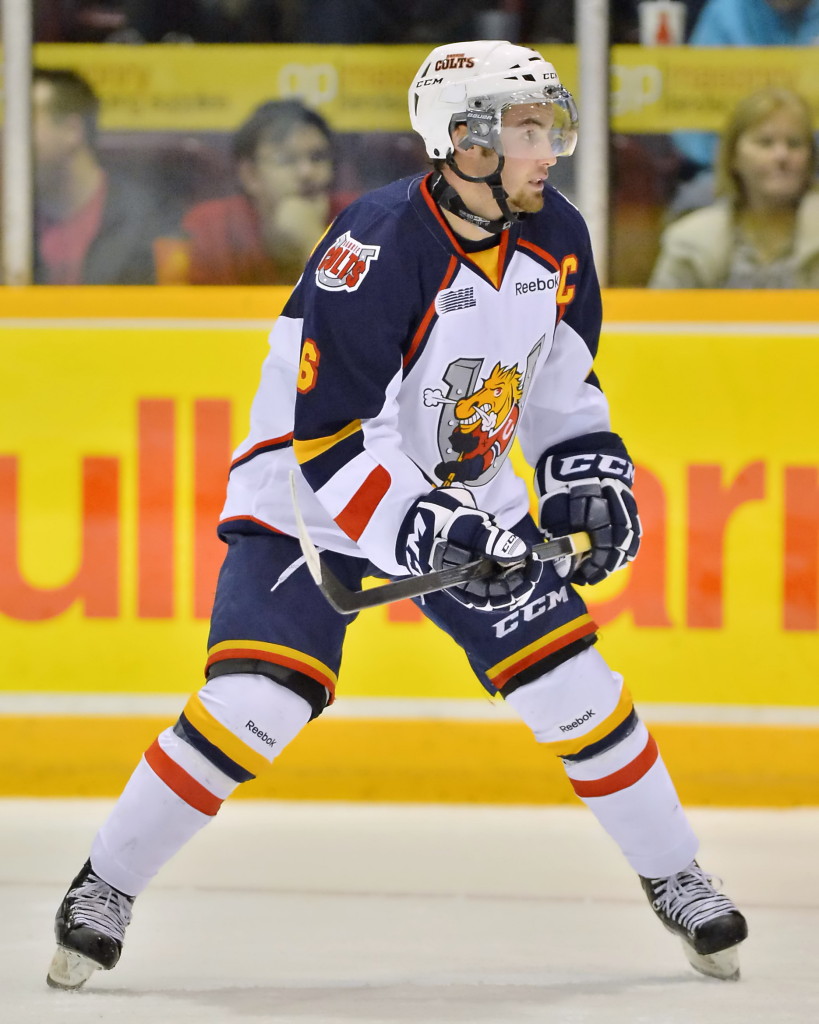 The Barrie Colts arrived in Belleville with a 3-1 series lead in the Eastern Conference Finals and were looking to wrap up the series. Despite a strong effort from the Colts, they fell to the Belleville Bulls by a final score of 3-1. Barrie now leads the best of seven series 3-2.

The first period had strong goaltending play as Mathias Niederberger and Malcolm Subban combined to stop all 29 shots they faced to keep the game scoreless through one period of play. Barrie’s specialty teams was tested early as they found themselves a man down three times in the opening ten minutes but managed to kill off all of the Belleville power play opportunities.

At the 3:33 mark of the second period, Colts forward Anthony Camara opened the scoring to give the Colts a 1-0 lead. Zach Hall made a great pass from behind the net to Camara in the slot, who made no mistake roofing the puck over the glove hand of Malcolm Subban. Colts’ forward Mark Scheifele also collected an assist on the goal.

The Bulls refused to quit as Austen Brassard put the Bulls on the board to tie the game at 1-1 with a wrist shot that found its way past Mathias Niederberger short side. The Bulls then took a 2-1 lead when Alan Quine busted up the middle before putting the puck over the shoulder of Niederberger with 1:18 remaining in the second period. Joseph Cramarossa and Michael Curtis registered the assists on the goal from Quine.

In the third period, the Colts created several opportunities to try and tie the game up but it went out of reach when Bulls forward, Quine potted in his second goal of the game on a Bulls power play. Barrie pulled their netminder in the dying minutes to try and bring the game back within reach but eventually time ran out and the Colts suffered only their second loss of the post season.

Belleville hung on to defeat the Colts by a final score of 3-1. Colts goaltender, Mathias Niederberger finished the game with 37 saves in a losing effort.

The Colts will look to eliminate the Bulls on Saturday April 27th when they face off for Game 6 at the Barrie Molson Centre. Barrie remains undefeated on home ice in the playoffs with a 6-0-0-0 record. Tickets are on sale now at www.ticketbreak.com or visit the BMC box office on Saturday April 27th. The office will open at 9:00am.