Colts in the Community 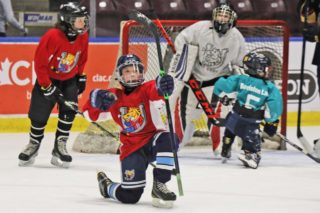 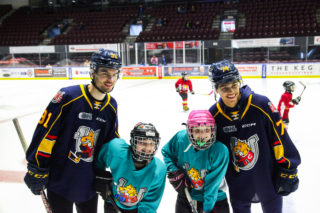 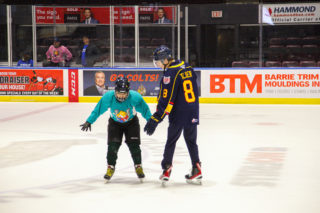 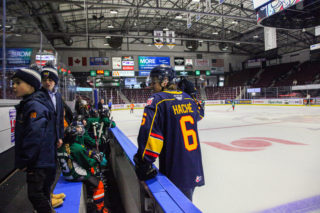 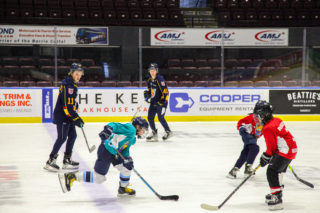 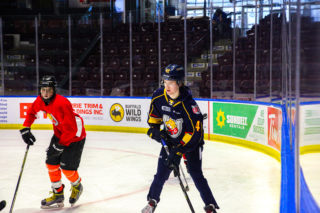 On February 9th, 2020 the Innisfil Snowdogs came to the Colts Centre for their annual team picture, what they didn’t know was that they would be surprised by the Barrie Colts who photobombed their picture and played a game of pick up hockey with them. Check out the video below to see how the day unfold!

This past weekend the Barrie Colts participated in Kempenfelt Rotary Club’s 17th annual Colt For A Day event. Over 150 participants were in the spot light with professional photos, a game with the Colts and a pizza party to close the day. 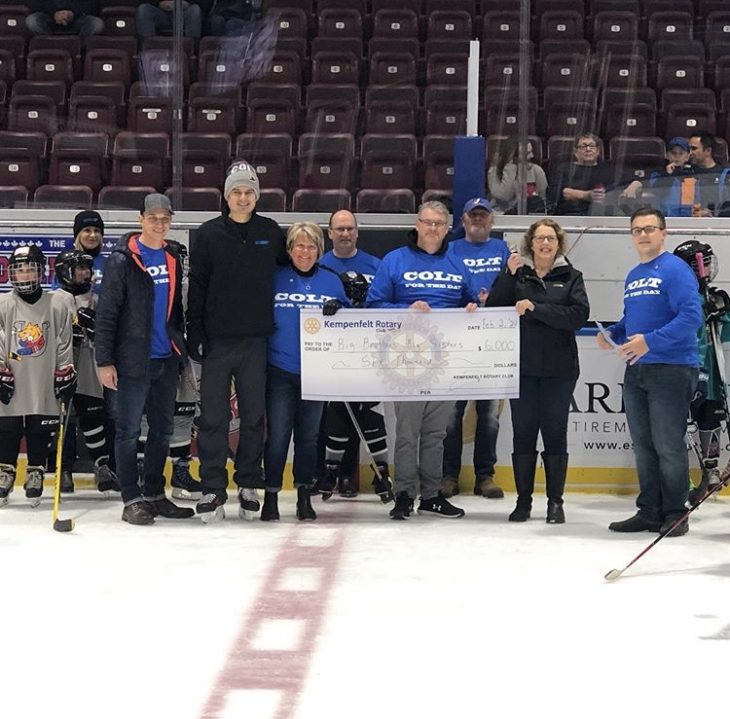 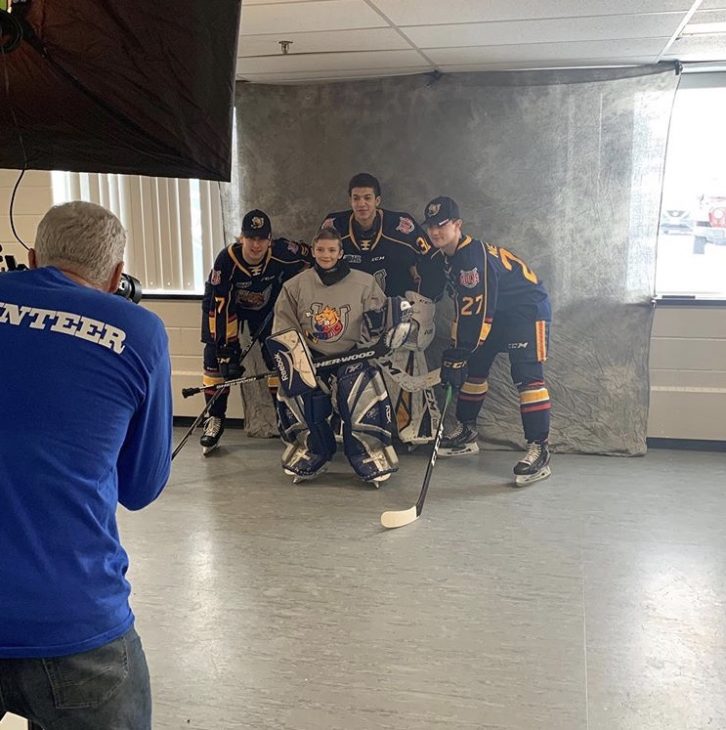 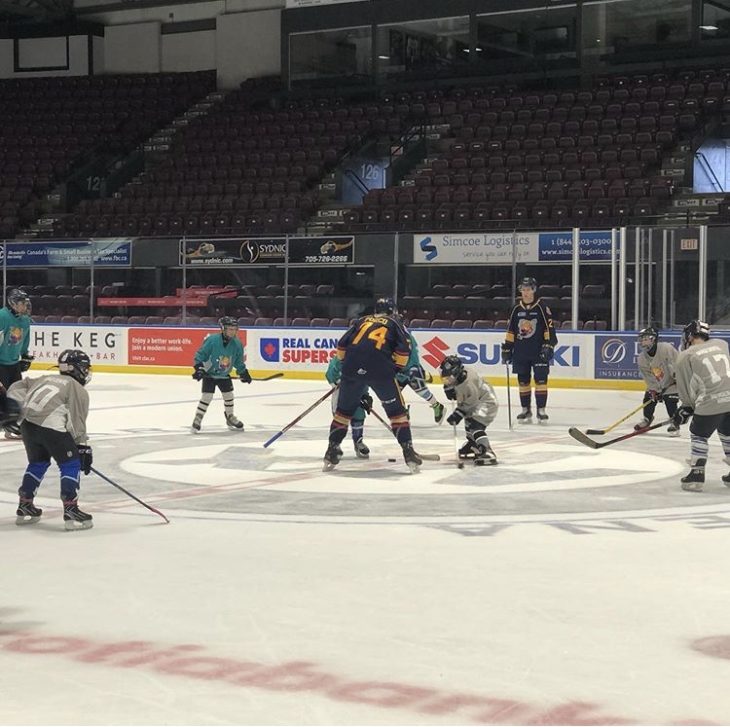 We’d like to thank the volunteers for all their hard work in such an amazing event and making sure every kid in the arena was smiling ear to ear! We’d also like to thank Mini Georgian, Georgian BMW, Kennedy & Dionne Financial Advisory Group and BMO for sponsoring this incredible event. The Barrie Colts are proud to be a part of giving back to the community and can’t wait for next year. 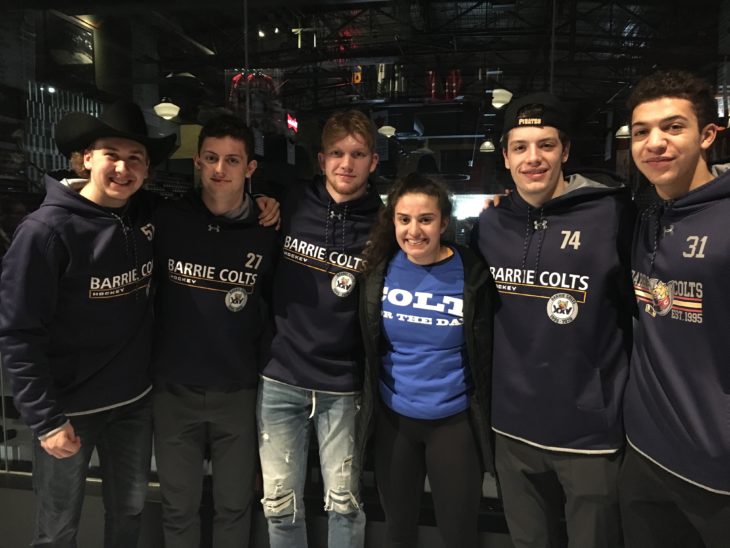 This November, our boys decided to get a fresh look as they head into November to raise some money for Men’s Health.  Some had lots of hard work disappear from their face, while others…..not so much.  Here’s a fun little video we put together with the help of our friends across the road at Sport Clips at Park Place.

The Barrie Colts held a surprise practice for a group of special needs BMHA hockey players.  The kids were smiling ear to ear after getting the chance to skate with some of their favourite players.  To top it off Pizza Pizza provided a pizza party afterwards and Rogers tv was there to capture this special moment.

On one Sunday afternoon some of the Barrie Colts took some time out of their day to surprise Owen Hill Retirement home with a surprise Pizza Party.

It was a great day for the boys who were able to interact with some of the senior citizens in our community, but it was an even better day for the people in the home to have the Barrie Colts come visit them.

Thanks to Pizza Pizza for supplying the food on the day and to Rogers tv who was able to capture all the smiles and the great time that was had.

The Barrie Colts are very active in the community. Each year, the Colts organization helps local charities and schools raise hundreds of thousands of dollars. From our Adopt A School program to corporate sponsor events, our players and coaching staff attend dozens of events each season.

One night in the 2016-17 season our boys took some time out of their night to put some smiles on kids faces. They surprised a local Novice AAA team with a practice, followed by dinner at Buffalo Wild Wings. Rogers tv also helped out by capturing all the unforgettable memories.

Early in the 2015-2016 season, the Colts surprised a minor hockey team at their practice. The Colts showed up with hot chocolate and Timbits from Tim Hortons for players and parents, while Rogers TV Barrie captured the incredible moment.

The Colts also surprised the Innisfil Snowdogs at the Barrie Molson Centre. The Colts took on the Snowdogs in a fun game, and then celebrated after with a pizza party. With special thanks to Richard Reininger and Hammond Transportation, Rogers TV captured the amazing day!

Some of the Barrie Colts players visited the Royal Victoria Hospital right before Christmas.  Our corporate partner, the Canadian Tire store on Mapleview Dr. in Barrie generously donated some toys and presents for the kids we visited.

The goal was to lift some spirits and get some smiles.

Their home needed updating, so we asked our corporate partner Dulux to help.  They sent an entire team and all the paint and materials to give Seasons Centre a whole new look!

We arrived on our team bus with some of our players and lunch courtesy of Panera Bread.  The staff and some of the parents and kids who attend the centre had no idea what was planned!

For more great Colts in the Community features, please visit our Videos page.