COLTS HEAD NORTH FOR A PAIR OF GAMES 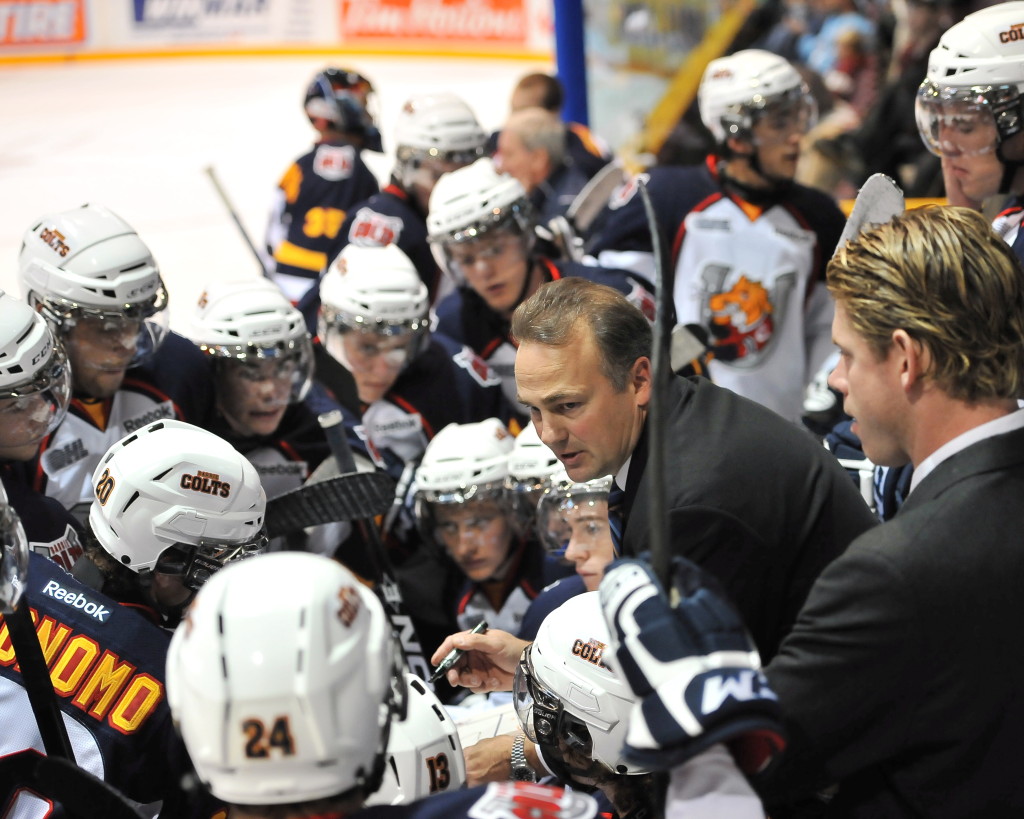 The Barrie Colts take their show on the road this weekend for a pair of games on back-to-back nights in Sudbury and Sault Ste. Marie.

The Colts have out-scored their opposition 30-26 through seven games, averaging almost 4.3 goals per contest.

The majority of that offense has come from the top line of Colin Behenna, Zach Hall and Tanner Pearson, who have combined to put up 20 goals and 55 points and sit top three in league scoring.

Captain Behenna has put up five goals and 11 assists, Hall leads the team with eight goals and has ten assists, while Pearson leads his team and the league in scoring with seven goals and 14 assists for 21 points.

The Wolves have allowed the third-most goals in the Eastern Conference, as goalie Brendan O’Neill is 0-4 with a goals against average of 6.55.

Barrie goalie Mathias Niederberger is 3-1-0-1 and has made the fifth most saves in the Ontario Hockey League through the first three weeks of the schedule.

On Saturday the Colts will travel to Sault Ste. Marie for a date with the 5-3 Greyhounds, who host the Kingston Frontenacs one day prior to welcoming Barrie.

The Greyhounds lost two of three last weekend on the road.