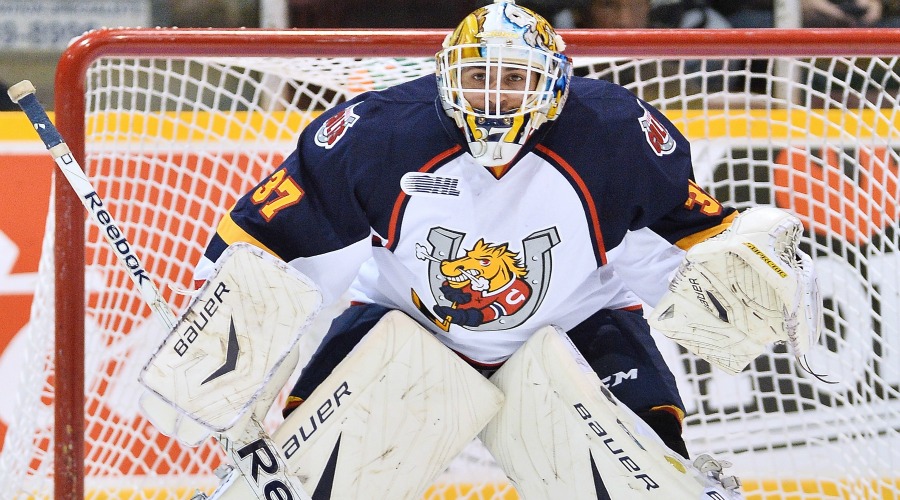 Barrie, ON– The Barrie Colts have announced today that they have completed a trade with the Windsor Spitfires.

The Barrie Colts obtain Windsor’s 7th round pick in 2015 in exchange for goaltender Alex Fotinos.

The Barrie Colts drafted Fotinos in the 2nd round, (37th overall) in the 2011 OHL priority selection draft. He was in his third season with the Colts but has seen limited playing time over that span appearing in just 37 games.