COLTS GET BACK IN TO ACTION WEDNESDAY NIGHT 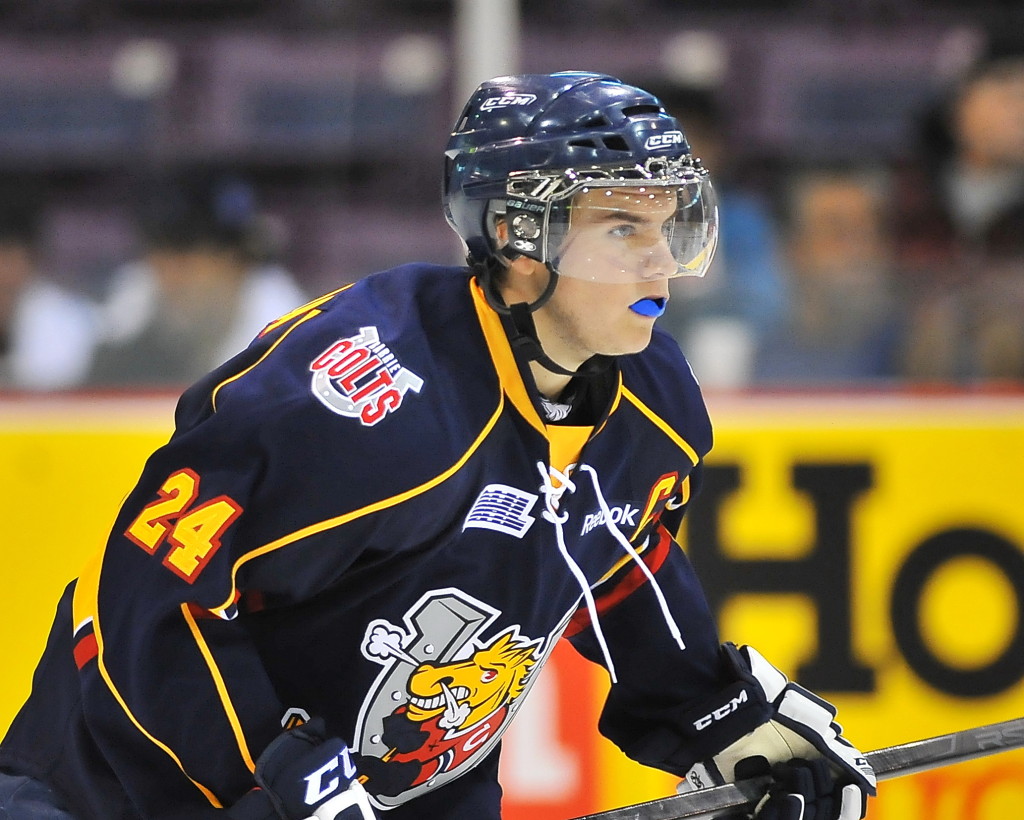 The Barrie Colts return from their Christmas break and get back in to action Wednesday night in Sudbury as they take on the Wolves.

The Brampton Battalion lead the division with 44 points, Barrie is tied with Niagara with 41 points, while the Wolves and Majors have 36.

Midway through the season the Central is highly regarded as the toughest of the four divisions with just eight points separating first to fifth and all five teams are in the top seven in the OHL’s Eastern Conference.

This is the fourth of six matchups between the two rival clubs with Sudbury taking two of three games thus far.  It’s the second trip of the season the Colts will make to Sudbury; they lost 3-2 on their last visit.

Barrie will be without some star players for their game Wednesday night as Tanner Pearson, Mark Scheifele and Ivan Telegin are all at the World Juniors in Alberta.

Defencemen Aaron Ekblad and Alex Yuill are at the World Under-17 Hockey Challenge in Windsor and begin their tournament on Wednesday night.

Zach Hall is sitting out the final game of a two-game suspension, while Jonathan Laser continues to heal.

The good news for the Colts is that starting goalie Mathias Niederberger has returned from the club after being named goalie of the tournament as he competed for Team Germany in the World Junior B-Pool.

The Colts return home to play the Brampton Battalion on Thursday night and then prepare to host Erie on New Year’s Eve.  Click here for Tickets.