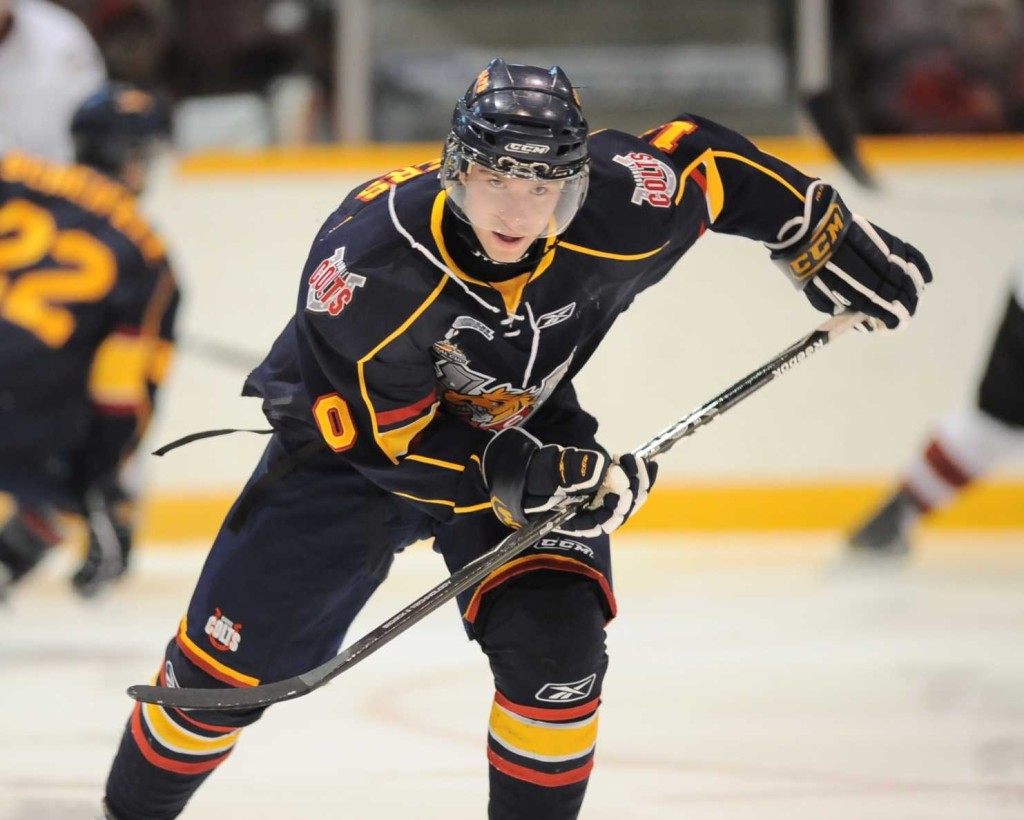 The Barrie Colts began their 16th season in the Ontario Hockey League Saturday night south of the border against the Plymouth Whalers.  The Whalers finished fourth in the Western Conference last year with a record of 38-27-1-2.

Plymouth opened up their regular season with two straight losses in Windsor and London before returning to the Compuware Arena for their home opener against the Colts.

Barrie was 2-0 against Plymouth last season, but of course a lot has changed with both clubs over the summer.  The Whalers are now without last year’s scoring leader Tyler Seguin, while the Colts lost several players to the NHL.

Peter Di Salvo got the start in goal for the Colts, entering his third full season in Barrie, Di Salvo led the league with 38 wins in 50 games played last year and definitely has the capabilities of stealing a game for the defending Eastern Conference Champs.  He was matched up against Scott Wedgewood who was starting for the third straight game.

Tyler Brown opened the scoring 12 minutes in to the contest on the first of two Plymouth goals in a span of 2:43.  Alex Aleardi’s power play goal gave the Whalers a 2-0 lead after the opening period, Aleardi’s fifth of the season from Schmitz and Meurs was the beginning of a huge night for the American.

Plymouth scored another pair of goals in the second period including Aleardi’s second of the game from Rickard Rakell.  Their four goal lead was cut later in the stanza when Zach Hall scored Barrie’s first goal of the season from Colin Behenna and Stephen Gaskin on the power play.  The Colts out-shot the Whalers 11-10 in the second, after putting only four shots on Wedgewood in the first.

Barrie wasn’t able to carry over their second period momentum as Aleardi completed the hat-trick 2:19 in to the final period on his seventh goal in three games.  Plymouth peppered Di Salvo with 22 shots in the third, Peter Neal scored his first of the season with 5:19 to go in the game to give the Whalers a five-goal cushion.  Steven Beyers scored his first goal as a Barrie Colts with 36 seconds left to play to make the final 6-2.

The newly acquired Aaron Taylor and John Padulo both made their Colts debut, as Barrie dressed only 7 returning players from last season.  Peter Di Salvo made 39 saves as the Whalers out-shot Barrie 45-21 in what turned out to be a pretty rough affair.  There were a total of ten fighting majors handed out, including six in the final three minutes.

Barrie did get a much needed boost at the forward position with the return of Darren Archibald.  The two-time 25-goal man spent time at Detroit Red Wings training camp and will be relied on to be a big offensive producer alongside center Taylor Carnevale, both of whom did not travel with the team on their current road trip.

The Colts will play in Windsor at 2:00 p.m. on Sunday, and return to Barrie for their home opener on Thursday, September 30th against the Brampton Battalion. 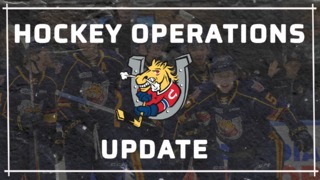