COLTS FALL TO THE WOLVES 3-2 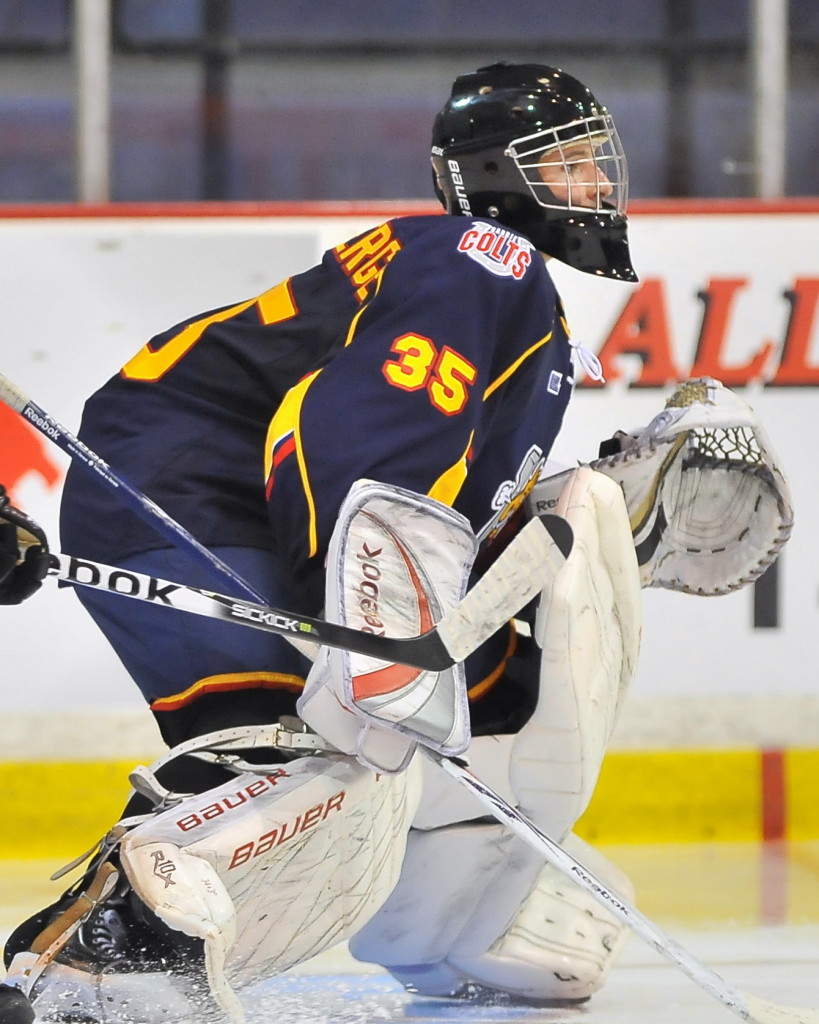 The Barrie Colts couldn`t find their offense Friday night in Sudbury as Johan Mattsson made 31 saves to give the Wolves their second win of the season by a 3-2 margin.

Sudbury scored twice in the second period and held Barrie off in the third as the Colts out-shot the Wolves 16-7 in the final frame.  The shots were 33 each, Mathias Niederberger stopped 30 pucks and drops to 3-2-0-1 on the year.

Zach Hall and Colin Behenna each extended their point streaks to eight games with a goal and an assist each.  Both of Barrie`s goals came with the man advantage, the Colts were 2 for 9 on the power play.

Eric Locke and Hall set up Behenna with just over three minutes left in the first period making it 1-1 after the first.

Sam Schutt and Josh Leivo scored nice goals for the Wolves in the middle frame leaving the Colts to rally back from a two-goal deficit heading in to the third period.

Tanner Pearson and Behenna set up Hall on the short side who went top shelf on Mattsson to cut the lead to a goal just over midway through the third.  The Wolves took five minor penalties in the final frame but Barrie couldn`t capitalize and came up just short.

Barrie now sits 4-3-0-1 on the season and take on the Sault Ste. Marie Greyhounds Saturday night at 7:30.