COLTS FALL 6-4 TO THE WOLVES 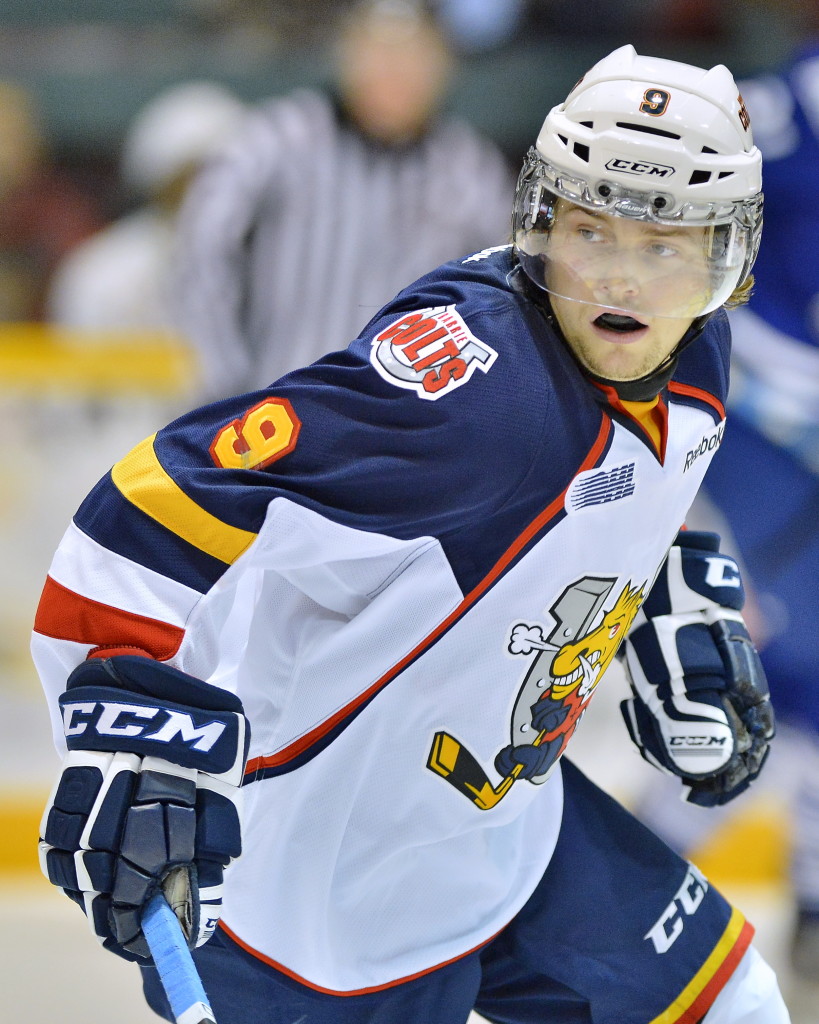 The Barrie Colts were in tough with a hungry Sudbury Wolves team tonight.

The Sudbury Wolves came out of the gate fast tonight putting early pressure on Barrie. Mathias Niederberger came ready to play stopping 12 shots in the first ten minutes of the game. At 9:04 Zach Hall was given a four minute penalty putting the Colts a man down. Nick Baptiste would tip home a Charlie Dodero point shot to beat a screened Niederberger on the powerplay to go up 1 – 0. The Colts would put on some late pressure but could not put one on the board. Sudbury outshot the Colts 13 – 3 in the first.

The first intermission discussion by Coach Dale Hawerchuk must have worked as the Colts came out hard in the second. Just 22 seconds in, Barrie would get a power play chance. The Colts deadly power play would once again click seeing Tyson Fawcett getting his second goal on the year. Anthony Camara and Zach Hall picked up assists. Sudbury would take back the lead 2 – 1 but Niederberger remained to be the story. He made multiple big saves and most notably robbed the Wolves forward on a shorthanded breakaway with a huge glove save. Colts defenseman Aaron Ekblad would tie the game back up just moments later on the power play yet again. At 18:26 Ekblad blasted home a slap shot off the bar and in over Wolves goalie Joel Vienneau. The second period ended at two apiece.

The Wolves would continue to pressure Barrie in the third leading to three straight unanswered goals to go up 5 – 2. The Colts would not quit without a fight though as Captain Ryan O’Connor would give his teammates some life making it 5 – 3. O’Connor one timed home a slap shot on a pass from forward Steven Beyers on the power play. Zach Hall would also register his second assist on the night. 11 seconds later, at 14:25 Andreas Athanasiou would fly the length of the ice and go for the wrap around leading to Erik Bradford banging home the rebound. Dylan Corson also picked up an assist and his first point as a Barrie Colt. That wasn’t enough for the Colts though as Sudbury would add another to go up 6 – 4 and steal the win. Mathias Niederberger seen a lot of rubber and looked solid tonight despite the score making 39 saves. The Colts specialty teams went 3 – 6 on the power play, which is lethal for opposing teams. Mark Scheifele was not in the line-up tonight for Barrie.

The Barrie Colts (11-4-0-1) still lead the Eastern Conference with 23 points on the year and will look to rebound tomorrow night when they take on the Sault Ste. Marie Greyhounds. Game time is 7:07 at the Essar Centre.