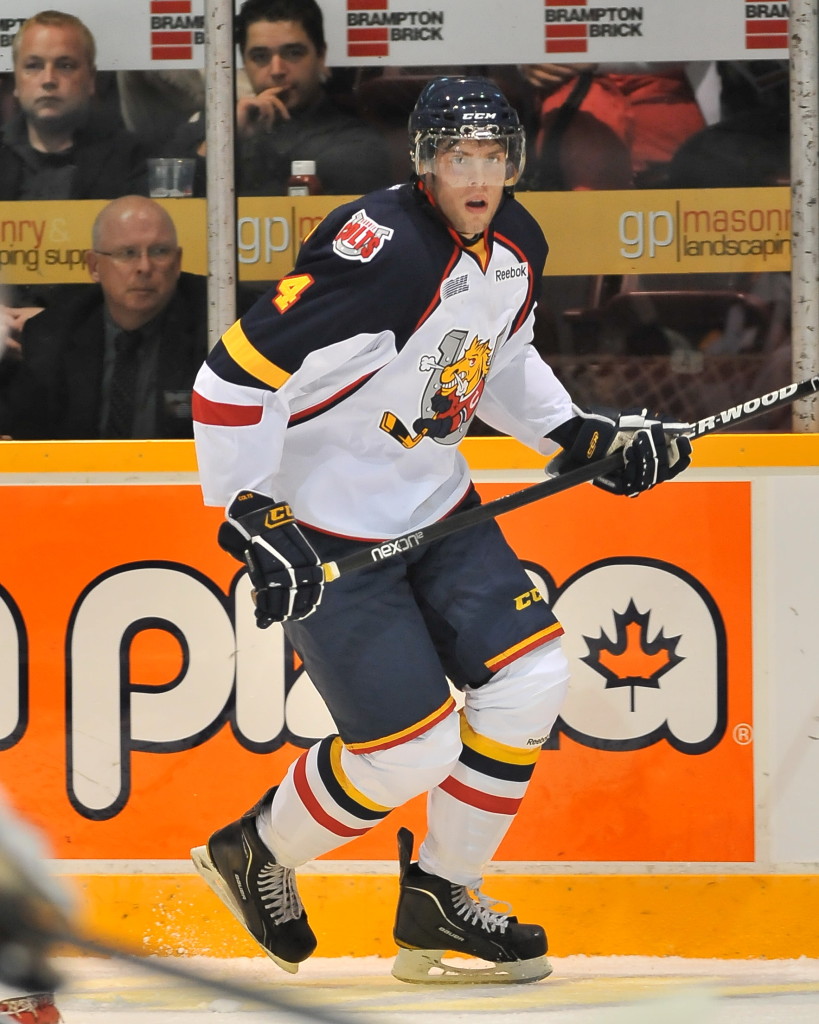 The Barrie Colts had their second straight chance to eliminate the Ottawa 67’s Sunday night.

Ottawa won their second straight game by a score of 3-2 and have forced game seven back in Ottawa on Tuesday night.

The 67’s stormed out of the gate and took a 2-0 lead after the first period, as they out-shot Barrie 11-7 in the opening frame.

Tyler Toffoli scored his tenth of the playoffs from Dalton Smith and Marc Zanetti at the 3:07 mark to establish an early 1-0 lead.

Ten minutes later the 67’s added to their lead with a Steven Janes goal.  Shane Prince sprung Janes on a breakaway and he had three shots before finally beating Mathias Niederberger for his second of the playoffs.

Tyler Graovac scored early in the second period to make it 3-0 67’s, before the Colts came back with a late surge.

Gregg Sutch put home a rebound with 1:32 left in the second, his first was assisted by Josh MacDonald and Alex Lepkowski.

Barrie got an early goal in the third period, which brought them within one goal of Ottawa.  Colin Behenna and Anthony Camara set up Lepkowski 2:52 in to the third, but the Colts could not come all the way back and suffered their first home-ice loss of the post-season.

Game seven is in Ottawa Tuesday night at 7:00 p.m.