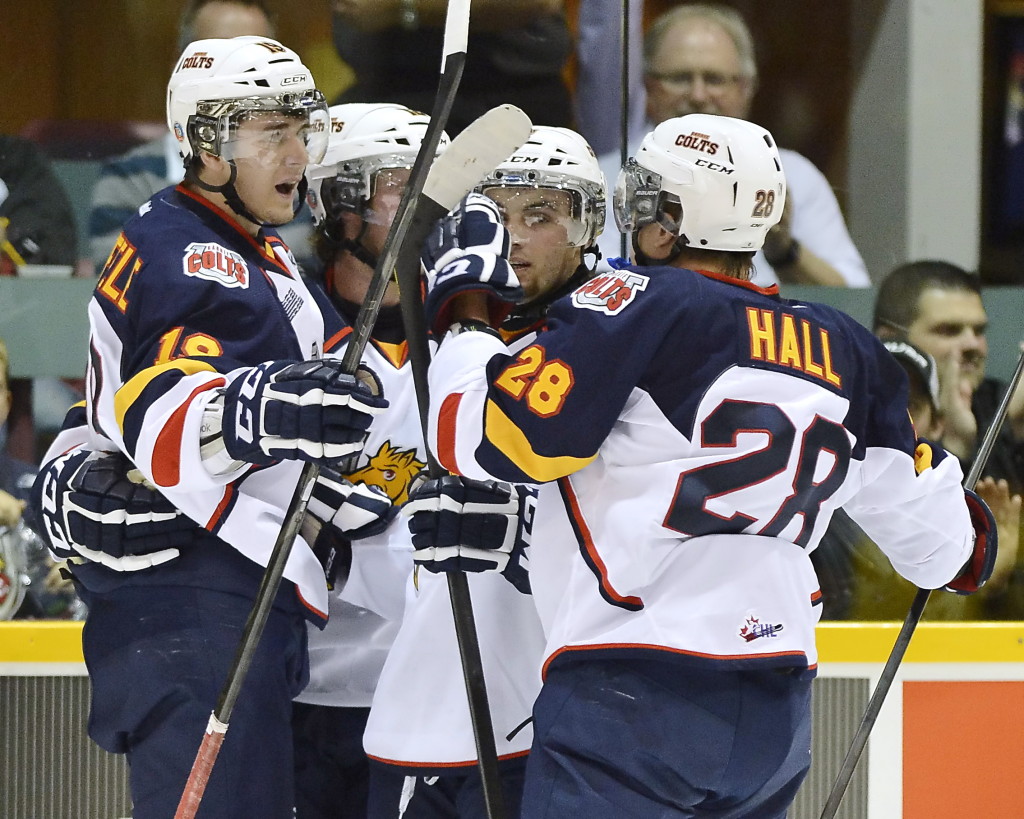 The Barrie Colts powerplay led the way once again leading to a 7 – 3 win over the Ottawa 67’s.

The Ottawa 67’s found themselves in penalty trouble early, giving the number one powerplay in the league a chance. At just 2:34 into the game, Colts Mark Scheifele would notch his fifth goal to give Barrie the 1 – 0 lead on the powerplay on a beautiful tic tac toe play. Anthony Camara would feed Scheifele a nice cross crease pass after he received the puck from Zach Hall who would also pick up an assist. Ottawa would respond with a goal as well on the powerplay at 6:36 when Cody Ceci would score on a shot from the blue line to tie the game at 1. It was all Barrie from then on in the first period, as the Colts would add three more goals, two more on the powerplay to take a 4 – 1 lead into the second. Mark Scheifele had two goals and one assists in the first period.

A dominating performance continued in the second frame for the Colts specialty teams, when forward Zach Hall would get his first of the game on a one timer from Camara to take a commanding 5 – 1 lead. Scheifele would register another assist on the play. The Ottawa 67’s would show some life, scoring at 17:26 on a goal by Remy Giftopoulos to make the score 5 – 2 heading into the third period.

The Colts would run away with the game in the third period starting by forward Tyson Fawcett scoring on a one timer from the slot for his first ever OHL goal and point. At 9:50 in the third Tyler Graovac of the 67’s would add his tenth goal on the year to make the game 5 – 3. From there, Barrie Colts Mark Scheifele and Zach Hall continued to show their dominance on the powerplay each adding another goal putting the Colts ahead 7 – 3 eventually leading to the win. Scheifele registered his fourth career hat trick all while picking up three assists for six points on the night. Scheifele is now leading the league with 19 points on the season in 11 games. Zach hall also had a stellar performance with two goals and four assists.

Barrie displayed why they are the number one powerplay in the league going 5 for 8 on the night. Mathias Niederberger was solid in the cage once again stopping 41 of 44 shots for his seventh win in a row. Barrie now takes an eight game winning streak into Saturdays contest versus the visiting London Knights. Game time is 7:30 at the Barrie Molson Center. Click here for tickets.