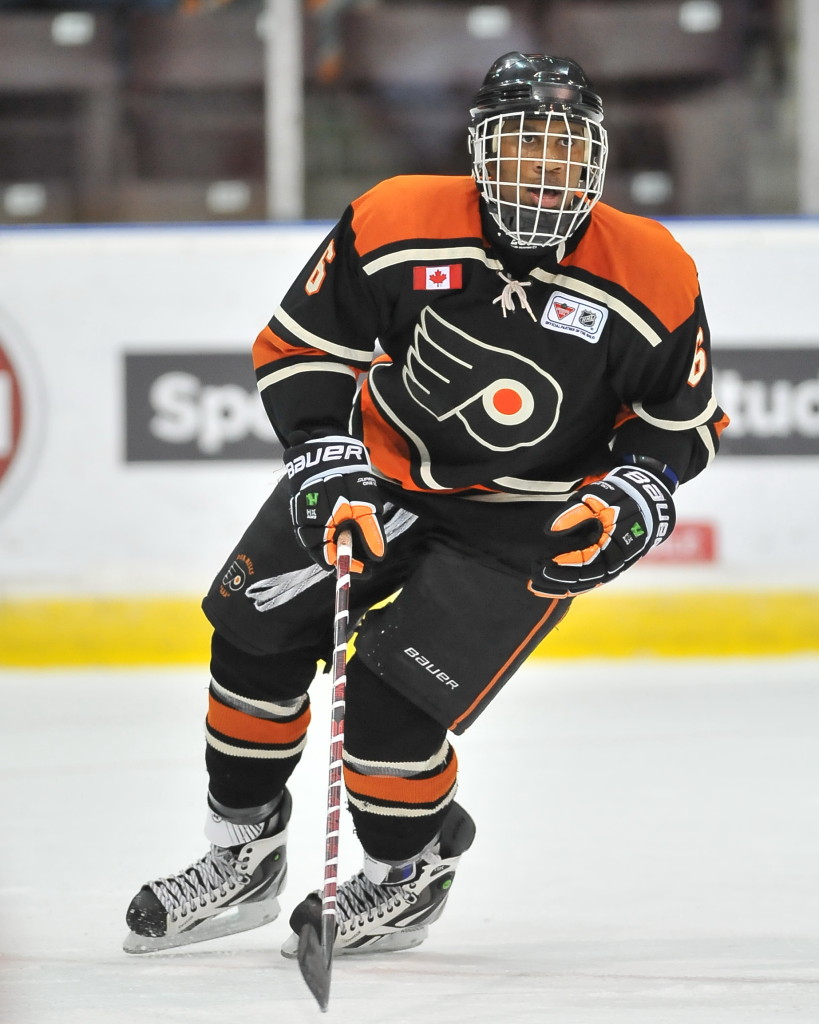 The Barrie Colts are proud to announce today that they have signed defenceman C.J. Garcia to an Ontario Hockey League contract.

The Colts selected the Pickering native with the 45th overall pick in the 2012 Ontario Hockey League Priority Selection.

“C.J. is a skilled and determined young player,” said Colts General Manager Jason Ford.  “He has excellent feet, and possesses the ability to skate himself out of situations better than most defenseman his age.”

Last season Garcia played for the Don Mills Flyers before being selected by Barrie in the third round of the 2012 OHL Draft.

“C.J. has a tremendous work ethic, and as an organization we are very excited to add such a quality young prospect,” added Ford.