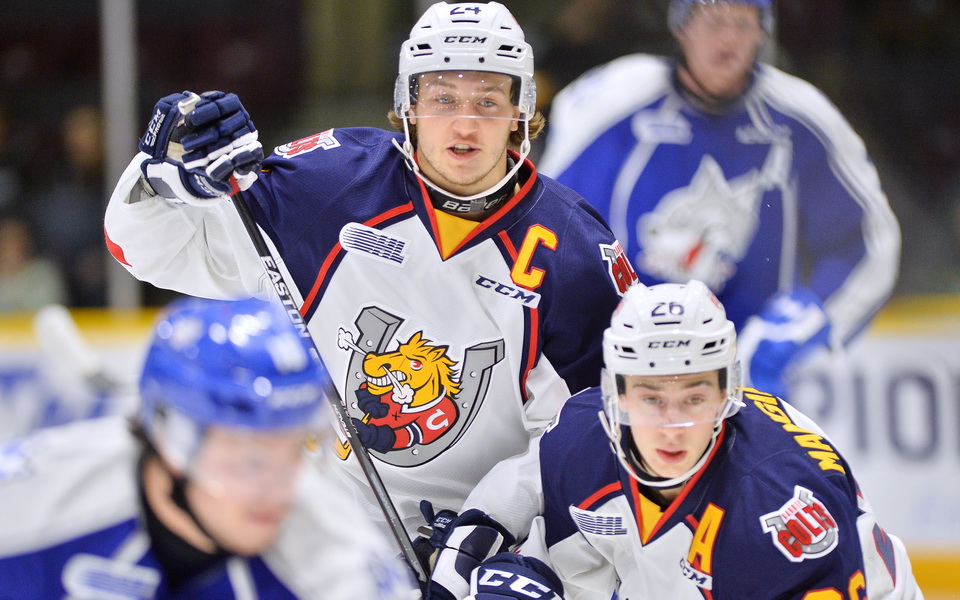 For the seventh time this season, the Colts took on the Sudbury Wolves in a central division matchup. The previous six games saw the Colts win, outscoring the Wolves 34 to 13.

Coming into the game, three Colts were on the verge of milestones. Colts captain, Michael Webster is playing in his 250th career OHL game with the Colts. His 250 games played secure his position in second place for all time games as a Colt. Colts assistant captain, Andrew Mangiapane, had 249 career points coming in to the night. While Colts overage forward, Kevin Labanc, tied the Colts franchise record of points in a season on Wednesday in Owen Sound. Labanc’s 121 points this season ties him with Sheldon Keefe’s record from 1999-2000.

Friday night’s game would see the same result that has occurred all season between the Colts and Wolves. Andrew Mangiapane would lead the way for the Colts with a goal and three assists, while Dylan Sadowy had two goals on the night. Kevin Labanc and Keigan Goetz each tallied a goal and an assist, while Colts defecemen Josh Carrick and Kody Gagnon each recorded their second goals of the season in the win. Michael Webster had two assists on the night, and Anthony Stefano, Ben Hawerchuk, Justin Scott, Julius Nattinen and Cordell James all recorded an assist.

It would take 6:31 for the Colts to get on the board when Sadowy tallied his 41st goal of the season on the power play. Nattinen and Mangiapane assisted Sadowy’s goal.

The Colts would extend their lead with nearly 2 minutes left in the period. Mangiapane recorded his 48th goal of the season, marking his 250th career OHL point. Webster and Labanc assisted on Mangiapane’s goal, and with that assist, Labanc recorded his 122nd point, officially surpassing Sheldon Keefe’s franchise record of single season points.

The Colts would give themselves a little buffer early in the second period. 1:39 into the period, Sadowy would net his second of the game after Scott set up a great feed across to Sadowy. Mangiapane also assisted on Sadowy’s 42nd goal of the season.

Just over five minutes later, the Colts would get more help as Carrick gave the team a 4-0 lead. Carrick walked down the right side of the Wolves end and fired a wrist shot top shelf for his second goal of the season.

But, eleven seconds after the half way point in the period, the Wolves would cut the Colts lead to three goals when Reagan O’Grady found a rebound and buried his 2nd goal of the season.

The Colts would answer back five minutes later to once again grab a four-goal lead. Goetz would get a feed from Hawerchuk, and would beat Troy Timpano in goal for the Wolves with a nifty backhand. Goetz’s goal was his 10th of the season.

Before the end of the period, the Wolves would once again cut the Colts lead to three goals with 23 seconds to play. David Levin would beat Ovsjannikov for his 9th goal of the season.

The second frame would see the Colts outshoot the Wolves 16-8, and that would continue into the third period.

In the first half of the third period, the Colts had a great shorthanded chance. Mangipane and Nattinen nearly beat Timpano in tight, but Timpano made a sprawling save to shut the door.

Only a few minutes after that chance, the Colts would earn their third 4-goal lead of the game when Labanc scored his 39th goal of the season, bringing his single season point total up to 123. Stefano and Webster assisted on Labanc’s tally.

Less than a minute after Labanc’s goal, Gagnon would score the Colts 7th goal of the game. Gagnon was able to get a hold of the rebound from James’ shot, and found the back of the net for his second goal of the season. Goetz also tallied an assist on the goal.

The Wolves would net the final goal of the game though, when Dmitry Sokolov faked a forehand shot, and then snuck it in short side on Ovsjannikov. Sokolov’s 27th of the season was assisted by David Levin, and would bring the Wolves to within four.

That would be as close as the Wolves would get as the Colts walked away with their 7th win of the season against the Wolves. With that win, the Colts would clinch first place in the Central Division for the third time in four seasons.

Throughout the night, the Colts went 2 for 5 on the power play, while holding the Wolves to 1 for 5 on their man advantage chance. In goal, Ovsjannikov stopped 20 of the 23 shots that he faced, while Timpano stopped 40 of the 47 shots he faced.

The Colts return to the BMC Saturday night when they welcome the Peterborough Petes for the first time this season. For tickets to the game, visit the BMC Box Office or online at www.ticketbreak.com. 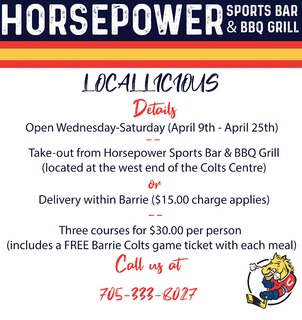 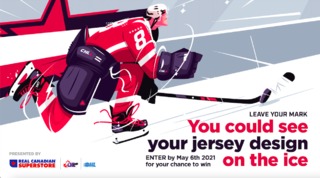 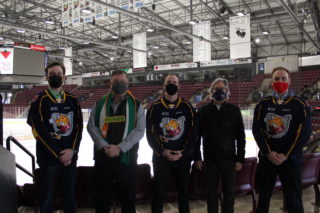