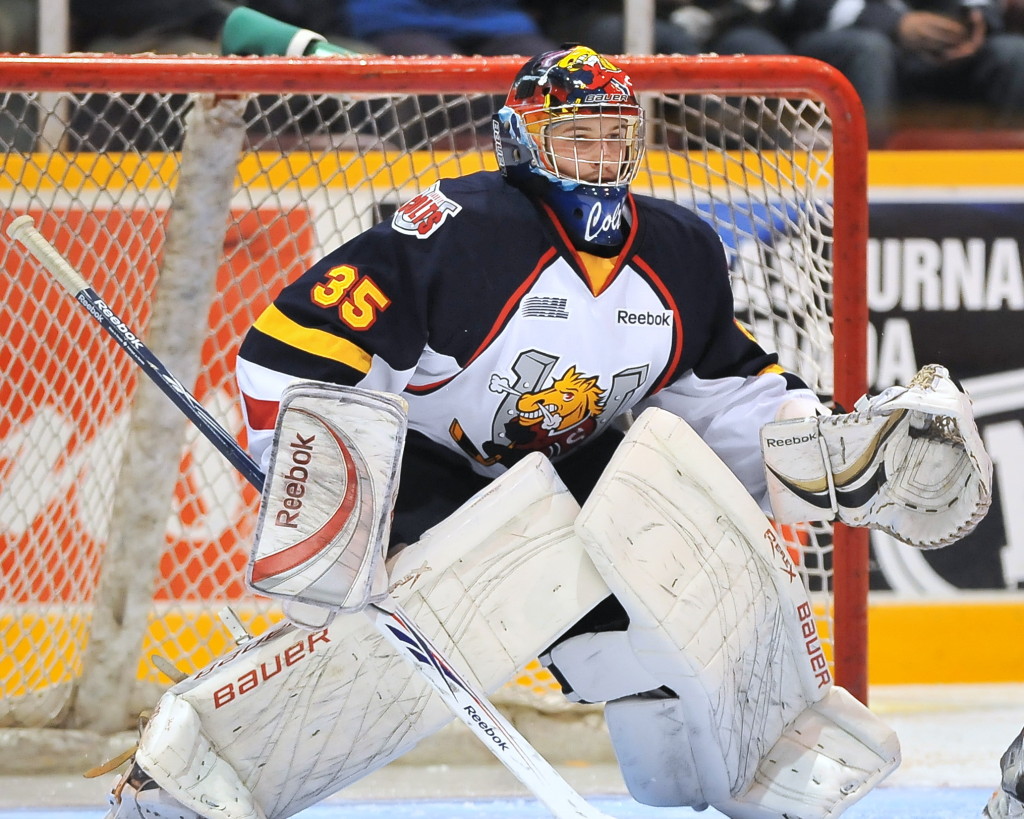 The Barrie Colts won their fourth straight game Saturday night as they disposed of the visiting Sault Ste. Marie Greyhounds by a score of 5-0.

Mathias Niederberger stopped 29 shots and picks up a shutout on back-to-back nights.

Zach Hall and Anthony Camara both had a goal and an assist, Gregg Sutch, Steven Beyers, and Alex Yuill also scored for the Colts.

Colin Behenna had a game-high three points with three assists, while Daniel Erlich chipped in with two helpers.

Barrie opened the scoring on a nice passing play as Ryan O’Connor and Colin Behenna combined to set up Beyers who hammered the shot past Jack Campbell.

2:23 later it was Gregg Sutch finishing off a pass from Erlich and Hall to make it 2-0 Colts after the first.

Barrie poured in another pair of goals in the middle frame starting with an Anthony Camara goal set up neatly by Behenna and Tanner Pearson.

Shortly after the Colts extended their lead to four goals with a Zach Hall goal, assisted by Camara and Behenna.

In the third period the only goal came off the stick of Alex Yuill, with assists going to Ivan Telegin and Mark Scheifele.