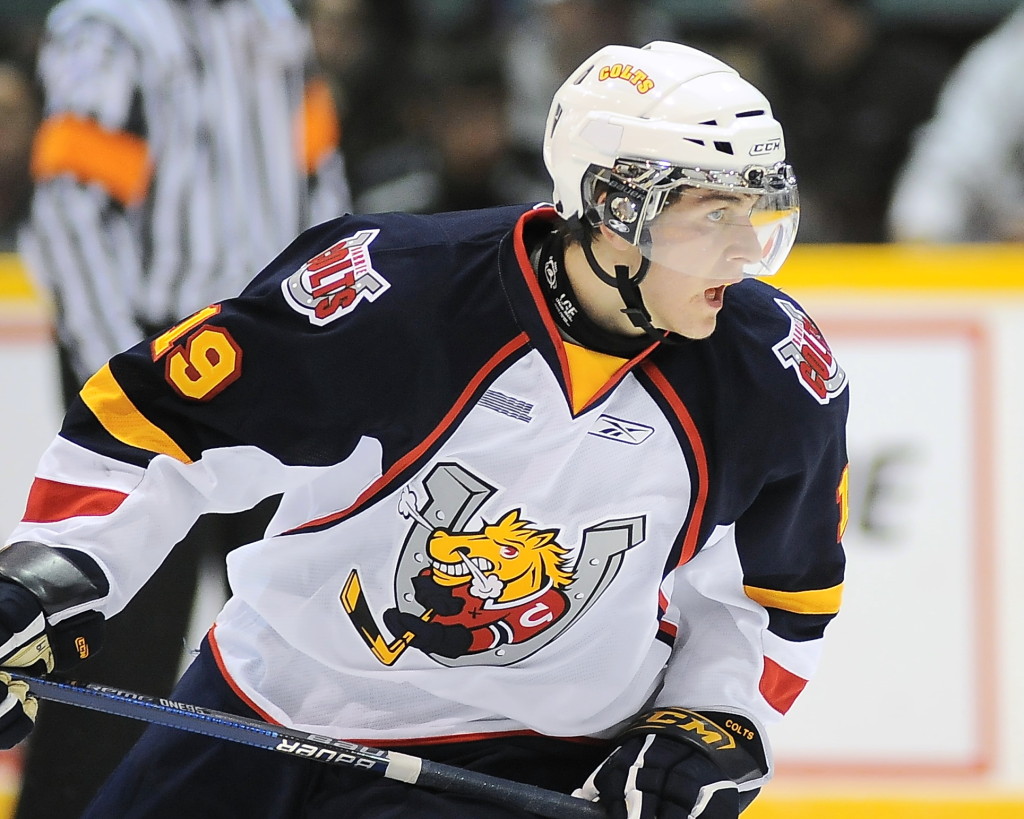 The Barrie Colts continued their road trip in Kingston Sunday afternoon against a Frontenacs squad that had already lost twice to Barrie this year.

The Colts took the first two games of the regular season-series, including a 5-1 win at the K-Rock Centre on November 5th.  Kingston exacted some revenge on the Colts with a 6-5 win in Barrie ten days ago, claiming their first win in three tries against Barrie.

Overall the Colts have out-scored Kingston 18-13 heading in to their final matchup of the season.

Barrie scored three times in the third period and defeated the Frontenacs 5-4 in a shootout to snap an eight game losing slump.

The Colts beat the fifth ranked team in the Conference for the third time in four games this season.

Clint Windsor made 44 saves, including seven in overtime to grant the Colts the victory.  Mark Scheifele had a pair of goals and now sits with 19 on the season.

Kingston’s Ryan Spooner entered the game with one goal and four assists in two games since coming over from Peterborough.

He got things started in the first period with his 33rd of the campaign, but just 12 seconds later Scheifele responded with his first of the game unassisted.

Spooner would set up a pair of Kingston goals 1:50 apart late in the opening period to establish a 3-1 lead for his team.

Windsor faced a whopping 23 shots in the first, compared to just five for the Colts.

Kingston scored the first goal of the second frame and once again Spooner was integral.  He set up former Colt Mitch Lebar for his second of the night.

Barrie came back moments later and scored their only power play goal of the game as Scheifele potted his second to make it 4-2 after 40 minutes.

The Colts got off to a good start in the third with John Padulo beating Franky Palazzese for his ninth of the year.  Chris Buonomo and Eric Locke assisted on the Padulo effort.

Colin Behenna scored Barrie’s third unassisted goal at 9:02 to tie the game at four.  His 31st would eventually send this game to overtime where nothing was solved.

After being involved in all of Kingston’s goals Spooner scored their lone goal in the shootout.  Scheifele scored for Barrie and Locke scored the shootout winner.

Tanner Pearson and Petr Beranek both had their five game point streaks snapped, as that line failed to score a goal for the first time in eight games.