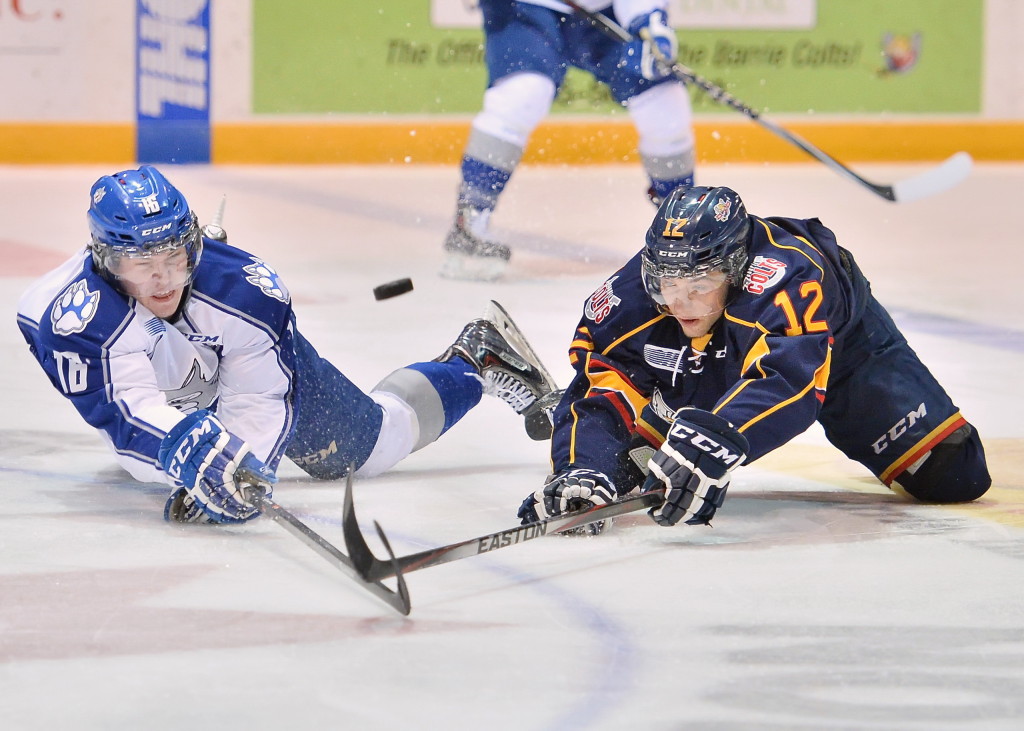 The Barrie Colts visited the Sudbury Wolves for the second time this season on Friday night. The first meeting between the two teams this season saw the Colts dominate in a 7-2 win in Barrie early in the season.

Friday night the Colts once again took it to the Wolves, but wouldn’t secure the lead until halfway through the third period. The Colts left the 2nd period with a 2-1 lead, but only 2:53 into the third period the Wolves tied it up. With just over 10 minutes left in the game, the Colts grabbed the lead, then extended the lead with 5 minutes remaining.

Andrew Mangiapane, Roy Radke, Julius Nattinen and Justin Scott each scored for the Colts in the win. Rasmuss Anderson and Kevin Labanc each recorded two assists, while Justin Murray grabbed his third assist of his career. In goal for the Colts, Mackenzie Blackwood stopped 36 of the 38 shots he faced, while Wolves goalie Zack Bowman stopped 45 of the 49 shots that the Colts took.

The Colts got on the board 12:15 into the first period when Andrew Mangiapane grabbed his 12th goal of the season. Labanc grabbed his first assist on the night on the Colts first goal. But only two and a half minutes later the Wolves would answer with their first of the game. Wolves captain Danny Desrochers grabbed his 6th goal of the season with assists from Pavel Jenys and Matt Schmalz.

At the end of the first period, the Colts were outshooting the Wolves 17 to 12. Mangiapane’s goal in the first period would mark his 24th point on the season, moving him into 6th in points in the OHL.

Early in the third period, the Wolves got on the board to tie the game when Alan Lyszczarczyk scored his 5th goal of the season to make it 2-2 early in the period. Brady Pataki and Trenton Bourque had the assists on the Wolves goal. Nearly 7 minutes later, the Colts would once again regain the lead when Nattinen buried his 6th goal of the season and ultimately the game winner during 4-on-4 play with assists going to Rasmus Andersson and Justin Murray.

Then with 5:08 left in the period, Justin Scott scored his fourth goal of the season securing the Colts win, with assists coming from Andersson and Labanc.