Colts Battle Back To Down Battalion in Shootout 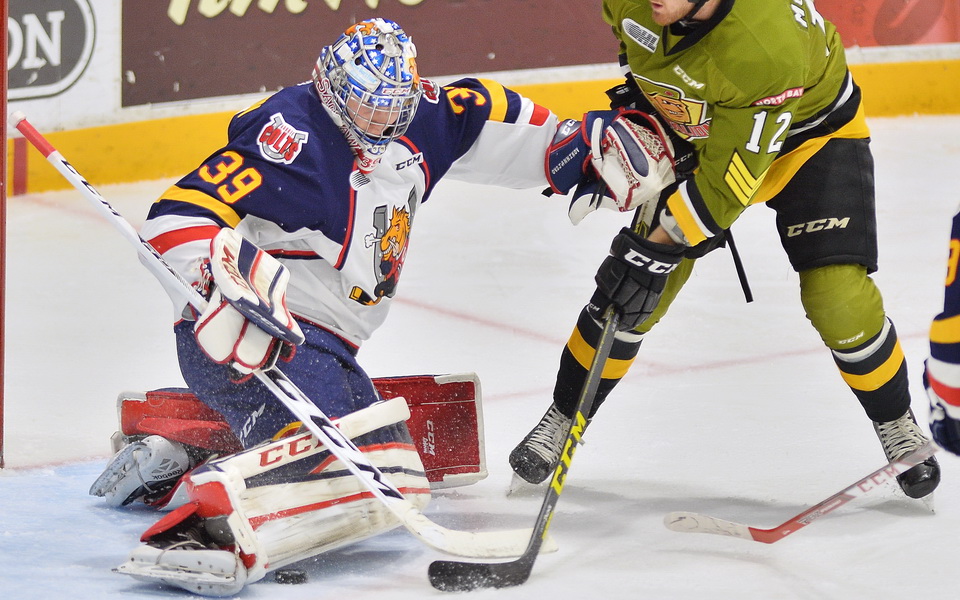 The Colts played their third game in three days Saturday night as they faced off in a crucial Central Division meeting with the North Bay Battalion.

Barrie entered tonight’s action riding a mini two game losing streak as they fell to the Erie Otters 4-2 Thursday before the Bulldogs bested them 6-4 Friday night in Hamilton. The Battalion come in on a losing streak of their own as the team has dropped their last three contests, which included defeat at the hands of Sudbury, Ottawa and Sault Ste Marie respectively. North Bay looks to redeem following their last visit to BMC on January 2nd, where they the team was blown out 12-2.

A mere five points in the Central Division rolling into Saturday night’s game separated the Colts and Battalion. Barrie sits tied atop the division with the Ice Dogs as both teams have 49 points while North Bay sits in 4th place with 44. Tonight’s game also featured two of the league’s top scorers as Kevin Labanc leads the OHL in points with 74 while Battalion captain Mike Amadio is currently 7th in scoring with 55 points, comprised of 24 goals and 31 assists.

Getting the nod in goal for the Colts would be David Ovsjannikov after Mackenzie Blackwood would be out due to a suspension. The Battalion would counter with Jake Smith, who has started 30 games for North Bay this season, posting a record of 16-12-2-0.

Roy Radke would nearly open the scoring for the Colts just 25 seconds in the game. After receiving the pass into the high slot, Radke would drive the net, bringing the puck to his forehand and firing it just wide of the cage.

However, it was the Battalion that would get on the board first at the 11-minute mark of the period. Following a Julius Nattinen cross checking penalty and a Justin Scott game misconduct for checking from behind, the Battalion would be given a 5 on 3 power play where they would capitalize just 17 seconds into the two man advantage as Mathew Santos would re-direct the Kyle Wood one timer past Ovsjannikov for his 13th goal of the season, giving North Bay the 1-0 lead.

Following the power play, the Battalion managed much of the game as they kept the majority of the play in Barrie’s end of the ice. That pressure would pay dividends, as North Bay would extend their lead to two with six minutes remaining in the first. After Daniil Vertiy slipped behind the Colts’ defence for a breakaway, the speedy winger would be hauled down, awarding him a penalty shot where he made no mistake sliding the puck through the wickets of Ovsjannikov for his 8th goal of the year.

The Colts’ would not let the deficit deter them, as they would answer minutes later to cut the Battalion lead to one. Kevin Labanc would send the puck in front of the Battalion goal where a mad scramble presumed. After the Colts had a couple of whacks at the loose puck, it was Andrew Mangiapane would collect it and he buried a backhand past Jake Smith. The goal was Mangiapne’s 22nd of the season as Nattinen would record the second assist on the tally. The Colts entered the second period down 2-1 as shots in the frame were 15-7 Battalion.

The Colts’ late goal in the first seemed to spark the team as they came flying out of the gates as they had an abundance of quality scoring chances to tie the game up. Mangiapane had a golden opportunity as he had a yawning cage but he ripped it off the post. Nearly a minute after Mangiapane’s chance, Sadowy would find himself on breakaway. However, he couldn’t get the puck through the wickets of Smith, preserving North Bay’s lead.

The missed opportunity would prove costly for the Colts, as at the 11-minute of the period the Battalion would extend their lead back to two. After Kyle Wood was sent off for hooking, the Colts looked to take advantage of the power play and even the game up at 2-2. However, it was the Battalion who would strike shorthanded as Mathew Santos would chip the puck to Mike Amadio who wired it under the blocker of Ovsjannikov to make it 3-1. The goal was Amadio’s 25th of the year as Santos picked up the lone assist on the marker.

With three minutes remaining in the second, the Colts would once again cut the Battalion lead to one. After picking up a loose puck at centre, Kevin Labanc would make a move around Brett McKenzie before firing it over the glove of Smith. The goal was Labanc’s 27th on the year as Cordell James would record the only assist on the goal.

After Labanc cut the Battalion lead to one, North Bay would find themselves back up by two for the third time in the game only a few minutes later. After Keigan Goetz was sent off for hooking, North Bay would once again capitalize on the man advantage as Mathew Santos would tip the Kyle Wood pass through Ovsjannikov’s legs as the puck squeaked over the line for Santos’ 14th of the year and second power play goal of the contest. The Colts’ entered the third with hopes of generating a comeback. Shots in the frame were 15-12 Battalion, 30-19 Battalion total.

A minute and a half into the third, North Bay had a wonderful chance to extend their lead to three. As the Battalion broke into the Colts’ zone on a 3 on 1, the puck would be worked around to Mike Baird, but like Mangiapane in the opening of the second, he too rung one off the iron to keep the Battalion lead at two. That would prove to be beneficial for the Colts’ as they would cut North Bay’s lead to one for the third time in the game. After a nice forecheck from Roy Radke, Radke would send the puck to the front of the net where Dylan Sadowy would bury it past Jake Smith. The goal was Sadowy’s 22nd of the season and his second as a member of the Colts.

The Colts would finally get the equalizer they had been looking with just over seven minutes left in the game. Similar to their third goal, it was an aggressive forecheck that led to the goal, as Labanc would apply a hit to the Battalion defender before sending the puck in front to Mangiapane who ripped one over the blocker of Smith to tie the game at 4-4. The goal was Mangiapane’s second of the game and 23rd of the season.

The remainder of the period saw a compelling, back and fourth action with both teams generating quality scoring chances. However, Jake Smith and David Ovsjannikov were up to the task as turned everything aside, sending the game in overtime. Shots in the third were 15-12 Battalion, 45-31 Battalion for the game.

The overtime period started with the Colts down a man after Sadowy took a high sticking penalty with 29 seconds left in the third. After Barrie was able to kill off the penalty, the action became as both Ovsjannikov and Smith stood on their heads, turning away everything that came their way.

The highlight of the overtime frame was Ovsjannikov as he stopped two 2 on 1’s with a sprawling left leg kick save to keep the Colts alive as the game would need a shootout to decide the winner. Shots in overtime were 4-3 Battalion, 49-34 Battalion for the game.

Both teams would send out their leading scorers to shoot first in the shootout, as the Colts would put their hopes in Kevin Labanc while the Battalion leaned on Mike Amadio. However, neither player would be able to find the back of the net, keeping the shootout knotted at zeroes.

The Colts’ second shooter would be Andrew Mangiapane. Mangiapane would come in on Smith and slide the puck by the outstretched right pad of Smith to put the Colts up by one. After North Bay’s second shooter Steve Harland would lose control of the puck and Barrie’s third shooter Dylan Sadowy would fire it over the net, the Battalion would rest their hopes in the hands of Kyle Wood. Wood would try and go over the glove of Ovsjannikov but the native of Czech Republic would turn it away, giving the Colts a 5-4 victory.

With the win, the Colts have now won 5 consecutive home games and are one point up on the Niagara Ice Dogs for the Central Division lead. With his two goals on the evening, Andrew Mangiapane expanded his point streak to nine games where he has registered 7 goals and 11 assists in that stretch. The Colts next home game is on January 23rd when they take on the Eastern Conference leading Kingston Frontenacs. Get your tickets now by visiting the BMC Box Office or visiting www.ticketbreak.com. 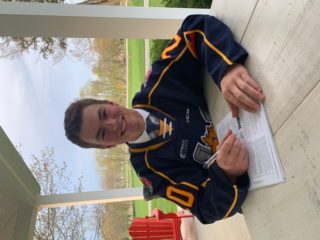 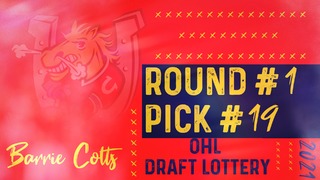 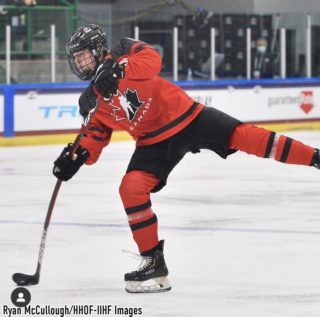 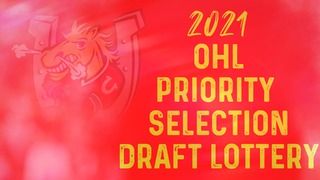 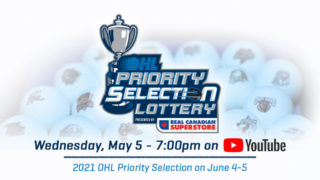 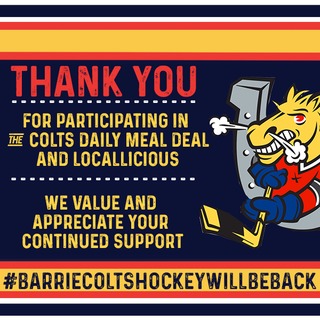