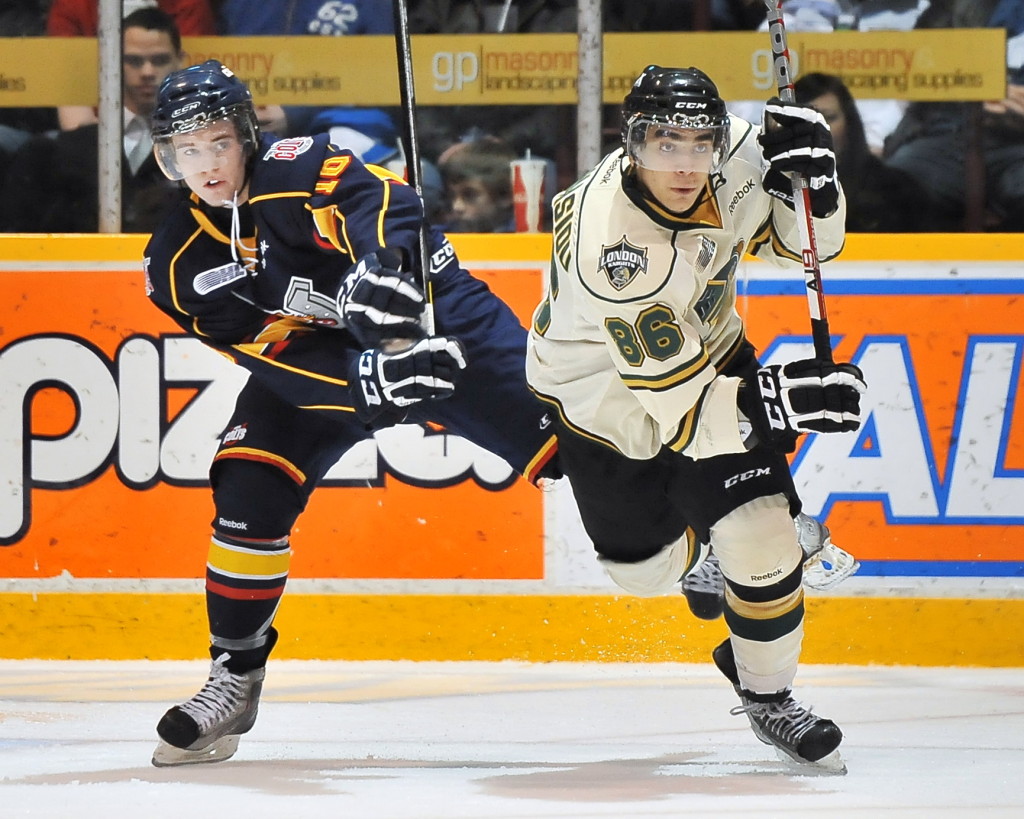 The Barrie Colts announced on Friday that they have acquired forward Andreas Athanasiou from the London Knights in exchange for three draft picks.

Athanasiou has played two seasons with the Knights and was drafted by the Detroit Red Wings in the 4th round (110th overall) in the 2012 NHL Entry Draft.

Last year the Woodbridge native scored 22 times in 63 games, while adding 15 assists for a 37-point campaign.

In 120 career games the left-winger has notched 59 points and helped the Knights capture the Ontario Hockey League championship last season.

Athanasiou is in Barrie and will play in scrimmages on Tuesday and Wednesday before playing in his first blue-white game on Thursday night.