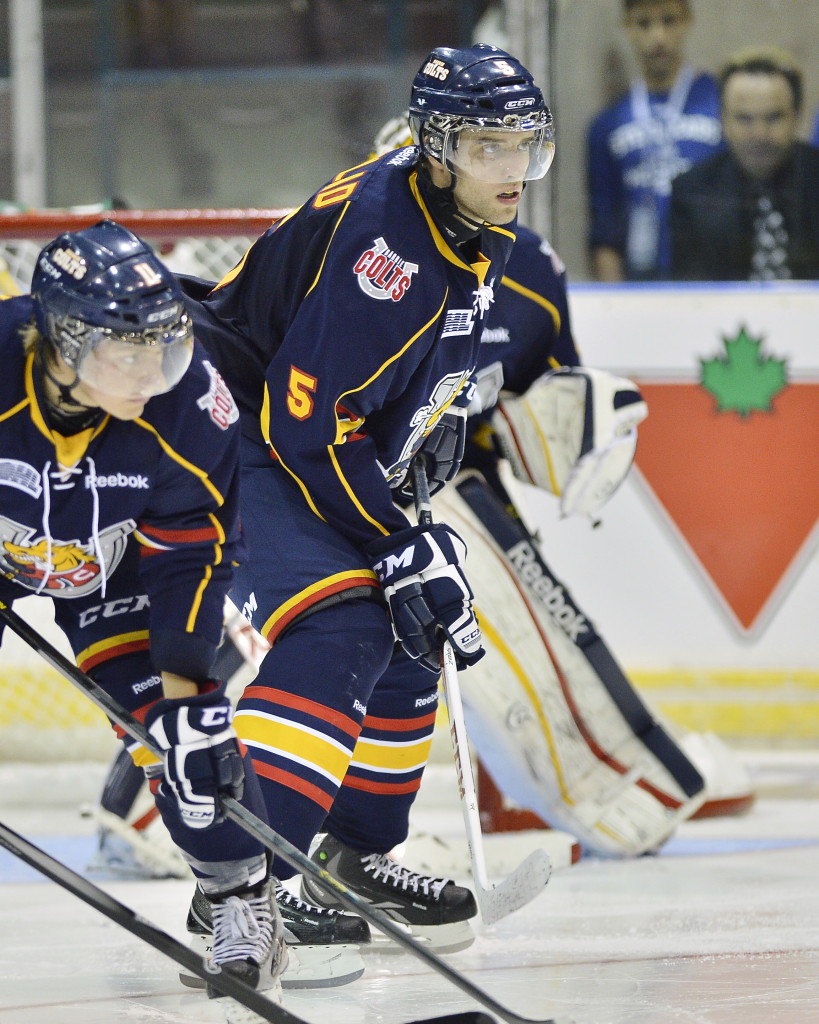 The Barrie Colts and Belleville Bulls continued their series with game 6 at the Barrie Molson Centre. The Colts went into the game owning a 3-2 series lead and were looking to eliminate the Bulls and advance to the OHL Finals. The Bulls spoiled the party as they handed the Colts their first home loss of the post season with a 3-1 defeat.

The first period displayed both teams playing strong defensive hockey with tight checking and limited scoring opportunities. The shots were 9-7 in favour of the Colts.

Belleville would open the scoring 19 seconds into the second period with Brendan Gaunce getting the goal. His shot deflected off a Colts defencemans stick and slid through the legs of Colts goaltender, Mathias Niederberger. The Colts pressed hard for the tying goal and had some opportunities, including Colts defenceman Aaron Ekblad hitting the crossbar. The Colts finally broke through as Ekblad beat Subban blocker side with a hard wrist shot from the slot. Andreas Athanasiou and Mitchell Theoret registered the assists on the goal.

The game remained tied at one goal apiece well into the third period. With less than 5 minutes remaining, Gaunce skated out from behind the net and tucked the puck by Niederberger to give the Bulls a 2-1 margin. The goal was Gaunce’s second of the game and proved to be the eventual game winner.

The Colts pressed hard for the tying goal but would ultimately lose the game 3-1. Bulls’ forward, Alan Quine scored the third goal for Belleville late in the period to put the game out of reach. Subban made 32 saves in the win.

The Eastern Conference Finals will have a decisive Game 7 on Monday April 29th when the two teams face off at Yardmen Arena.  Puck drop is at 7:05p.m.