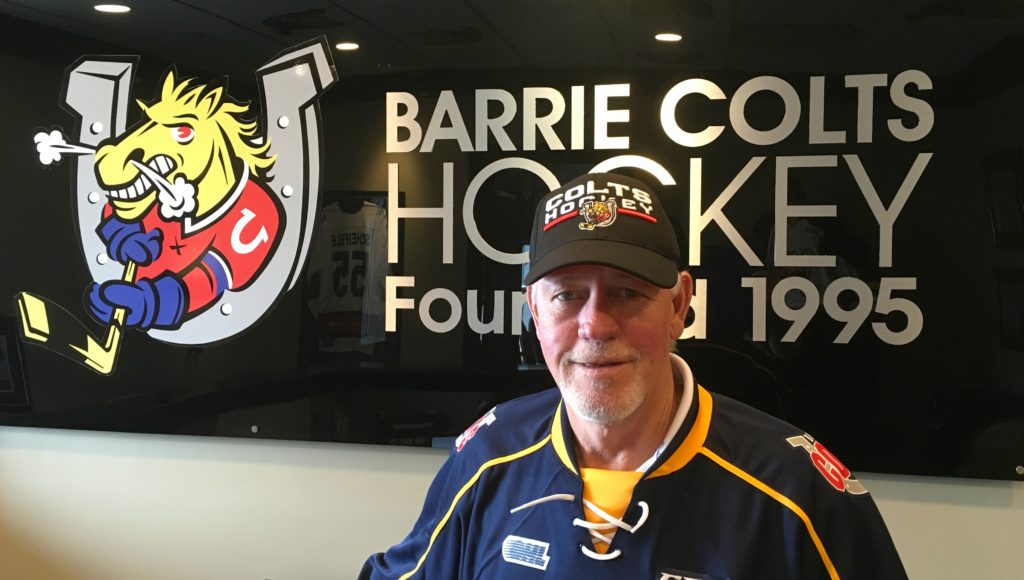 Billy Smith joined the Colts in the summer of 2017 as the Director of Goaltending.

Smith played in parts of 18 seasons in the NHL as a goaltender.  He spent most of his career with the New York Islanders and was part of their magical run in the 80’s to 4  consecutive Stanley Cup victories.  While doing so, Smith captured a Vezina Trophy (1981-82 Best Goaltender), William M. Jennings Trophy (1982-83 Best Goaltending Duo) and a Conn Smythe Trophy (1982-83 Playoff MVP).

The Perth, ON native wasn’t out of hockey for long after retiring in 1989 and being inducted into the Hockey Hall of Fame in 1993.  He joined on with the expansion Florida Panthers Hockey Club as their Goaltending Coach before being named an Assistant Coach from 1998-2001.