Monies in the fund are paid out to various charities in our community. Past and current recipients include:

Through the Barrie Colts Community Fund, the Barrie Colts Adopt A School Program and contributions from the Colts Organization, over $160,000 per year is donated to local charities, schools and people in need in our community.

Since the current ownership of the Colts took control in 2007, our organization has contributed over $1.5 Million dollars to local charities, organizations and schools!

Our ongoing goal is to help people in need in our community and make Barrie and area a better place to live for all of us.

Thank You For Supporting Our Efforts. 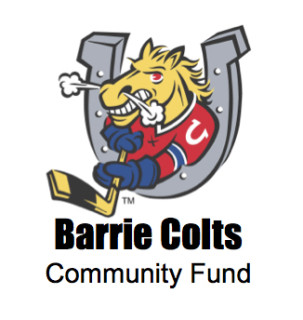