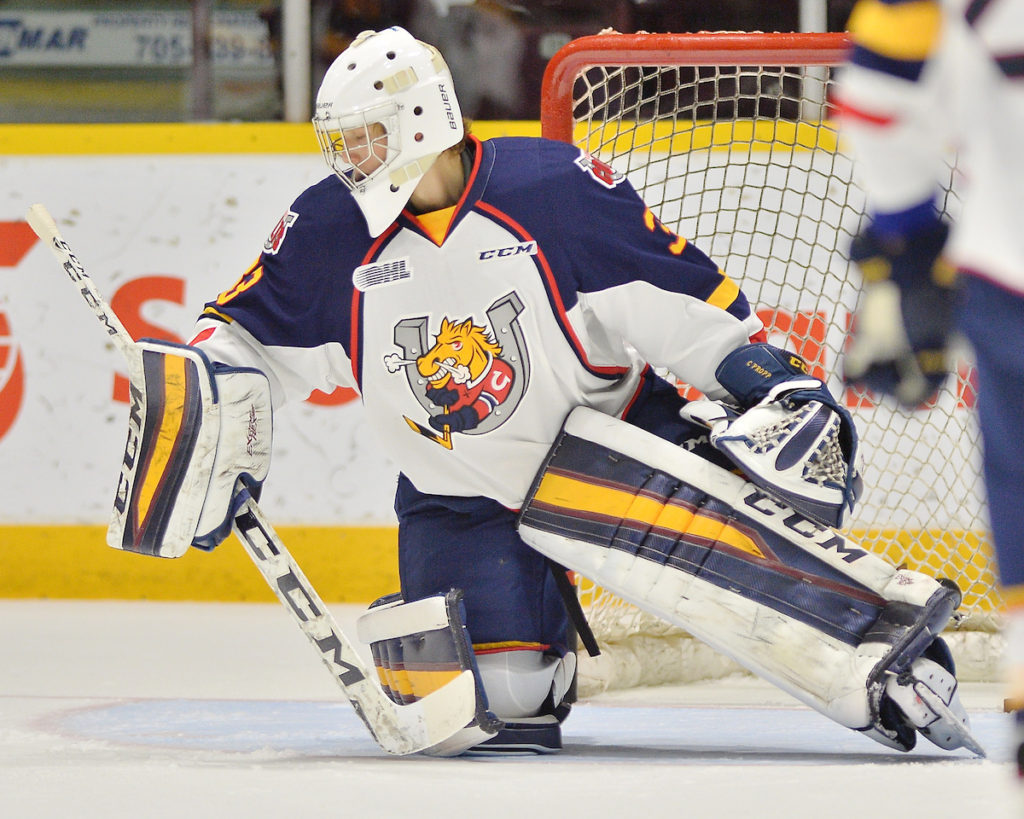 Dmitry Sokolov scored the winning goal and insurance marker in the 3-1 victory over the Colts. It was a couple of beautiful goals where the Sudbury forward put on a show as he has had the Colts number this season.

It was the annual New Years Eve game at the Barrie Molson Centre, and tonight it featured the Barrie Colts and the Sudbury Wolves. The 6th meeting of the season between the two Central Division foes, you knew it was bound to be a rough one.

It didn’t disappoint early in the first period as both teams didn’t hold back. Throwing the body all over the ice, you could feel the tension in the building.

Early in the game a sold out Barrie Molson Centre was chanting for a goal but the boys could not pot one past Jake McGrath of the Wolves.

The scoring got started instead by the Wolves at the 11:35 mark on the power-play from Ryan Valentini. He recorded his 11th goal of the season off of a point shot from Kyle Capobianco. David Levin drew the other assist.

Minutes later it was Capobianco getting on the scoresheet once again, but in the penalty column. That led to a Barrie Colts power-play which gained some momentum and as the penalty expired Giordano Finoro netted the tying goal.

The Guelph native maneuvered his way to the front of the goal to bury his 6th of the year. Cordell James and Roy Radke both picked up assists on the tying goal.

In the second period scored remained the same until the 10:08 mark on a Sudbury powerplay. Right off the draw it was Dmitry Sokolov worked his way out front and deked out Christian Propp and put the backhander upstairs for his 23rd of the season. Levin tallied the lone assist on the go ahead marker.

The Wolves have now won five of the six meetings between the two clubs this season. They will meet two more times before the end of the year.

Barrie will be back in action tomorrow afternoon as they get the New Years day game in Owen Sound, a 2pm start.