Wolves Shut Out the Colts at Home 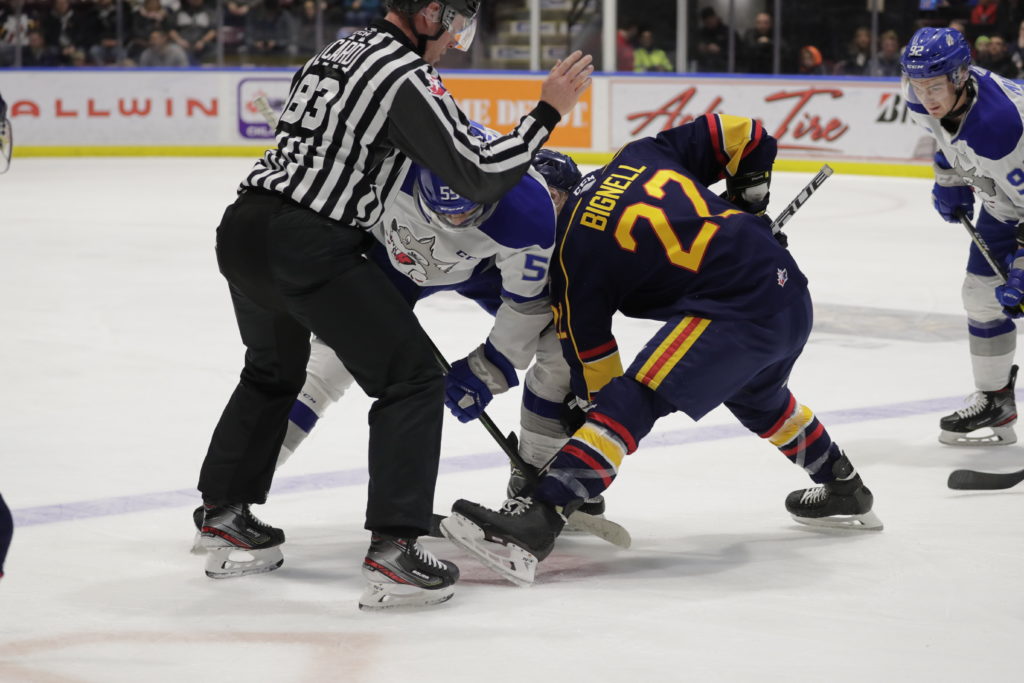 Macauley Carson would score two goals and Christian Purboo made 25 saves leading the Wolves to a 4-0 shutout win over the Barrie Colts Thursday night.

Colts starter Jet Greaves making his 19th start made 28 saves in the loss.

After a busy day in the OHL around this years trade deadline the new look Barrie Colts returned to action Thursday night. Kicking off a three game weekend the Colts would faceoff for the fifth time this season versus their Central Division rival Sudbury Wolves.

Prior to puck drop the Colts honoured and congratulated Quinton Byfield and former Colt Matej Pekar on their accomplishments competing for their countries at the World Juniors.

It was a slow start for both teams as they adjusted to new line mates in the first period. The only action was a march to the penalty box as both teams were assessed four minor penalties, but neither could take advantage on the powerplay.

After the scoreless opening frame the Colts had the edge on shot clock 10-8, but it was all Wolves from there on out.

Sudbury would break the ice nearing the five-minute mark of the second. Blake Murray slid a cross crease pass right on the tape of Wolves Captain Macauley Carson who tapped in the games first goal.

Approaching the midway point of the second the Wolves would add a pair to go up by three. Jack Thompson beat Jet Greaves to the glove side shorthanded, and two minutes later it would be Pekar feeding Byfield back door to make it 3-0 for Sudbury.

Carson would add another on the powerplay with under three minutes to go in the third and the Wolves skated away with the 4-0 victory.

The Colts will head south tomorrow night as they face off against former captain Jason Willms and the London Knights before returning home Saturday night against another MidWest division opponent, in the Kitchener Rangers.