Tucker the Hero in Missy; Series Tied at Two 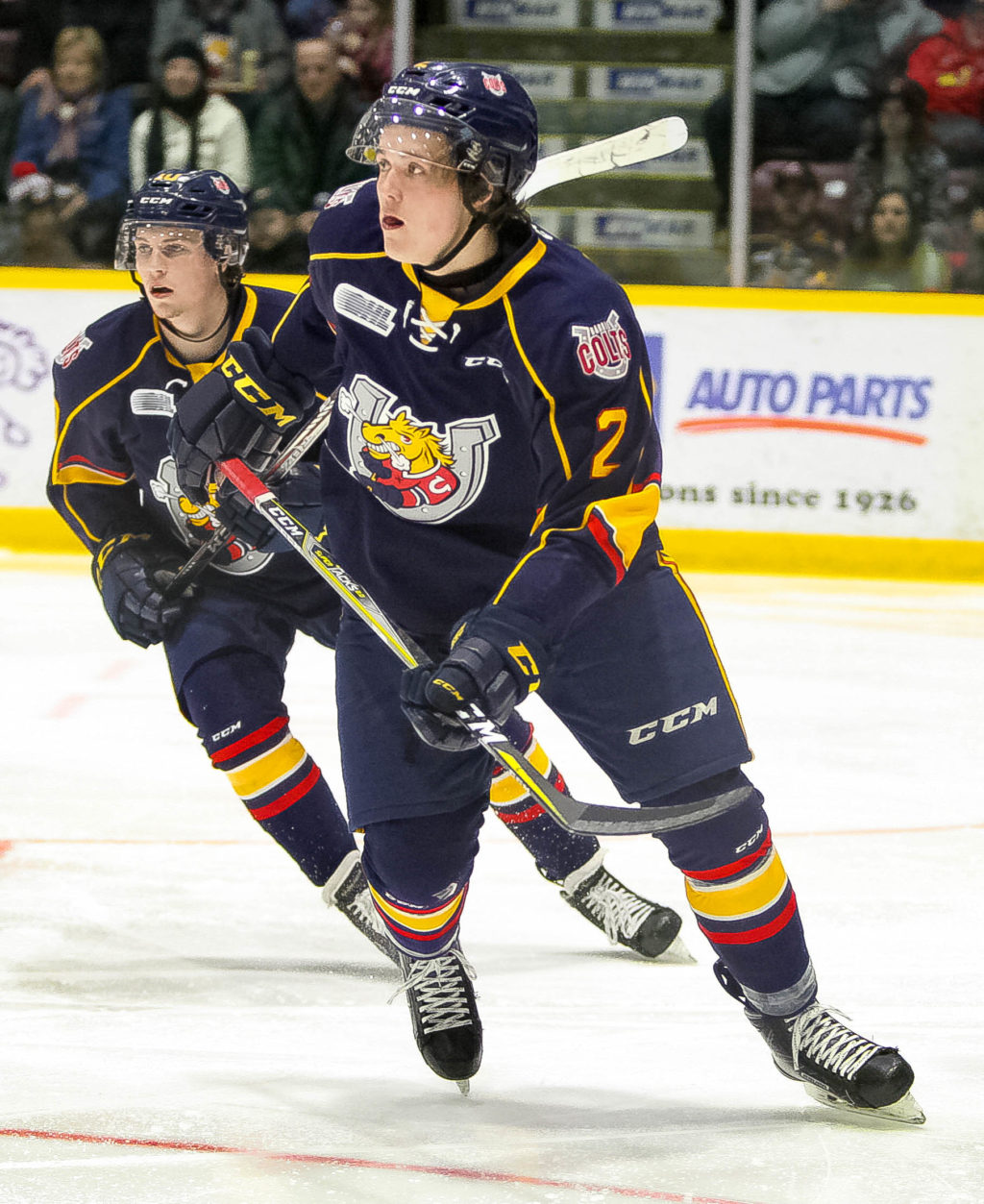 Tyler Tucker scored just 16 seconds into overtime to propel the Barrie Colts to a 5-4 victory Thursday night and tie the series at two games apiece.

Thursday night was game four of the Eastern Conference Quarterfinals between the Mississauga Steelheads and the Barrie Colts. The fish came into game 4 with the two to one series lead looking to take a stranglehold on the matchup, while the Colts came in looking to tie things up and make this one a best of three to finish it off.

In the first three games of the series it was the Barrie Colts who would strike first, and that nearly happened again very early in the opening period.

It was Zach Magwood grabbing the loose puck wide open at the side of the goal, but he missed the gaping cage and put it off the side of the net, keeping the game scoreless.

Barrie’s streak would continue though as they would put the first one of the game on the board.

It was Magwood making up for the mistake earlier in the period to make it 1-0. On a harmless looking play, the Colts forced Nicholas Hague to turn the puck over in his own end. The puck would end up on the stick of Ryan Suzuki who found the Cambridge native in front and he made no mistake, putting home his 2nd of the playoffs for the Barrie lead.

After killing off a penalty to begin the second period, the Colts came out flying with a great chance looking to extend their lead.

Ben Hawerchuk stepped into Owen Tippett to separate him from the puck which left it there for Dmitry Sokolov. He then setup Aaron Luchuk with the cross crease pass in front but Ingham denied him to keep the score at 1-0.

Just past the midway mark of the second period, the Colts were rewarded with a powerplay it was the Steelheads taking advantage. Michael McLeod put home a rebound to tie the score.

On the same advantage the Colts would respond. They caught the fish scrambling and it was Magwood with time and space walking into the slot and snapping it home for his second of the game and 3rd of the playoffs for the 2-1 lead.

Later on the Colts would take the two goal lead. Tyler Tucker knuckled a shot from the blueline that found its way through a screen and past Ingham to give the Colts the 3-1 lead. The goal was his first of the playoffs.

It looked like Barrie was going to ride that momentum into the intermission, but the Fish would answer with a goal with just over a minute remaining. Cole Carter picked up his own rebound to make it 3-2 heading into the third.

Approaching the midway point of the third period the Steelheads would even the score. Battling in front of the Barrie net, Michael McLeod created space for himself to bat the puck out of mid air on a rebound to tie the game at three.

With just over four minutes to go in the period Barrie would get the lead back. Joey Keane would skate the puck through centre and into the Steelhead zone before firing a shot that Ingham would bobble leaving the puck sitting there for Jaden Peca who poked it over the shoulder and into the net giving Barrie the 4-3 lead.

Late in the third Mississauga would get a powerplay and pull their goaltender. Just seconds into the man advantage they would score. Cole Carter would net his 2nd of the game, once again tying the game.

Tyler Tucker would net his second of the game just 16 seconds into overtime to tie the series 2-2.

Game five will go on Saturday at 7:30pm. There will also be a guaranteed game 6 that will be played Sunday afternoon at 2pm. Game 7 if necessary will be played in Barrie on Tuesday, also a 7:30pm start.

Now that the series has reached it’s 5th game, that means the Colts will be welcoming Andrei Svechnikov back in the lineup as he finished serving his fourth game of his suspension.  He will be a welcomed addition to this lineup.

Tickets for game 5 are available on barriecolts.com