Troops Shut Down the Colts 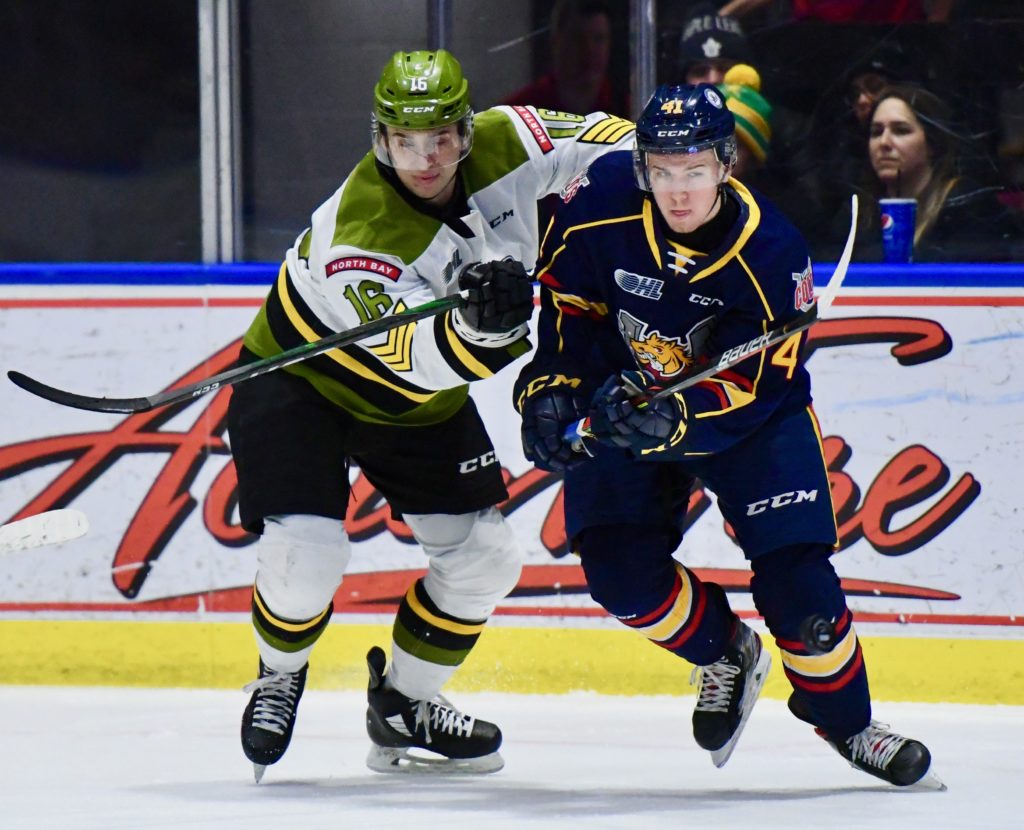 North Bay rookie netminder Joe Vrbetic shut the door all night against the Colts attack making 41 saves to earn his first career OHL shutout in a 4-0 victory for the visitors.

The Colts, coming off two big road wins returned home to face division rival North Bay. The Battalion sitting in the basement of the league standings looked like another opportunity for Barrie to extend their current win streak, but Vrbetic had other ideas.

Barrie’s powerplay would go 0 for 9 night on the night, which also ended 13 game point streaks for Tyson Foerster and Evan Vierling. Jet Greaves making back to back starts turned aside 30 saves in the loss.

A three goal first period was the difference on the night and it was Brandon Coe’s goal midway through the first, which eventually became the game winner, got things started.

Coe would streak in on the left wing and beat Greaves with a back hand past the blocker to make it 1-0.

At 17:08 Shane Bulitka buried the rebound to extend the lead and just 46 seconds later Josh Currie would hammer a Colts turnover to the back of net, as the Colts found themselves down by three after twenty minutes.

After a penalty for a slew foot was reviewed with just over seven minutes remaining in the second the Colts were handed a five-minute powerplay to work with. The Colts fired shot after shot towards the Batallion goal, but Vrbetic would stymie every chance including a huge back door stop on Ethan Cardwell.

It was much of the same throughout the third period. The Colts were given numerous opportunities with the man-advantage, but could never find the answer to get any momentum on their side. The Battalion playing the thorn in the Colts side as they have many times over the years would halt the Colts current win streak.

Mitchell Russell added one more dagger into the empty cage as the remaining seconds rang off the clock on this night.

The Colts wrap up a busy stretch with a Family Day road trip to Kingston for a Monday afternoon matchup with the Frontenacs.