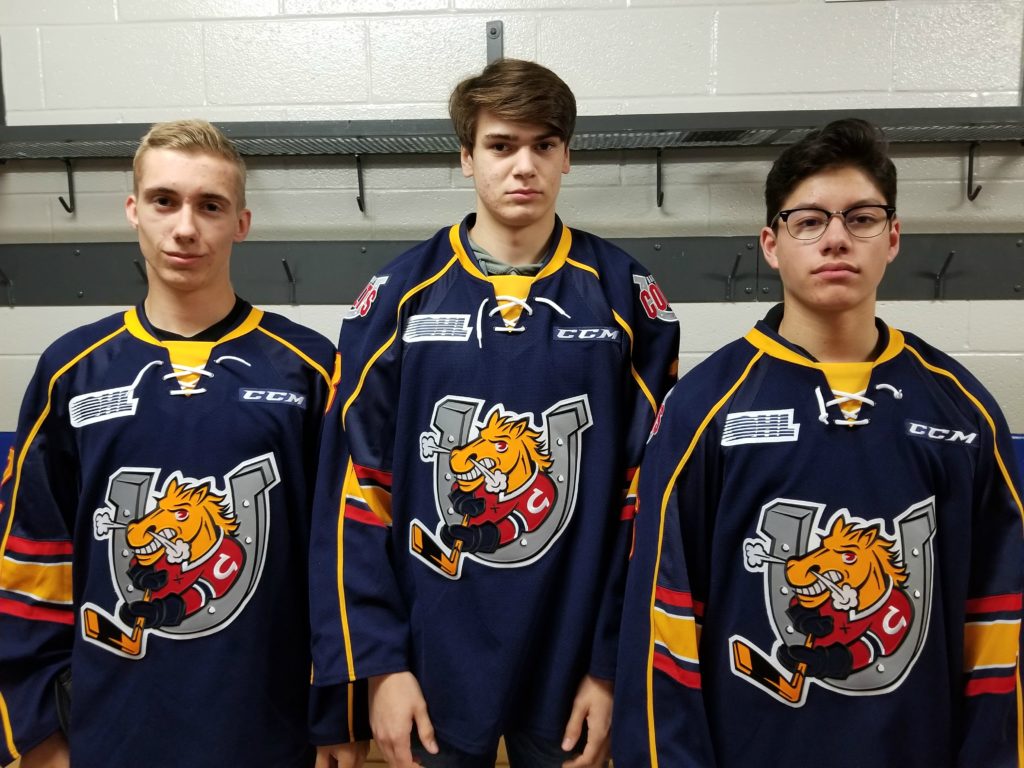 “We are pleased to welcome these individuals to the hockey club, and we very excited about their abilities and what each is capable of,” said GM and Head Scout Jason Ford.

Victor Hadfield was selected with the first overall pick of the inaugural OHL Under-18 Priority Selection last April from the Hamilton Jr. Bulldogs Midget AAA.

“When the coaches ask me if I was ready to become a Barrie Colt I was speechless, it’s very exciting for me to be here”, the grandson of the 1960’s and 1970’s New York Rangers and Pittsburgh Penguins star Vic Hadfield, stated following his signing.

Bignell, 16, played last season with the Kitchener Dutchmen of the Greater Ontario Junior Hockey League, where he appeared in 48 games, tallying 14 goals and 35 points. The Barrie Colts selected the Kitchener, Ontario native in the 5th round (85th overall) in the 2016 OHL Priority Selection draft.

“I’m honoured to become a Barrie Colt, it’s a privilege and has been my dream to play in the OHL” Bignell said.

Mathew Hill was selected in 4th round (61st overall) in the 2017 OHL Priority Selection draft, playing last season with the Toronto Junior Canadians Minor Midget AAA. When asked about his signing the Mississauga, Ontario native replied, “I was lost for words, I’m looking forward to the opportunity to play for the Barrie Colts”.