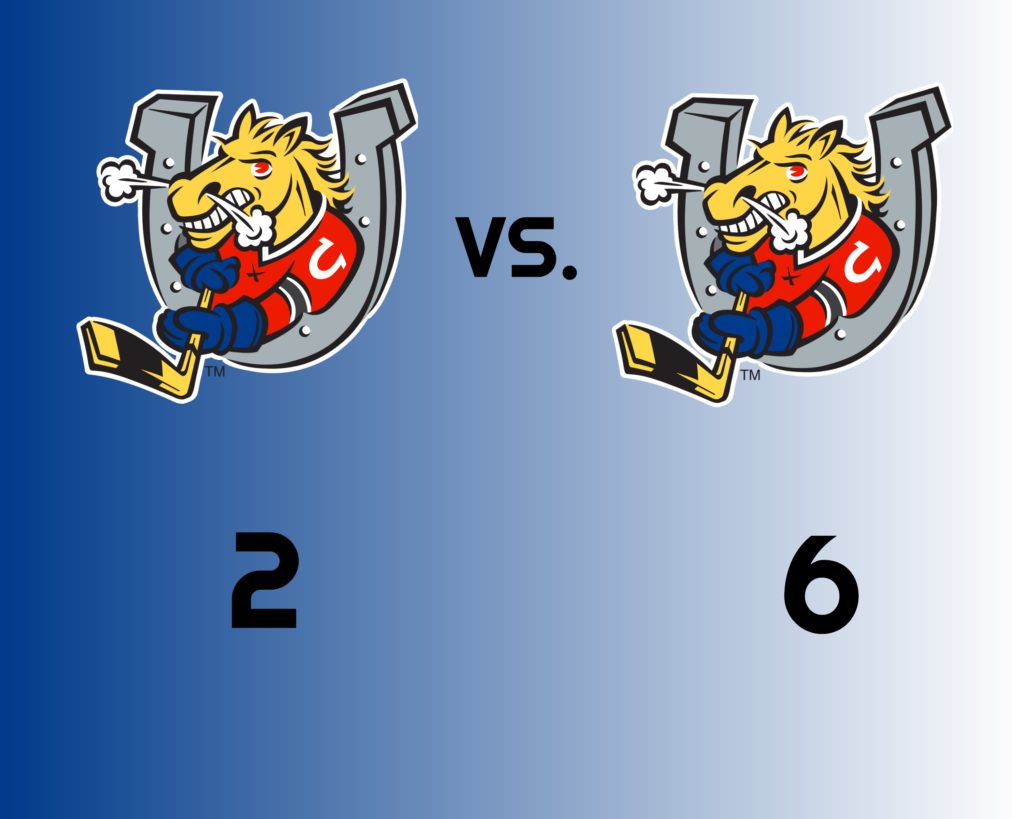 It was Team White picking up the win with a 6-2 final over Team Blue in the annual Blue and White game at the Barrie Molson Centre Thursday night and Day 3 of Colts Training Camp.

With both teams looking to make an impression in the final intrasquad game of the preseason the scoring would get started early and often.

The game got kicked off just two minutes in as Team white would open up things up. David Sherman would slide a pass across the slot for Sam Rhodes who one timed pass to the back of the net.

Moments later with Team Blue on the games first powerplay, Colts veteran Ben Hawerchuk would find the loose puck off a bounce in front of whites net to even things up. Assists going to Ryan Suzuki and Lucas Chiodo.

White would strike back quickly. Skating down the left wing David Sherman would throw a harmless shot towards the goal bouncing off a Team Blue defender and into the back of the net to make it a 2-1 game.

Team White wasn’t done yet. Alexandre Charlebois would add another marker with a low shot from the point to put give his squad a two goal lead. Assists going to Alexey Lipanov and Nathan Allensen.

With just over a minute to play in the first Team White would keep coming increasing the lead to three. Lipanov skating through the zone would find Andrei Svechnikov back door for the easy tap in to round out scoring in the opening frame.

As the two teams moved into the midway point of the game both would begin to play a tight checking game with only one goal coming in the second period.

Just past the four minute mark it would be Team White again. This time it was Patrick Del Vecchio picking off a pass in the neutral zone getting sprung in all alone finishing off a beautiful deke to give Team White a 5-1 lead.

With seven minutes remaining in the middle frame, Team Blue’s Aidan Brown would be sprung on a breakaway but goaltender Jet Grieves would make a big right pad save to maintain the Team White lead heading into the final frame.

Five minutes into the third period Team Blue would get one back. A pair of familiar line mates would connect, as Hawerchuk would find Chiodo alone in front making no mistake firing a shot under the bar.

Allenson would add one more for Team White into the empty net to seal a 6-2 victory.

The boys continue pre season action with a trio of exhibition games as they head to Niagara to face the Icedogs Friday night before travelling to Owen Sound for a matinee meeting Sunday with the Attack. The two teams will return to the BMC to face off again Monday evening for a 6pm puck drop.

Tickets are available at www.barriecolts.com