Steelheads Need Overtime to Down Colts 4-3 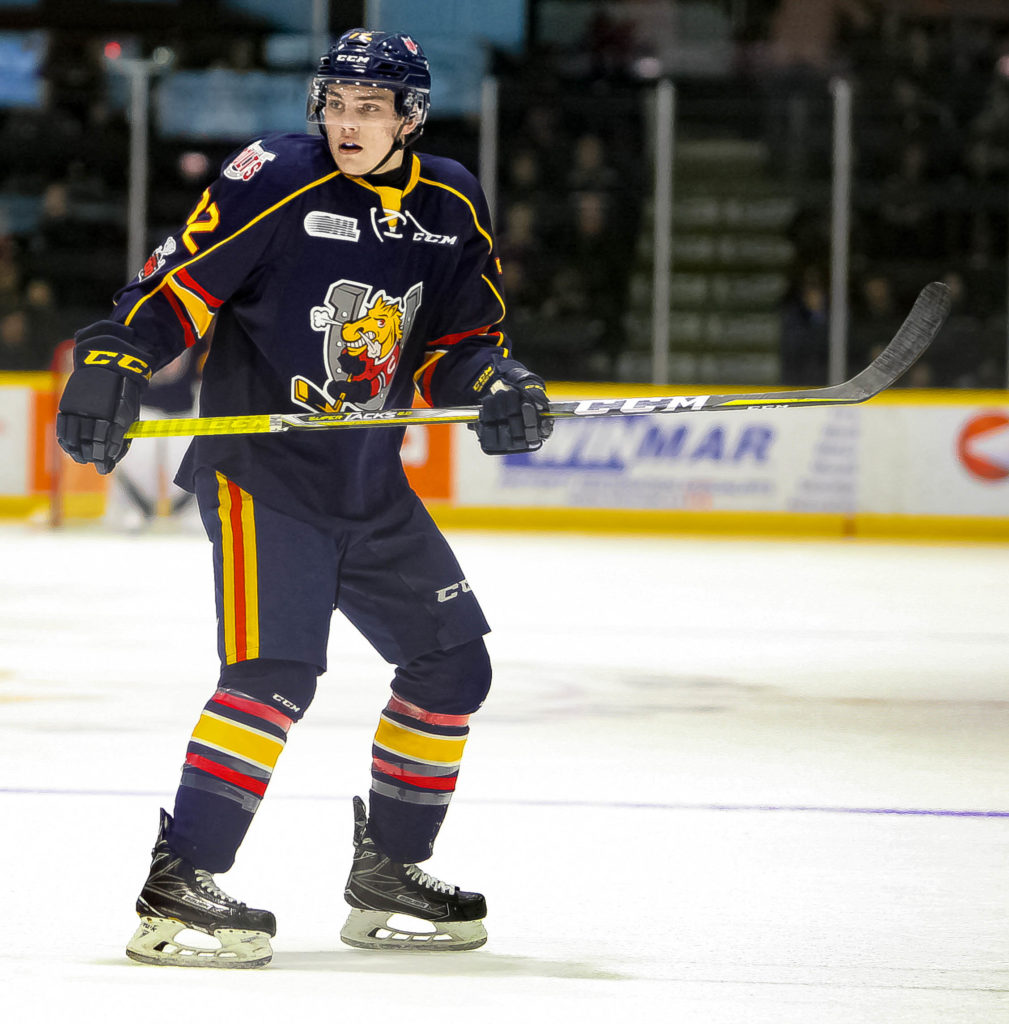 Thomas Harley snapped home the game winning goal 2:08 into overtime to win the game 4-3 for Mississauga over Barrie at the Paramount Fine Food Centre.

Friday night saw the Colts playing just their third road game of the month in Mississauga against the Steelheads.

Coming into the weekend it was looked at as a great chance for the Colts to move themselves up the standings a bit or to at least gain some ground on opponents ahead of them.  Things didn’t start off as planned with a loss Thursday night at home against Hamilton.

It didn’t change in the first period against the fish in Mississauga on Friday.  A two goal first period by the home club put the Colts behind the eight ball early.  Just four minutes in it was Cole Schwindt notching the games first marker.

At the midway part of the frame, the Steelheads added to that lead with a goal from Liam Ham to carry the 2-0 lead into the first intermission.

In the second period it was a much stronger period by the Barrie Colts, yet there was only one goal scored.  Fortunately, it was Barrie cashing in.  Aidan Brown pounced on a rebound from a shot from the point to cut into the Steelhead lead.  The goal was his 7th of the season, assisted by Victor Hadfield and Chris Cameron.

In the third, Barrie would find  a way to tie things with a goal from Nathan Allensen who scored his 3rd of the season with assists coming from Jack York and Ryan Suzuki.

Past the midway mark it was the Steelheads regaining their lead.  Mississauga’s captain Cole Carter put home a rebound past Jet Greaves for the 3-2 lead.

Late in the third, Barrie was awarded a power play that they didn’t waste much time on, even while having the goalie pulled.  Jacob Tortora was robbed on his first attempt after a cross ice pass from Suzuki, but he banged home the rebound for his 11th of the season.  Tyler Tucker also assisted on the goal.

In overtime Thomas Harley snapped home the winner to give the fish their 4th straight victory.

Barrie is back in action tomorrow night as they play host to the Kingston Frontenacs at 7:30pm.