Spirit Double Up Colts, 6-3 in Murray’s Welcome Back 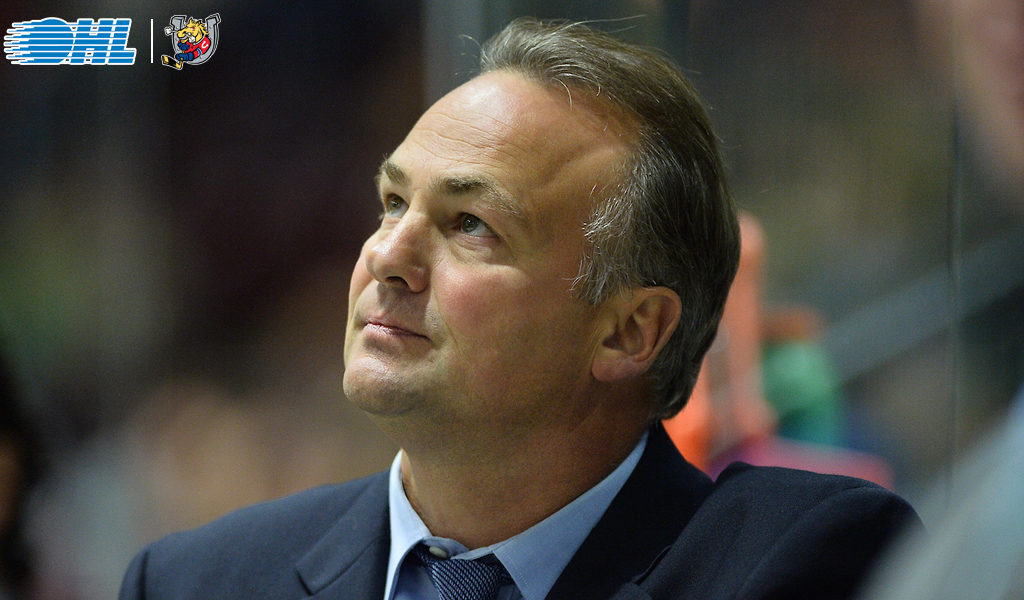 The Saginaw Spirit scored the games first four goals of the game en route to a 6-3 victory over the Barrie Colts on Thursday night.

Saginaw was the 2nd last team to visit the Barrie Molson Centre this season and it came with a special little welcome as they also brought in former Barrie captain, Justin Murray.

Before the game the Colts welcomed back their former captain with a tribute video and a jersey.

In the early goings it was the Spirit hitting the scoreboard first, with their first shot on net.  An Owen Tippet pass found Cole Perfetti who was sprung in and beat Kai Edmonds to open the scoring.

Later in the period, Saginaw struck for another one as Brady Gilmour outwitted Edmonds and slid it between his legs for the 2-0 lead.

The 2nd period didn’t start off much better, as two Spirit goals back to back made it 4-0, including a highlight reel goal from Owen Tippett who went between his legs to score to make it 4-0.

That wouldn’t hold Barrie back though as just moments after that, Tyson Foerster got the puck at the Saginaw blue line for a partial breakaway and he snapped home his 5th goal of the season to make it 4-1.

They wouldn’t start there, after a Barrie penalty it was the Colts who would strike for a goal.  Ben Hawerchuk found Jason Willms streaking towards the goal and he laid a stick on it and tipped it in to make it 4-2.  Chris Cameron also assisted on Willms’ 15th of the season.

It looked like it was going to be a tough battle and a two goal game heading into the third but a late goal with five seconds remaining in the period Damien Groulx tipped in a point shot to extend the lead to 5-2.

Cole Perfetti would get the scoring started in the third by putting home the 6th Saginaw goal.

Just moments later it was a career moment for Victor Hadfield who tallied his first career OHL goal on a pass from Jake Partridge who set him up wide open in front of the net.